Grid operators and NGOs at odds over gas infrastructure planning 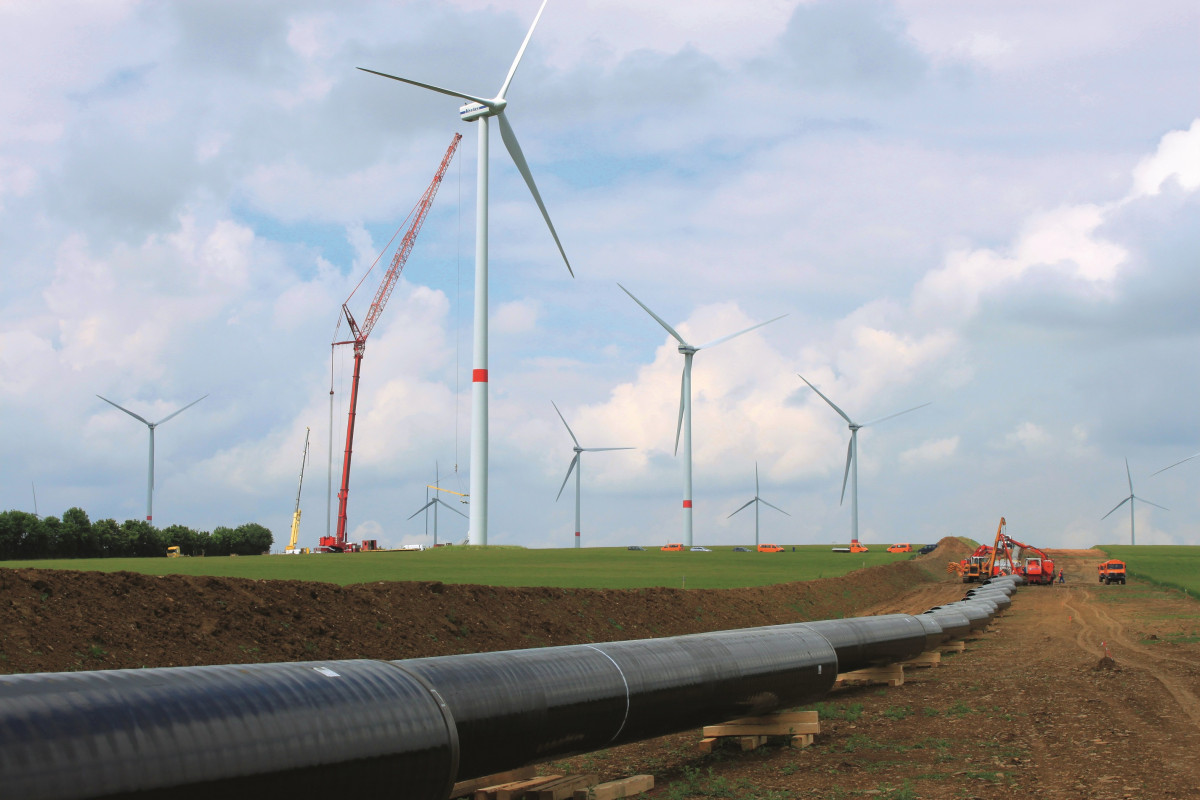 Gas infrastructure development is a controversial issue as the role of gas in the energy transition is put into question. Photo: Open Grid Europe.

Russia’s war against Ukraine pushes governments across Europe to overhaul their plans for gas infrastructure such as pipelines or import terminals for liquefied natural gas (LNG). Substituting only half of Russian gas imports forces Germany to invest an additional 2.1 to 2.4 billion euros to adapt its gas transmission grid over the coming decade, say network operators in a preliminary planning document. But NGO Environmental Action Germany (DUH) and the Heinrich Böll Foundation - a think tank closely affiliated with the German Green Party - call on European governments to avoid building up too much new fossil gas infrastructure, and instead push forward the energy transition.

German gas transmission grid operators and environmental NGOs are at odds over the extent to which infrastructure such as LNG import terminals and pipelines must be built as Europe tries  to wean itself off Russian imports.

Germany will have to invest an additional 2.1 to 2.4 billion euros in its gas transmission grid over the coming decade to ensure future LNG imports can be transported across the country and gas flow direction adapted in some regions, said the grid operator group FNB Gas.

Planning future infrastructure projects, the network operators are struggling to keep pace with the quickly changing supply situation resulting from Russia’s war against Ukraine and its consequences for energy imports. “We’re not in business-as-usual – it’s a completely new situation, which continues to change quickly,” said Inga Posch, managing director of FNB Gas.

Whereas the supply of Russian natural gas was considered secure for decades, writes FNB Gas, the changed situation forces Germany to diversify energy sources to a much greater extent and to accelerate the switch from natural gas to green and climate-neutral gases such as hydrogen.

We’re not in business-as-usual – it’s a completely new situation, which continues to change quickly.

The grid operators have therefore published an interim report on expansion plans for 2022-2032 – a planning document which is usually meant for mid-term projects – with the final document following at a later date. The plans presented today (6 July) might soon have to be changed again as they calculate with scenarios in which only half of Russian gas is substituted.

“I can already tell you that we will be assessing new scenarios in which the entirety of gas from Russia is substituted,” said Posch. She emphasised that grid operators from Germany are coordinating efforts with those in neighbouring countries. "The European perspective must be taken into account, we are not alone in this."

We thought gas was the bridge to the age of renewable energies. That has turned out to be a mistake.

Coordinated planning in Europe is one thing Environmental Action Germany (DUH) and the Heinrich Böll Foundation can sign on to. The two organisations presented a new report on the future role of gas in Europe today in Berlin.

Sascha Müller-Kraenner, managing director at DUH, called for a “joint master plan” in Europe. “In view of the fact that we live in a common economic area, with a common market and a common energy policy, I would like to see common planning and not infrastructure being built everywhere that results in gigantic overcapacities”.

The report presents a long list of policy recommendations, - with speeding up the energy transition topping the list. At the same time, the upcoming investment cycle had to be used “very carefully to avoid perpetuating future gas consumption and carbon lock-in” and EU member states had to find a way to distribute limited fossil gas supplies. All future infrastructure planning should be oriented towards achieving climate neutrality by 2050 at the latest, the EU target, according to the report.

Avoid overcapacities through speeding up the energy transition

Ingrid Nestle, climate action and energy spokesperson for the parliamentary group of the ruling Greens, emphasised the role of speeding up the energy transition to avoid overcapacities. “The most important thing is to credibly promote renewables, efficiency and energy saving and to show that this gas is not needed,” she said.

The government had been taken by surprise with the war against Ukraine and its effects on the supply of gas, said Christian Maaß, who heads the Energy Policy - Heat and Efficiency Department in the economy ministry. “We thought gas was the bridge to the age of renewable energies,” he said in Berlin. “That has turned out to be a mistake.” The bridge was shorter now and the goal at the end of the bridge far from being reached, so that a major joint effort was needed, he said.

Maaß said installing primarily floating LNG units helped with avoiding unnecessary built-up. “A great deal has already been gained by deciding – for pragmatic reasons, so that we can get started quickly – that we will now focus primarily on the floating units.”

Germany plans to build several LNG terminals to import the fuel as part of the efforts to secure supply. Some of these will be floating terminals – essentially ships that are being leased and dock at ports to re-gassify the fuel and feed it into the grid. The country has a well-developed natural gas pipeline grid and is connected to terminals in neighbouring countries, but does not currently have its own port to receive LNG directly.