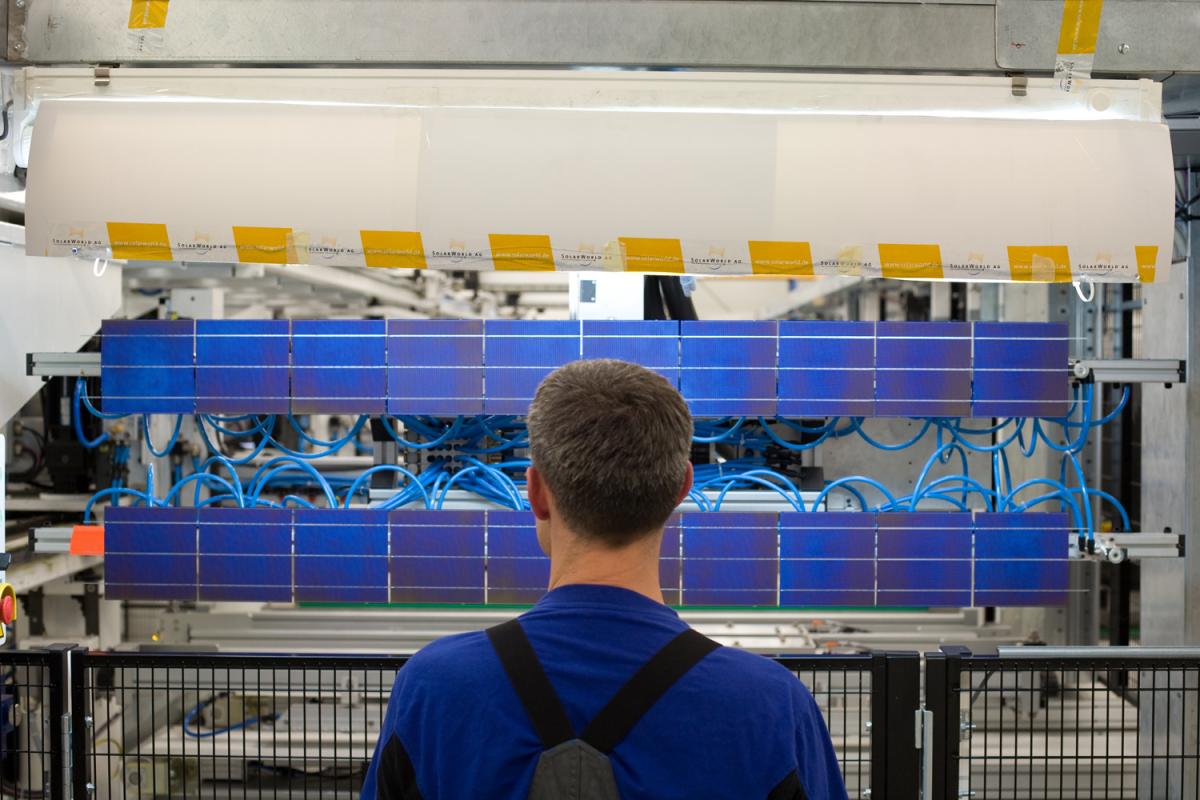 Panel manufacturing at a SolarWorld site. Source - SolarWorld.
Once the flagship of German solar energy, PV panel manufacturer SolarWorld has filed for insolvency, in what founder Frank Asbeck called a “bitter step for the German solar industry”. The company blamed plummeting prices caused by intense Chinese competition, while media commentators pointed out management mistakes. Solar industry association BSW said the demise of SolarWorld did not mean the end of the industry in Germany. Many companies were successful with businesses other than module production, such as energy storage or servicing, according to BSW.

Germany was once the world’s largest market for solar panels and a technology pioneer. Solar PV is one of the key pillars of the country’s generational project Energiewende, the switch to a low-carbon economy without nuclear power.

The German solar industry experienced a spectacular boom in the mid-2000s after the introduction of generous feed-in tariffs that guaranteed solar power producers a fixed power price for a 20-year period. But after the feed-in tariffs were slashed and cheaper Chinese modules entered the market at the turn of the decade, the German industry collapsed, felling other major players such as Q-Cells, Solon and Conergy. Then, SolarWorld avoided insolvency by restructuring and petitioning for antidumping measures.

Chief executive Frank Asbeck blamed China for flooding the market with cheap modules. "SolarWorld has led the fight against illegal price dumping in the United States and Europe,” he said in a statement on Wednesday. “This dumping has further intensified, however." He added that Chinese manufacturers had circumvented antidumping measures, for example by moving production to neighbouring countries. 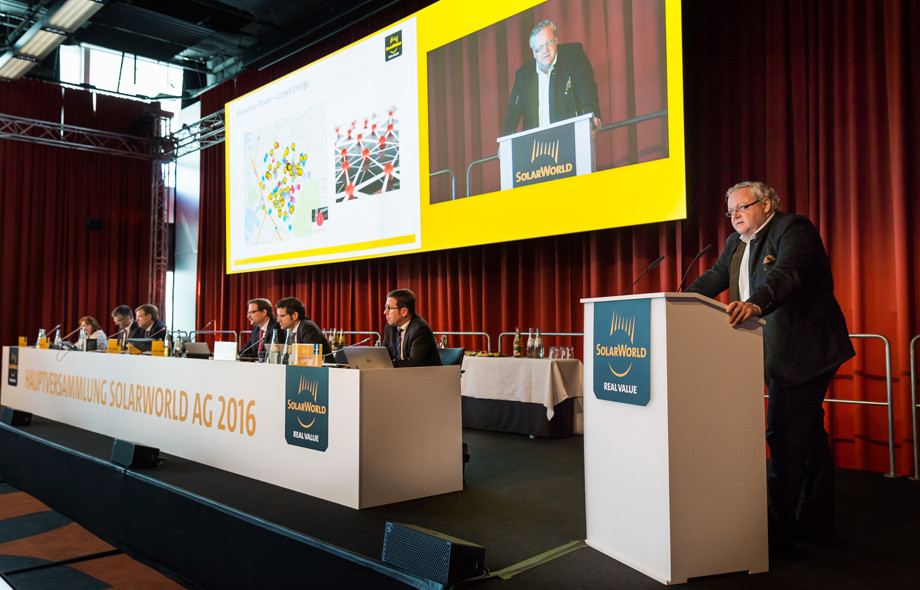 The company had presented an austerity programme in March in response to plummeting prices for solar PV modules. It remains unclear what the company’s insolvency means for the about 3,000 employees. “We will make every effort to save as many jobs and as much production as possible,” Asbeck said.

“The Energiewende continues,” said Wedepohl. The country “still has successful companies working on the entire value chain”. This includes providing expertise in areas such as storage or facility maintenance. “We are well-positioned – even though there is pressure,” said Wedepohl.

Commentators in the German media said SolarWorld’s management had made serious mistakes. The insolvency of the former PV champion was first and foremost down to CEO Frank Asbeck’s inability to find an appropriate business strategy to react to cheap Chinese competition, Daniel Wetzel wrote in Die Welt. Most European PV companies “realised many years ago that it does not make sense to try to compete with gigantic Chinese production capacities” and instead opted to specialise in high-end niche products and innovation, according to Wetzel.

In business daily Handelsblatt, Franz Hubik wrote it was Asbeck’s biggest error not to put the company on a new footing after the first crisis. “It would have been an alternative to develop clever energy solutions with storage, solar facilities and intelligent power control systems. Instead, Asbeck continued to bet on the mass production and sale of interchangeable goods. This concept was bound to fail.”