Wind power course at stake in election in "cradle of Energiewende" 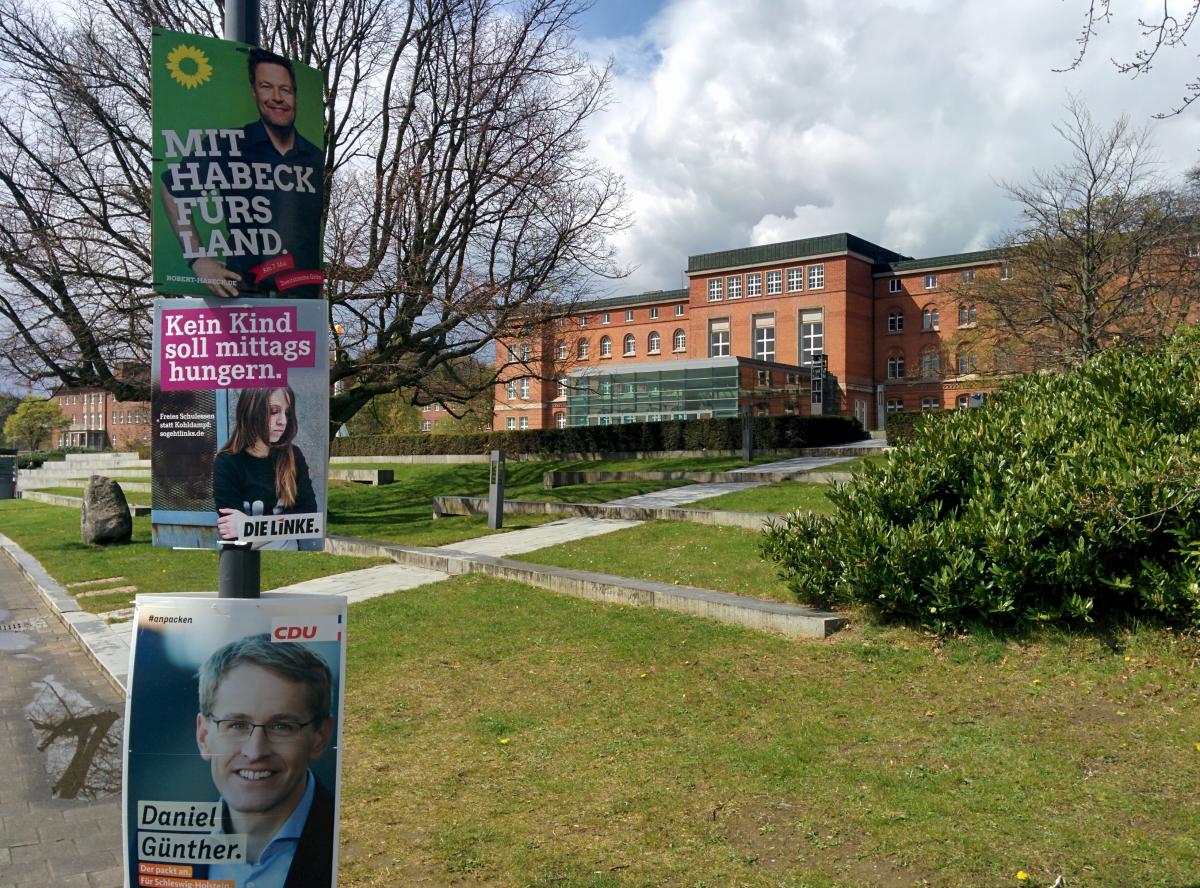 State parliament of Schleswig-Holstein in Kiel. Source - CLEW 2017.
Nicknamed the “cradle of the Energiewende” by its own government, Germany’s northernmost state, Schleswig-Holstein, embodies some of the most pressing challenges and solutions to the country’s energy turnaround. With their decision in the regional elections on 7 May, voters in the wind power state will determine the speed and direction of their move to a low-carbon economy. Topics such as education and infrastructure have dominated the campaign, but the dispute about wind power expansion kept energy policy on the contenders’ agendas [Update links to CLEW article on elections in North-Rhine Westphalia].

Windy Schleswig-Holstein, its population of three million wedged between the North and Baltic Seas, has Germany’s second largest onshore wind power capacity and produces more renewable power than it uses. Yet the lack of power lines both within the state and to the energy-hungry South means some green power is lost because it can’t reach consumers.

“Schleswig-Holstein is illustrative for the whole country’s energy transition,” Ingrid Nestle, state secretary in the energy ministry (MELUR), told the Clean Energy Wire in her office overlooking the state's capital. “With a high share of fluctuating power from renewables, we already have a situation that the whole of Germany will face in 15-20 years.”

Nestle works for Schleswig-Holstein’s widely popular Energiewende minister and Green politician Robert Habeck. A recent survey showed that 54 percent of voters are satisfied with his energy transition policy – the highest approval rating of all policy areas polled. Social Democrats (SPD) with state premier Torsten Albig, the Green Party and Danish and Frisian minority party (SSW) currently form a well-liked government coalition. However, recent polls show they might lose the majority, throwing open coalition-building in the state, which accounts for 4 of the 69 votes in the Bundesrat, the assembly of state governments that has a say in federal law-making.

Conservative frontrunner Daniel Günther (CDU), who trails Albig in popularity ratings, promised in the campaign to wipe current wind power expansion plans off the table, increase the minimum distance between turbines and the nearest home, and slow down development to let lagging power grid expansion catch up.

Wind power dominates when it comes to energy policy, but topics like education and infrastructure development are more important to most voters, according to Wilhelm Knelangen, senior lecturer at the Department of Political Science at Kiel University. “And only a small fraction of the state’s population is passionate in its opposition to wind power expansion,” says Knelangen. But in a tight race, even a small group might be enough to tip the scales and the CDU’s campaign strategy could prove successful.

The latest poll by Infratest dimap sees the conservatives at 32 percent, with the SPD on its tail at 31 percent. The Green Party defies negative national trends and polls at 12 percent. 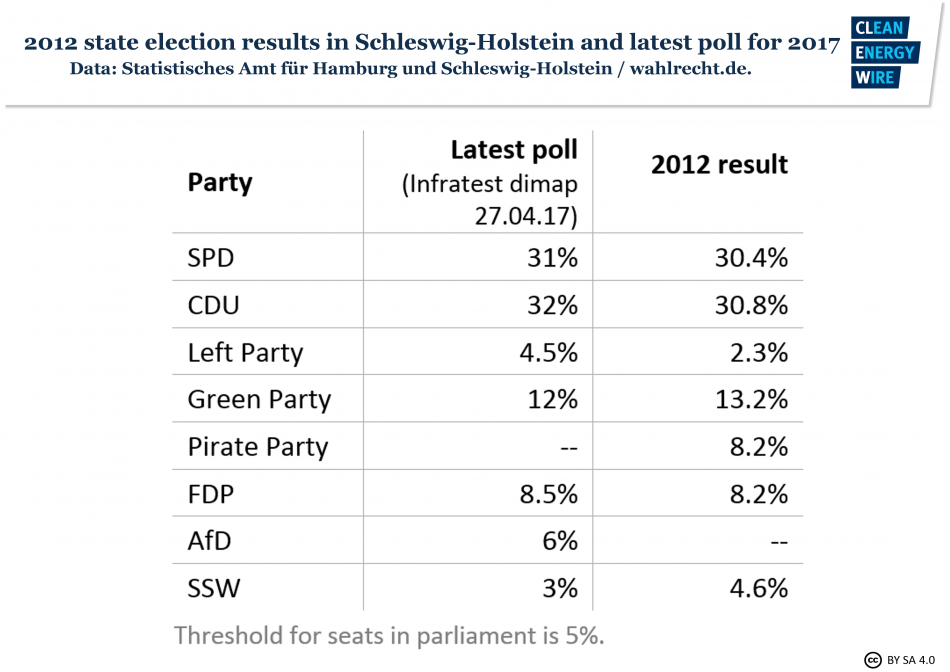 “The race is completely open,” says Knelangen. If right-wing party Alternative for Germany (AfD) and the Left Party make the 5-percent threshold required to enter parliament, the current coalition might not get enough seats to continue.

Schleswig-Holstein is an indicator for the national elections in September, but the most populous state, North Rhine-Westphalia (NRW), will be even more important. On May 14, voters in Germany’s traditional coal and heavy industry heartland decide on their next government.

In 2015, turbines on land and offshore together with solar PV and biomass facilities covered  115 percent of the state’s power consumption. But because the state exports power on a large scale, renewables were responsible for 53 percent of gross power production that year, with nuclear accounting for 33 percent and coal for 10 percent.

Minister Habeck has called the Energiewende a “job motor” for the state, where almost 19,000 people install, maintain and operate renewable energy facilities, and about 2.6 billion euros stemming from the renewables surcharge filled the books of solar, bio-energy and wind park operators in 2016.

The state branch of the Social Democrats was probably the first in Germany to use the term “Energiewende” as party policy in 1979. The current government in 2016 introduced an Energiewende and Climate Protection Law which – much like the federal government’s Climate Action Plan 2050 – includes emission reductions targets and sets goals for the amount of electricity produced from renewable sources. “We like to say that Schleswig-Holstein is the ‘Cradle of the Energiewende’,” state secretary Nestle told the Clean Energy Wire.

Wind power expansion, however, has run into several roadblocks over the past years. In 2015 a state court struck down regional planning for wind development, which led to an ongoing moratorium on new wind turbines, which is likely to last until the end of 2018. New facilities may only be built with a special permit.

The 2016 reform of the federal Renewable Energy Act (EEG) put a nationwide cap on wind power development and introduced even lower limits for regions where the electricity grid could not cope with the amounts of fluctuating renewable power – including Schleswig-Holstein. The reform also introduced auctions for renewables support. The move sparked fears that a complicated and costly tender process would deter regular citizens, who now have shares in many existing wind parks. 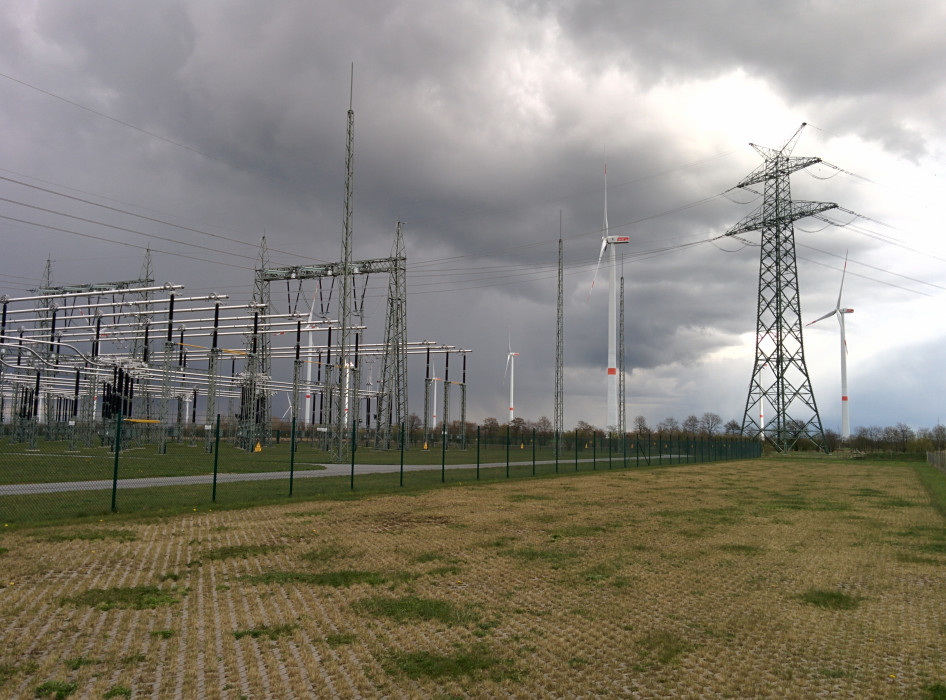 But the lack of adequate grid remains the main issue. For Schleswig-Holstein’s excess wind power, the problem of grid stability is also homemade. “We currently don’t need to turn off wind turbines because of the bottleneck from Germany’s north to the south, but because we can’t even get the electricity to [bordering port city] Hamburg,” says Green state secretary Nestle. 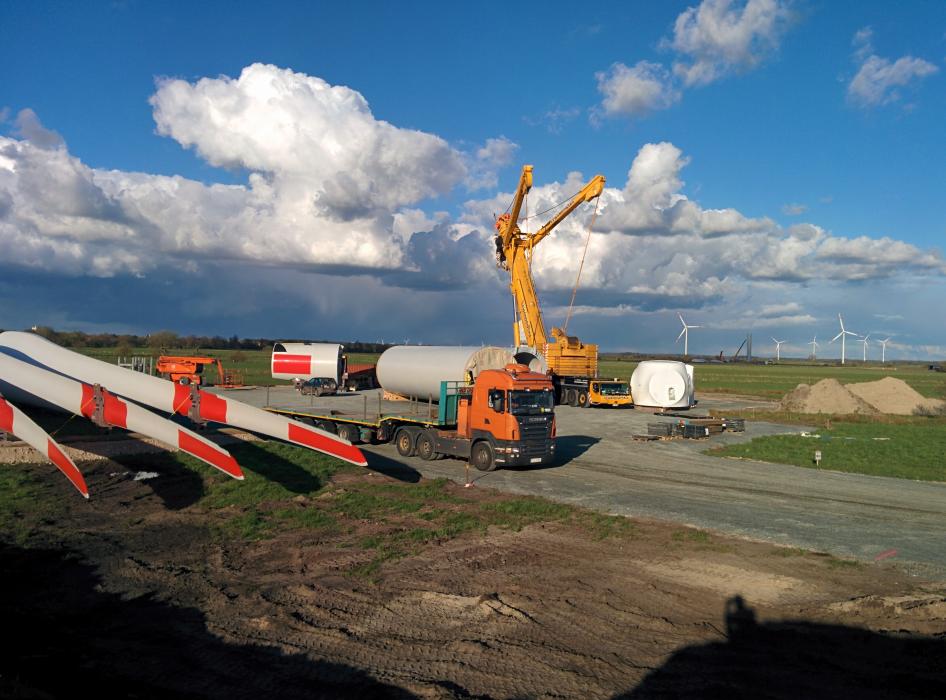 CDU candidate Günther stresses the lack of grid connections. “You know that with every additional wind turbine in Schleswig-Holstein, we’re currently in no way contributing to the Energiewende, because we lack the grid,” Günther told state premier Albig in a recent radio debate.