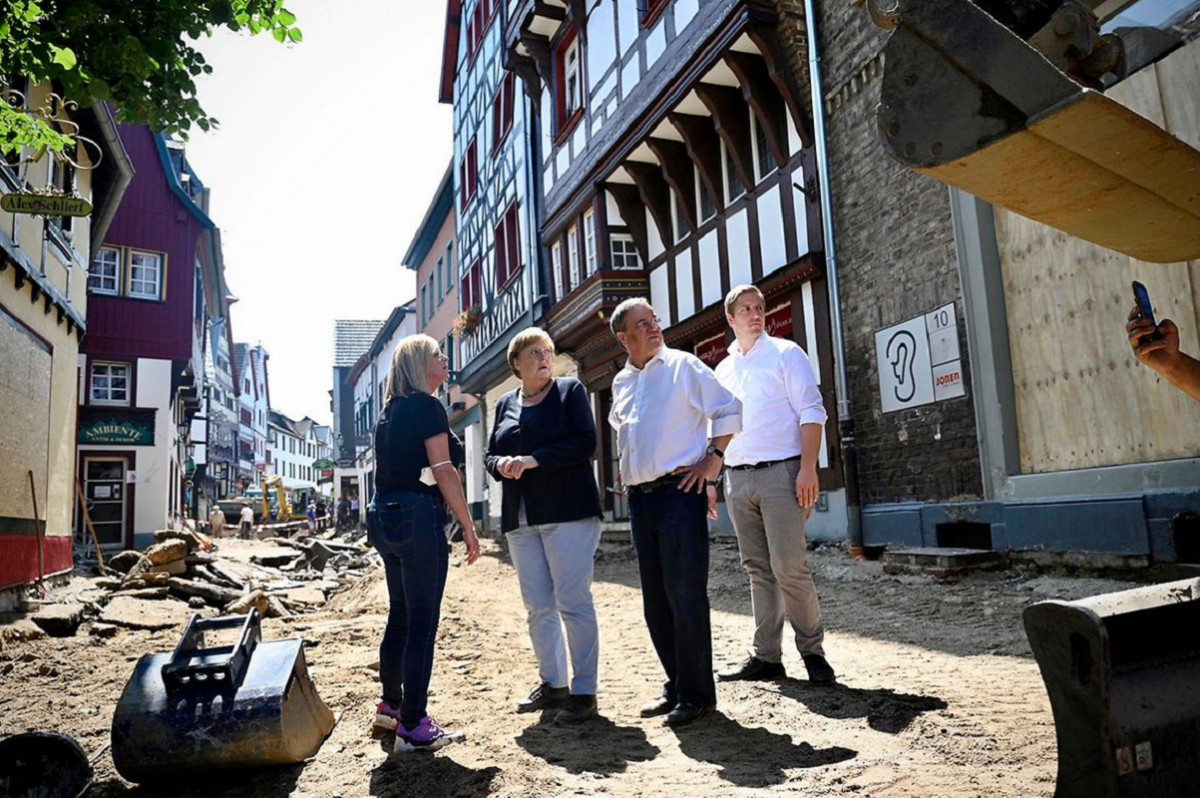 “My political life has been characterised by the work against climate change,” German chancellor Angela Merkel said at her traditional summer press conference in Berlin. Merkel, who after 16 years as chancellor for the conservative CDU will step down after general elections in September, was scrutinised about her climate policy track record. She stated: “I have put a lot of energy into climate protection […] And yet I am sufficiently equipped with scientific understanding to see that the objective circumstances mean that we cannot continue at this pace but that we have to move faster.”

Merkel named her “long” support for the Kyoto Protocol, rather than embracing voluntary climate action as later established in the Paris Agreement, as a mistake during her time as chancellor. She also said that her government has not yet found a solution to ensure that people living in Germany’s rural areas, where new renewable energy infrastructure is concentrated, are more accepting of these changes. Merkel said that incentives were needed so that planning new infrastructure would be met with less resistance and could be completed faster. Asked about the decision to phase-out nuclear power in Germany by 2022, Merkel said “I think the nuclear phase-out is the right thing to do for Germany,” adding that this could be seen differently by other countries and activists who push for climate neutrality. “I don't think nuclear energy is a sustainable form of energy in the long term,” Merkel said. “And I don’t foresee that any future German government will change this." Because of the dual phase-out of nuclear and coal power, Germany will need to increase renewables production as quickly as possible and use natural gas as a bridge, Merkel said.

Merkel, who has both been called the “climate chancellor” for her international engagement but has also been heavily criticised for slowing down emission reductions in some sectors, said that she perceived the young climate activists of Fridays for Future as a driving force, but that they didn’t represent the only opinion in Germany. This means politicians must find majorities for their measures. “Sometimes I wish this could be done a bit faster,” she said. Merkel added she has also faced opponents within her own party, whom she had to tell that “you can’t introduce CO2 pricing and then make a carbon leakage regulation that gives everyone who has to pay a little more their money back again.”

Latest polls indicate that Merkel will likely be succeeded by CDU chancellor candidate Armin Laschet, whose party is in the lead ahead of the Green Party and the Social Democrats (SPD), two months before the September 26 elections. All major parties have included climate action proposals in their election programmes, but the CDU’s has been criticised for its lack of ambition and detail.