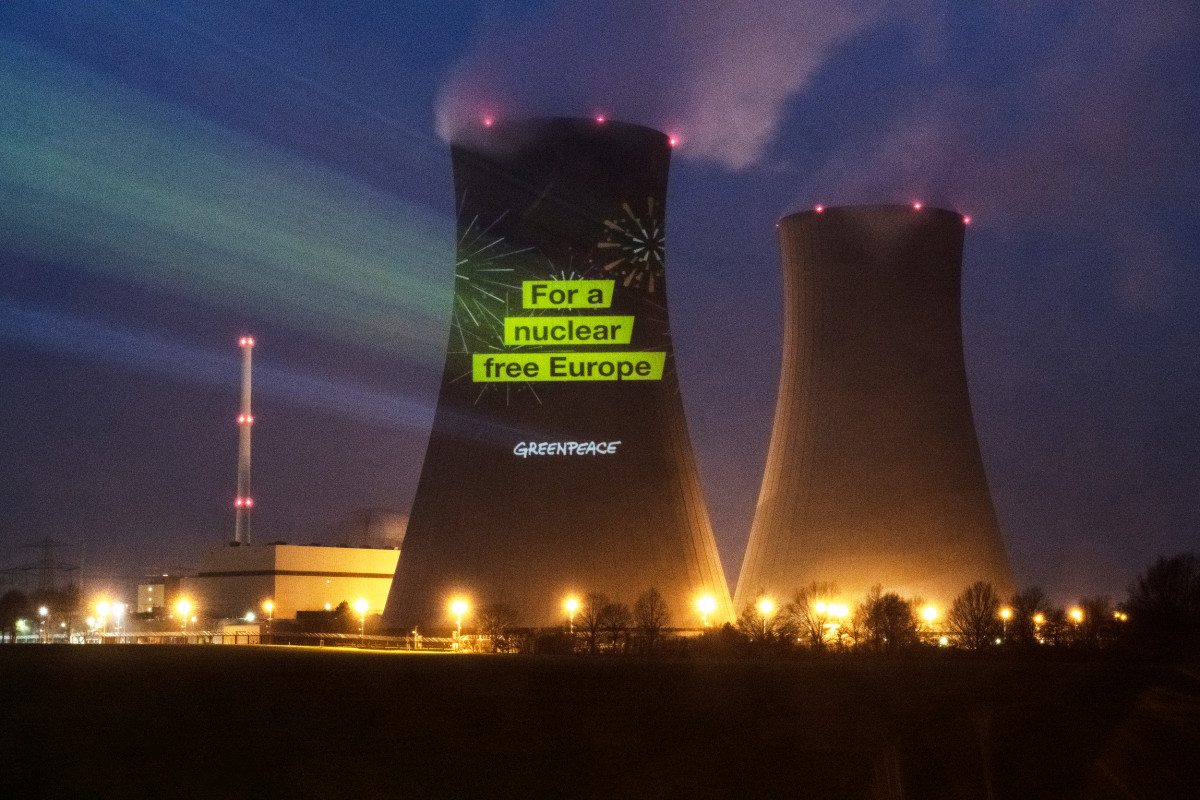 Anti-nuclear protest by Greenpeace at nuclear power plant Grohnde one day before its closure in 2021. Photo: © Michael Löwa / Greenpeace.

Without the anti-nuclear movement, the energy transition in Germany would likely look different. But despite a strong focus on fighting nuclear power, the civil society movement that marked the rise of the Green Party has always had the climate in mind and wanted to ensure that reactors weren’t substituted with coal plants. Clean Energy Wire spoke to Rainer Baake, director of the Climate Neutrality Foundation, former energy state secretary, and one of the architects of the original German nuclear phase-out in 2000. He says that with all democratic parties pledged to the exit timetable, it is “absolutely out of the question” that Germany returns to using this high-risk technology. With a decision to include nuclear as a sustainable investment, the EU Commission would discredit the taxonomy, he said. “However, this will not stop the energy transition in Germany.” 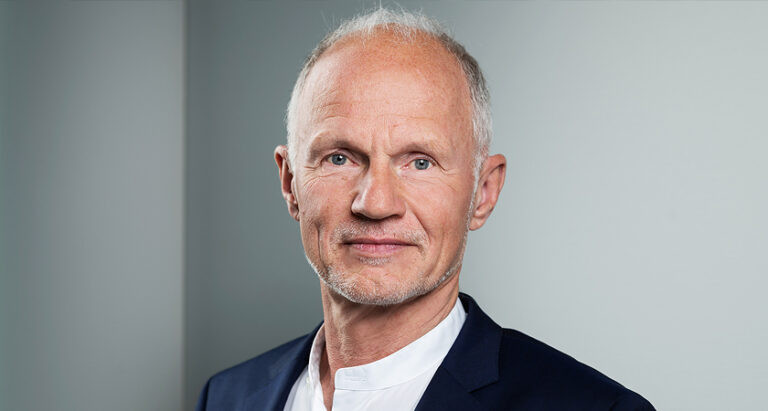 Clean Energy Wire: What is the significance of the anti-nuclear movement and the first nuclear phase-out agreement in the year 2000 for the German energy transition?

Rainer Baake: Without the anti-nuclear movement, the discussion about the energy transition in Germany would not have taken place as it did. The decisive event, however, was on 26 April 1986: the Chernobyl accident. The majority of the German population, which until then had supported nuclear energy, fundamentally changed its position. Since then, the majority has been against the use of nuclear energy.

And how did this change in attitude in the population turn into the nuclear phase-out?

Initially, the majorities in the parliaments stuck to nuclear energy. When we Greens became part of the government in Hesse in 1991, we were able to shut down the Hanau nuclear fuel factories because of safety deficits. We also had to temporarily shut down the Biblis nuclear power plant several times because the operator had violated safety regulations. However, the legislative competence for nuclear law lies with the federal government. During my time as state secretary in Hesse, I worked with a group of law professors, the Öko-Institut and other experts to develop a concept for ending the use of nuclear power at the federal level without expropriating the operators. At its core, the proposal called for legally limiting the operating lives of nuclear power plants for overriding reasons of public good. This concept was then included in the coalition agreement between the SPD and the Greens after the 1998 federal elections. In extremely difficult but ultimately successful negotiations, we as government agreed with the operators on a phase-out of nuclear energy in the year 2000. The regulations were subsequently incorporated into the Atomic Energy Act. The use of nuclear energy should be phased out over the next 22 years. Compensation was explicitly excluded. The legislators cited the extremely high damage potential of a nuclear accident, the unresolved disposal issue for highly radioactive waste, and the proliferation risk as reasons for the phase-out. A lawsuit filed by a state led by the CDU and FDP against the nuclear phase-out law was rejected by the Federal Constitutional Court.

How did the strong drive to phase-out nuclear power trigger an energy transition that has the goal of climate change mitigation?

It is true that we focused on nuclear power at the beginning of the energy transition in Germany.. But, in parallel to the nuclear phase-out, we created the Renewable Energies Act (EEG) in 2000. In doing so, we wanted to prevent the nuclear phase-out from leading to an increase in fossil-fuel power generation and a burden on the climate. In reality, much more has been achieved in the last two decades. Renewables generate much more electricity in Germany today than nuclear plants did in 2000.

If you go back and look at where the term Energiewende actually comes from, you will find a publication by the Institute for Applied Ecology (Öko-Institut). In 1980, the Öko-Institut coined the term with its programmatic book "Energy Transition - Growth and Prosperity without Oil and Uranium".

Has Germany nevertheless tackled the energy transition the wrong way around by first ending nuclear and then coal power?

Absolutely not. I think this argument of "either - or" is completely wrong. The whole energy transition consists of replacing conventional power plants, nuclear as well as fossil power plants with renewables. And that's what we started with simultaneously. When the nuclear phase-out was decided, the Renewable Energies Act was created. As a consequence of the Kyoto protocol, we decided on an emissions trading system in Europe. Nuclear energy will be history on 31 December 2022 and we will also completely phase out coal in this decade and replace both with renewables. The next step will be to exchange fossil natural gas against hydrogen.

Some people consider the fear of nuclear power irrational - how do you explain that Germans are so concerned?

Well, we have seen in Fukushima how irrational this fear supposedly is. Even the most ardent supporters of atomic energy were shocked by a triple meltdown. And that happened in one of the most modern and technically well-equipped economies in the world. 155,000 people lost their homes and had to be evacuated.

"I am firmly convinced that if we make progress with this transformation, as we have done in the last 20 years, we will have the more cost-effective and secure power system."

One of the ideas of the German energy transition is to showcase how the move away from fossil fuels can work in an industrialised country - does the positive example of Germany have the shortcoming of the difficult-to-explain nuclear phase-out?

I have not argued like that. I have always said that each country has to go its own way and make its own decision. Germany has made this decision and it is backed by an overwhelming majority in our parliament. I am firmly convinced that if we make progress with this transformation, as we have done in the last 20 years, we will have the more cost-effective and secure power system. And that will put us in competition with others. Those who think they have better alternatives are welcome to try them, but I am deeply convinced that we will be able to supply our industry and our citizens with electricity more cheaply and reliable than others.

Is it hypocritical that Germany, while it does not want to have any more nuclear power plants itself, will nevertheless continue to receive nuclear power from other countries, especially France, in the future?

Germany has been exporting much more electricity than it imports for many, many years. That’s because prices are lower on our wholesale market than in our neighbouring countries. This does not exclude that in certain times power from nuclear generators in other countries is sold in Germany. In the EU we have a single market and electricity volumes are traded according to market rules, there is nothing hypocritical about that.

Can nuclear power, as supplied by today's nuclear power plants, make a meaningful contribution to an electricity system dominated by renewables? As base load or for other system services?

The opposite is true. A climate-friendly electricity system dominated by weather-dependent production from wind and solar plants requires a great deal of flexibility to balance fluctuating supply with fluctuating demand. Nuclear power plants are technically and operationally designed to produce as consistently as possible. They are the exact opposite of what wind and solar need to partner with.

I am very sure that not a single private company will ever build a nuclear power plant on its own account and at its own risk. The taxonomy does not change that.

Is it a problem for the German energy transition if other (European) countries, also with the help of the new European taxonomy, invest in nuclear power instead of renewables?

I find it downright absurd to classify a technology with the potential danger of nuclear power plants as green and sustainable. And even more so because it produces radioactive waste that remains dangerous for the unimaginable period of a million years, and for which we have not yet found a safe solution. With this decision, the EU Commission discredits the taxonomy. However, this will not stop the energy transition in Germany.

I am very sure that not a single private company will ever build a nuclear power plant on its own account and at its own risk. The taxonomy does not change that. At best, it reduces the enormous government subsidies needed to push this technology into the market.

While innovations and learning curves over the past 20 years have ensured that renewable energies have become increasingly cheaper, the costs of nuclear energy have risen more and more. In this respect, it is no wonder that, according to IEA figures, 70 percent of global investment in the power sector now goes to renewable energies.

A recent survey showed that a slight majority of Germans would agree to give nuclear power a role for climate protection reasons. Do you see the possibility that attitudes towards nuclear power could change again in Germany?

What survey? Since Chernobyl, all the polls I know of have shown clear majorities in favour of phasing out nuclear power. Take a look at the last federal election, all democratic parties are sticking to the timetable for the nuclear phase-out and support the expansion of renewable energies. The last three reactors will go offline at the end of this year. This will mark the end of the use of nuclear energy in Germany.

Is there any scenario next year in which Germany will let the existing nuclear power plants run longer after all, as some are calling for?

I consider such a scenario to be absolutely out of the question.

Do you see the new small-scale nuclear reactors as a chance for a renewed use of nuclear power in the fight against the climate crisis?

These reactors, which allegedly are completely safe and produce no nuclear waste, have one major disadvantage: they don't exist.

The 400 nuclear power plants in existence worldwide today cover only about ten percent of the demand for electricity. If we wanted to replace global fossil power generation with small nuclear reactors, we would need many thousands of these power plants. Precisely because they are so small, they would have to operate with highly enriched uranium. The danger that nuclear fuel would be illegally diverted and used to build bombs is real. No one can want that, and hopefully the free world will not allow it.

Q&A: Why is Germany phasing out nuclear power and why now?

The history of the Energiewende