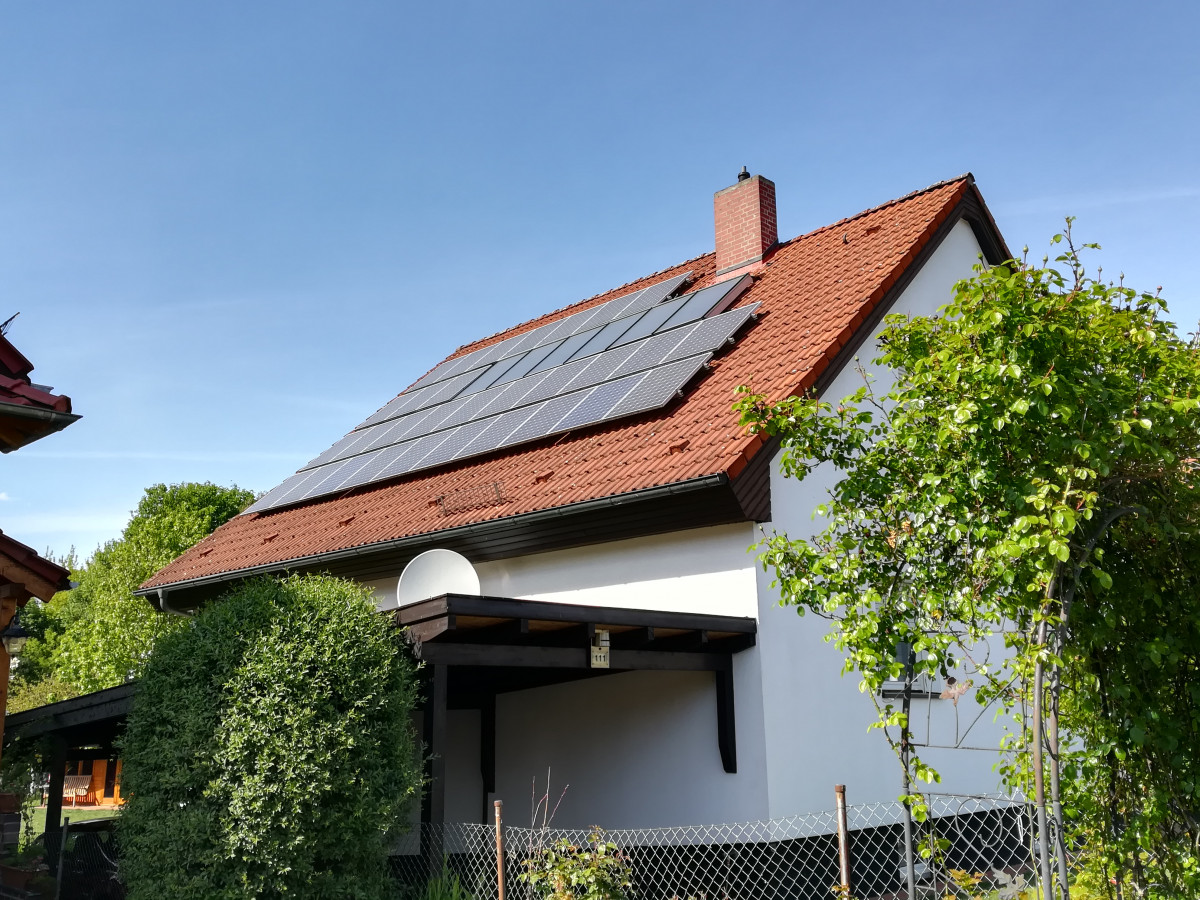 After 20 years, many pioneer clean energy projects are losing their guaranteed feed-in tariff, with possible repercussions for citizen involvement in the energy transition. In the solar sector, this change is mainly affecting households with small scale, rooftop installations. Without the feed-in payments, selling to the grid will no longer be economical for many producers, but amendments to the EEG should make it easier and cheaper to self-consume instead. However, not everyone agrees that encouraging households to go off-grid is the route forward for Germany’s energy system.

This solar PV citizen energy case study accompagnies the following article: "Share of citizen energy in decline as funding runs out and big investors take over"

The rooftop solar project of the Katholische Grundschule Birkstraße, a primary school in Eilendorf, Germany, has been in operation since 1997 and has received feed-in payments since the policy began in 2000. This solar project may be tiny (it has a capacity of just 1.1 kilowatt-peak meaning the peak energy output of the system would not be enough to power one household for a year) but it was pioneering at the time.

Over 120,000 solar installations will fall out of the feed-in tariff arrangement in the years between 2020 and 2025. This is out of a total of 1.7 million installations in Germany, of which the oldest are small systems of about 10 kilowatt-peak (kWp) or less.

The purpose of the Eilendorf project was to prove to the community that solar could work. The local group that set it up, Solarenergie-Förderverein Germany (SFV), was founded in 1986. They started out by showing a group of neighbours how a solar panel could power various household appliances, all the while serving up a constant flow of banana milkshakes from a solar-powered kitchen blender.

The next step was to demonstrate that the solar electricity could be fed into the grid, and so the rooftop project was born. The SFV members financed it themselves with support of the state of North-Rhine-Westphalia and a permit from the city of Aachen. From 2000, their feed-in tariff was fixed at about 50 cents per kilowatt-hour (ct/kWh) for 20 years. This sounds high, but after paying off all their costs, including installation and dismantling, they were left with a total sum of 1,100 euros.

On 31 December 2020, the school solar project came to the end of its 20-year feed-in tariff allocation. The panels were still in good working order and could have continued in operation, but the market price for electricity is too low to make it affordable. The annual market price minus the marketing fee would leave them with just over 2 ct/kwh. The group decided this wasn’t enough to sustain the project.

Amendments to the latest Renewable Energy Act (EEG), which governs support for renewable energy installations in Germany, have made it easier for solar producers who have lost the feed-in tariff this year. The new legislation has relieved solar plants under 7 kilowatt-peak (kWp) capacity of the obligation to install an expensive smart metering system. It has also expanded the number of solar plants entitled to produce and self-consume (“prosume”) without paying the EEG surcharge; this now applies to all installations under 30 kWp. 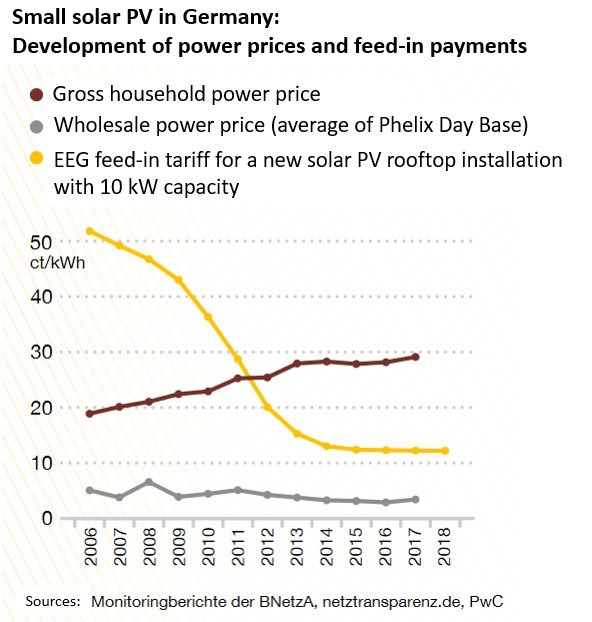 Thomas Griese, another resident of Aachen, is keeping his solar panels on the roof, helped by these changes. The retired judge and long-term member of the Green Party installed solar panels on the roof of his house in 1999 as an anti-nuclear initiative. For the last 20 years he has been selling his solar energy to the grid and receiving around 50 ct/kwh in feed-in payments, just like SFV. After 15 years, Dr Griese had paid off his investment and started to make a return on his investment (though this was never his motivation.) With the loss of the subsidy, Griese says it is much more economical to “prosume” than sell. He and his family have installed a battery storage system manufactured by Tesla and bought an electric car. They are now consuming most of the 3,500 KWh of solar energy they produce with their 22 panels (of capacity 5.5 KWp.)

Griese says self-consumption is “the model of the future” and hopes that the government will make it easier and cheaper for more and more plants to become “prosumers”. Bundesverband Solarwirtschaft points out that this is already an upward trend.

But other experts say that households going off-grid is not the solution in an integrated energy system of the future. Once more and more heat pumps and e-cars require electricity, feeding rooftop solar power into the grid can help to balance supply and demand, while everybody storing it in their own battery won’t, they argue. Furthermore, the transition to a 100 percent green power supply requires investments both into renewables and grid infrastructure – prosumers who don’t pay for the infrastructure (which they still continue to use) would increase their returns at the expense of those who do not have the opportunity to achieve high levels of self-sufficiency with a PV-battery system.