Preview2017 - "Turn Energiewende into an advantage for industry" 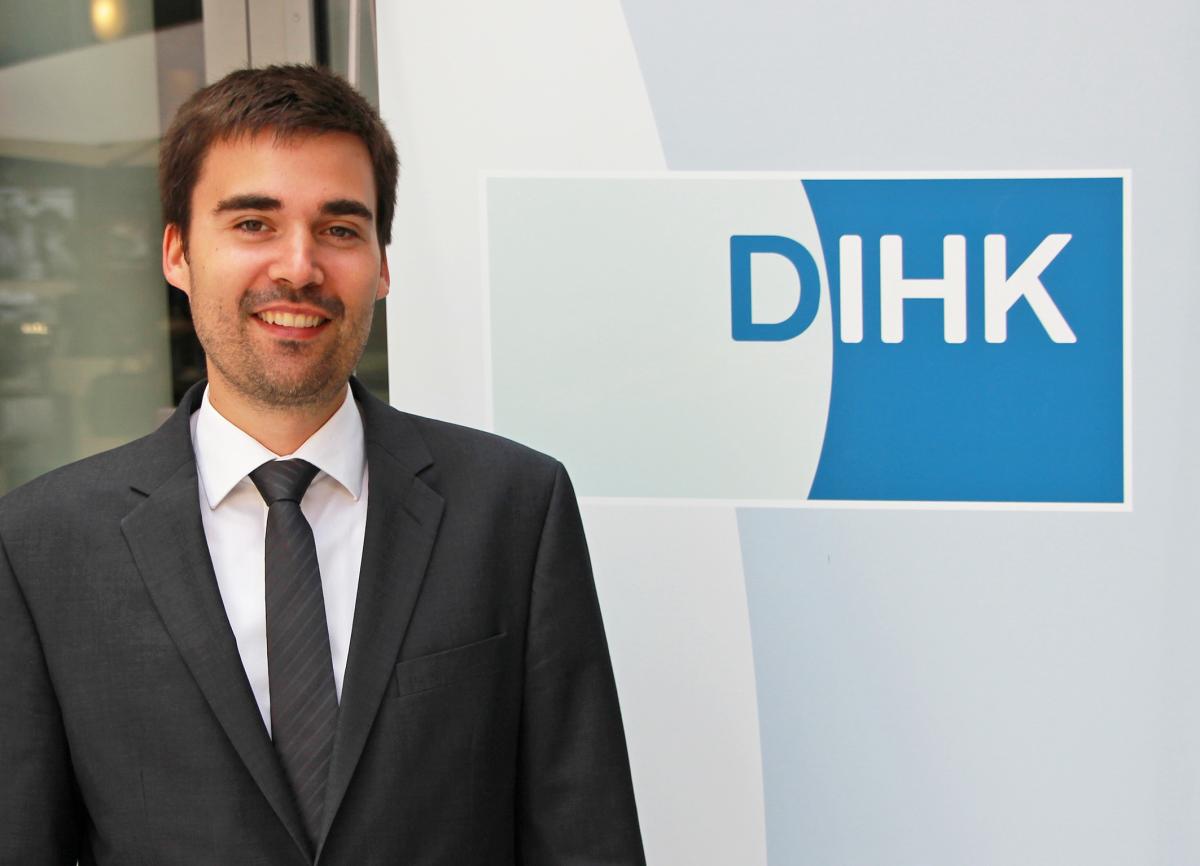 Sebastian Bolay, Coordinator for Energy Policy at DIHK
2017 will be a year filled with a multitude of seminal events for Germany's energy and climate policy. Apart from presiding over the next G20 summit, Germany will be the venue for the UN's COP23 and see legal reforms of central Energiewende policies take effect. The country also faces a series of important elections in a challenging international environment. The Clean Energy Wire asks German climate and energy professionals what they think will shape policy in 2017. Today: Sebastian Bolay, Coordinator for Energy Policy at the German Chambers for Commerce and Industry (DIHK)

Sebsatian Bolay: Power costs in Germany are a clear locational disadvantage for many companies. The renewables surcharge (EEG surcharge - See the CLEW dossier The reform of the Renewable Energy Act for more information) is central to that, but the debate on alternative ways of financing the surcharge and, consequently, a relief for the power price has already gained traction. Various approaches and studies on this matter have been brought forward by now and I expect this to be an issue in election campaigns.

And also grid fees will remain a hot topic. I’m curious to see whether there will be a nationwide cost rollup for transmission grids. Companies that would have to pay more will in any case need a transition period.

SB: I don’t expect too many issues will be tackled in the election year 2017. There won’t be any far-reaching law amendments. What I expect to happen, however, is that concepts will be developed on how the Energiewende can be turned into an advantage for Germany as an industrial location over the next legislative period.

Grid fees therefore have to be redesigned so that extracting more power during low-price and low-usage intervals is not penalised. And also the power price’s other components need to be attenuated. Reducing the power tax to the European minimum is high up on the DIHK’s wish list. Of course, we’re talking long hauls here. So this may not happen next year but rather during the next election period.

SB: Costs for energy provision have reached a level that is unsustainable for many companies in the long run. The Energiewende is therefore perceived as a major cost problem abroad. Reforming the combined heat and power law at the turn of the year will only aggravate this problem because companies will have to bear the entire surcharge in the future. And all this has to be regarded against the background of grid fees driving up power prices over the next years. Timely consultations with Brussels that will give companies more time to react would be helpful in this regard.

A positive point is the EEG 2017, which introduces tender processes for the most important renewable technologies and thus allows for switching from price control to quantity control. The EU Commission rightfully has helped Germany get this off the ground. Auctions for ground-installed photovoltaic systems already showed that this can increase cost efficiency. Future support costs will be lowered by that and the financial burden for companies will rise less sharply.