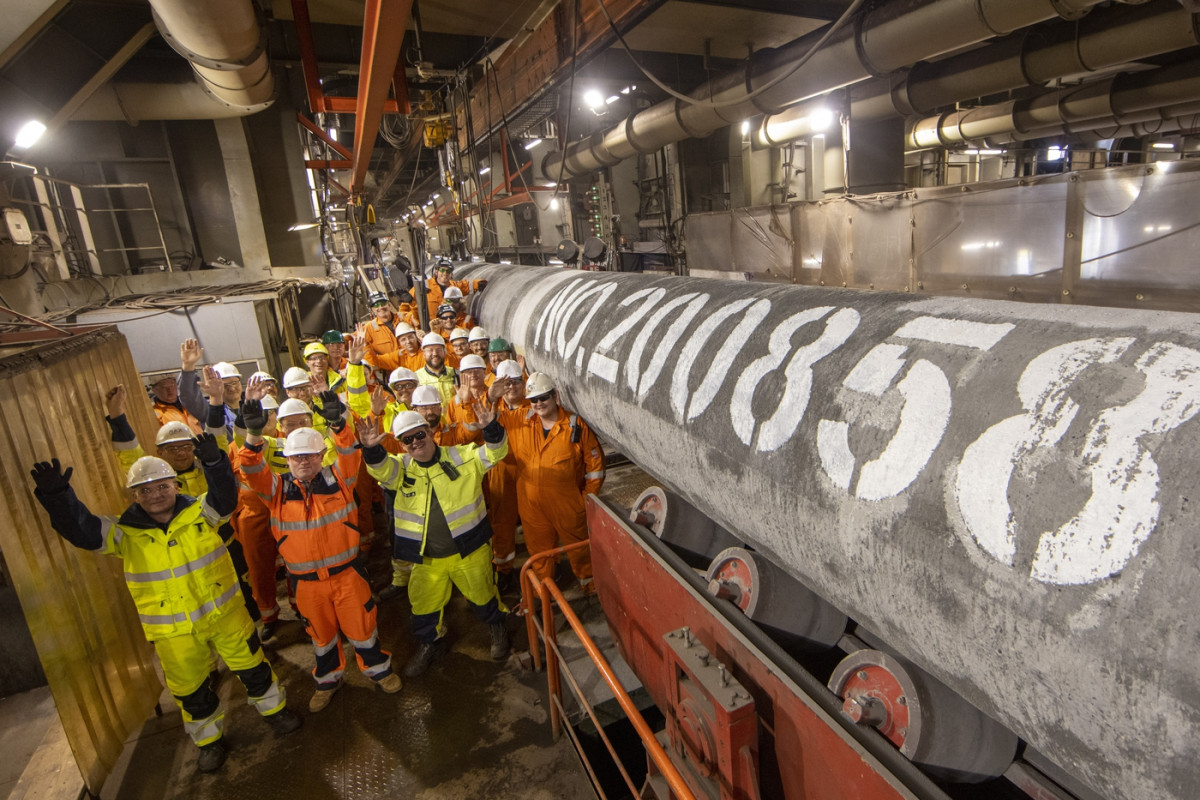 Many German politicians, business associations, and environmental NGOs have welcomed the government's decisions to halt the contentious gas pipeline Nord Stream 2 following Russian aggression towards Ukraine. Against the backdrop of Europe’s ongoing energy crisis, the decision intensified calls for a diversification of Germany’s energy supply and to speed up the move to renewables to reduce dependence on Russian fossil fuel imports. This article collects key reactions and will be updated throughout the day.

"The current development in particular makes it clear how important it is to diversify our gas sources,” Wüst said. He confirmed his willingness to phase out lignite-fired power generation by 2030. "To do this, we all have to do a lot of housework together," he said.
With reference to building a hydrogen infrastructure and liquid gas terminals, he added that “More independence means more options here”.

Köhler said it was the right decision to stop the commissioning of the Nord Stream 2 pipeline. “No pipeline is more important than peace is for the Ukraine. Terminating Nord Stream 2 may be tough in terms of energy policy, but it is imperative in terms of foreign policy” Köhler wrote on twitter. "Germany and Europe must now stand firmly by Ukraine's side and also be prepared to make sacrifices themselves by imposing very tough economic sanctions. Gas supplies are currently secure even without the new pipeline," he told the German press agency dpa. To reduce dependence on Russian gas, Germany should build an LNG terminal to import liquified natural gas, but also look into expanding domestic gas production in the North Sea, he said. With the expansion of renewable energies and the establishment of hydrogen partnerships with African countries, Germany could significantly reduce its dependency.

“This is the right signal today,” wrote Kellner on Twitter. The decision showed that the “Russian breach of international law will not remain without consequences.”

Klaus Ernst (Left Party), head of the climate action and energy committee in the Bundestag

Ernst called the decision by chancellor Scholz “dangerous hypocrisy when nevertheless over 50 percent of the gas comes from Russia, via dilapidated pipelines and with high transit fees. How could RU react? Further escalation?,” he asked on Twitter, and wrote that energy cooperation “secured peace even in the Cold War.”

Following the halt of Nord Stream 2, the BEE says there is a need for reshaping energy systems faster and more comprehensively than previously planned to ensure climate neutrality, security of supply, and affordability. “The “Platform for a climate-neutral electricity system” anchored in the coalition agreement should start work immediately in order to explore the possibilities of comprehensive domestic supply with renewable energies,” says BEE President Dr. Simone Peter. The lobby group also says Germany should increase the use of biogas and hydrogen. "Germany currently has more than 9,500 biogas plants, which together produce about 10 billion cubic meters of gas with an energy content of about 100 terawatt hours (TWh) per year - equivalent to about 10 percent of Germany's gas consumption [...] Theoretically, all the biogas could be upgraded and fed into the gas grid," says Peter. The groups said it would be possible to double production to 200 TWh, just by fermenting existing manure and waste, as well as using grassland and biodiversity areas. A recent study showed that an economic electrolysis capacity of 100 gigawatts of green hydrogen is possible in Germany, the BEE writes.

The head of ClientEarth’s Germany office Hermann Ott said: “Europe is in energy crisis – we need a safe, cost-effective energy supply that isn’t at the mercy of international politics, and to slash carbon emissions. Nord Stream 2 fitted none of these criteria. In terms of Europe’s energy and climate crisis, cancelling this pipeline was the only rational option. “The fight to move beyond coal is proceeding at a rate of knots but we now need to work just as hard to bypass gas, which leaders and investors seem to be turning to as a ‘diet’ alternative to coal. This is just not the case. Over a 20-year period, extracting and burning gas is far more climate-intensive than coal, and increasing gas infrastructure must be avoided at all costs to avert dangerous climate change impacts."

"Stopping Nord Stream 2 is the right move for Europe and for climate protection. The decision must now be put to the test: This includes the impact of the pipeline on Europe's energy security, but also on climate targets. Nord Stream 2 is the largest fossil project in Europe, the transported fossil gas represents 100 million tons of CO2 per year. Federal Minister Robert Habeck must now present a timetable for this as soon as possible. The central building blocks are the switch to renewable energies for electricity and heat and the reduction of energy consumption in all sectors. That needs to be reflected in his ministry's already announced Easter package."

Andreas Löschel, head of the government's expert commission in charge of monitoring the energy transition's progress

Löschel told energy and climate newsletter Tagesspiegel Background it was unfortunate previous governments did not act on his commission's repeated calls for advancing the energy transition in the heating sector, and by doing more to increase efficiency. "The perspective of using natural gas until we have a good alternative no longer works," said Löschel. He added there had been talk of importing green hydrogen from Russia in the long term, but added the necessary trust was now gone. Löschel said he expected that gas prices will stabilise within two or three years, adding market prices also indicated this trend. But he warned the crisis had "revealed the insecurity. It can happen again very quickly that the natural gas price rises from two to ten cents." He said the government must use all available levers to push the roll-out of renewables, and to ensure the international availability of green hydrogen.

"What has been underexposed is that the federal government has done an about-face on NS2 that could hardly be more complete. It is: maximising political leverage regardless of the cost," Schlandt wrote on Twitter. "The starting point is that [German chancellor] Scholz was still spreading the fairy tale of NS2 as a 'private-sector project' in December 2021. Unbelievable? Yes, indeed. Well, what was announced yesterday, in contrast, is the maximum politicisation of the project at any price." He argues that from a legal perspective, the stop of the certification process happened "on very thin ice, especially as it was garnished with publicly documented connections to politics." He says this makes claims for damages worth many billion euros probable. "Politically, however, the leverage is maximised with the chosen path. In contrast to sanctions, the government can 'change its mind' on the security clearance at any time, for better or for worse for NS2. Further delay, release, finally cancel. Pure arbitrariness."

"Of course, one could ask today: Why only now? When there would have been so many opportunities to stop the Nord Stream 2 gas pipeline. A project whose benefits had been in question for a long time - and where the damage to foreign policy and energy policy was becoming increasingly obvious," writes Neuhann. Of course, one could ask today why Chancellor Scholz insisted until the end on the increasingly absurd position that the pipeline - a central instrument of Russian foreign policy - was a 'private-sector project' with which his government had nothing to do. But these are probably historical considerations. Today, after a Russian escalation, a blatant breach of fundamental principles of the international order, after an approaching war in the immediate neighbourhood, Scholz is reacting. And so only one word is needed for this turnaround: finally."

"Nord Stream 2 stays. Frozen in the status quo, but ready for revival at any time," writes Kinkartz. "On close inspection, therefore, it was not a sensational announcement by [chancellor] Olaf Scholz, but rather a clever move from his point of view. One could also call it a deception. Scholz makes Nord Stream 2 Germany's contribution to the sanctions and thus proves that his country is a loyal alliance partner. At the same time, he leaves all options open for the future. Even gives himself the advantage of being able to actively decide from now on how things will proceed."