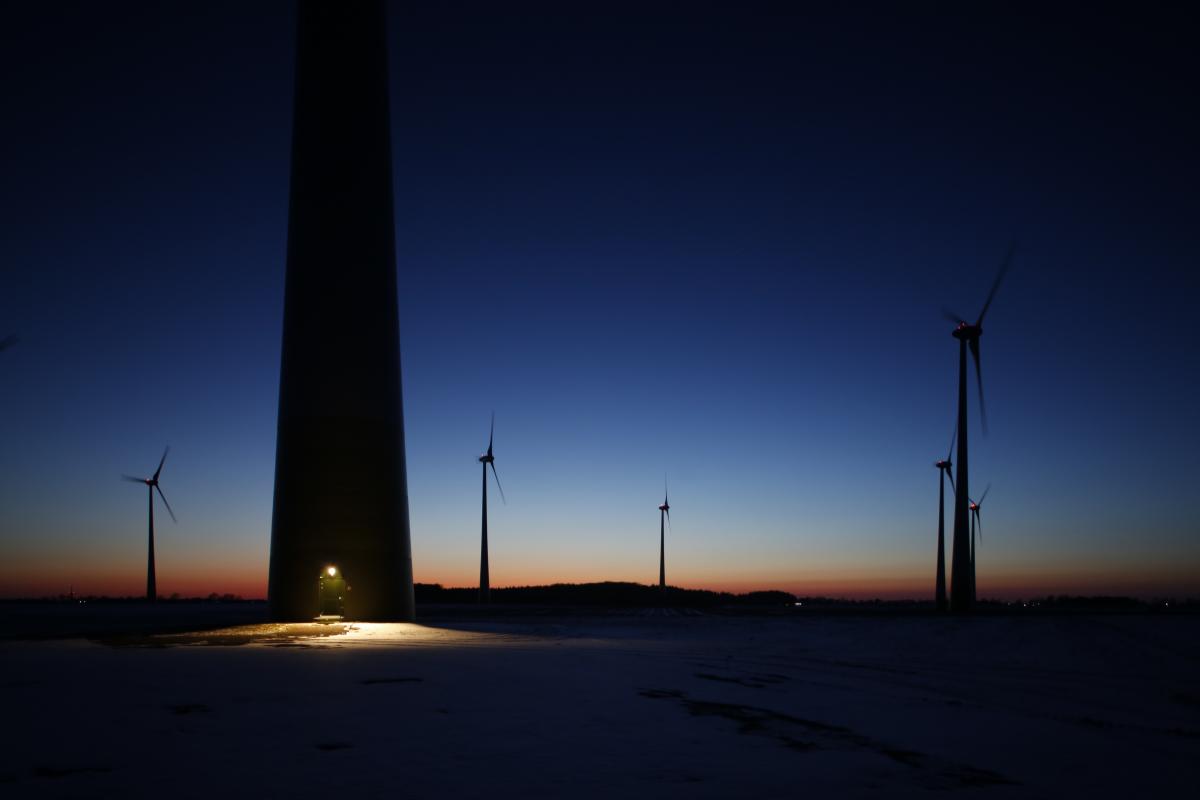 Wind farm near Stade in Lower Saxony. Photo: BWE/Jens Meier
As Germany digests the result of this year’s federal election, the country prepares for yet another important vote, this time in the state of Lower Saxony. The early election in the country’s number one wind power state is seen as vital marker on the road to a new federal government. Germany’s car industry is also likely to be vigilant on the 15 October election day. The incoming government will be directly involved in the fate of the country’s largest carmaker VW, which is still grappling with the fallout of its emissions fraud scandal.

The upcoming vote in the state of Lower Saxony will provide fresh clues about voters' views  for the parties gearing up for coalition talks on a federal level. Once the regional election is out of the way, the talks to form a new German government can finally commence in earnest afer parties had swung back into campaign mode.

Lower Saxony is home to over a fifth of Germany’s entire installed wind power capacity. The state on the North Sea coast also has the highest number of employees in the renewables sector in Germany. More than 50,000 people work on onshore and offshore wind power installations, turbine factories, at bioenergy plants or solar power facilities. The Energiewende, the process of steering the world’s fourth largest economy towards a low-carbon energy system, therefore plays an important role in regional politics – and in turn is influenced by the new government in the state’s capital Hanover. 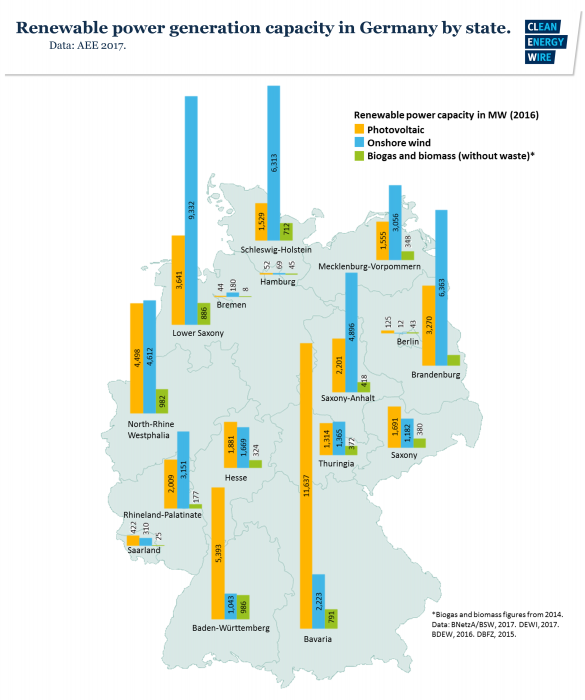 Lower Saxony has been governed by a coalition of Social Democrats (SPD) and the Green Party since 2012. But the so-called “Red-Green” coalition held only a very slim majority of one seat in the state’s parliament, which turned out to be a liability when a Green member of parliament defected to the conservative CDU in August. The move eventually led to a snap election three months ahead of the scheduled date and a lot of bad blood between the Greens’ and the CDU’s regional party branches.

Simon Fink, from the University of Göttingen, says the early election also stalls talks for a so-called Jamaica coalition - dubbed this way since the parties’ colours black (CDU/CSU), yellow (FDP), and green (Green Party) resemble the Caribbean country’s flag - at the federal level. “Nobody from the national parties wants to spoil their colleagues’ election campaign in Lower Saxony by saying the wrong things in coalition negotiations,” Fink told the Clean Energy Wire.

He also believes that the row between the Greens and the CDU is likely to dampen the prospects for a Jamaica coalition at the regional level. “The Green Party is still miffed about the defection. But we might still see a situation that makes this constellation necessary,” Fink says. The CDU was comfortably leading in polls over the last months but the SPD recently gained ground again and is now on par with the conservatives, making several coalition combinations possible.

Whatever the election’s outcome, Fink says no future government will be willing to fundamentally curtail the state’s leading role in wind power production. “It’s just too important as an economic factor,” he argues. The incumbent Red-Green coalition pledged to work towards more than doubling Lower Saxony’s onshore wind power capacity to 20 gigawatt by 2050.

Fink says it is unlikely this strategy will be drastically altered even if a government coalition of the conservative CDU and the market liberal FDP took over - although the latter was running an election campaign on a platform of opposing “uncontrolled” wind power expansion and energy transition funding with support payments via Germany’s Renewable Energy Act (EEG).

The political clout of wind power operators and turbine manufacturers in the region meant that any government “trying to axe wind power would shoot itself in the foot” and therefore limited its intervention to slight adjustments of expansion goals and other minor parameters, Fink argues.

The German Wind Energy Association’s (BWE) Lower Saxony branch says it hopes that the state government will stick to existing expansion goals or even increase them regardless of the election result and also keeps advocating for the energy transition at the federal level. “The state has a relatively small industrial sector and its vast rural areas can only benefit economically from wind power turbines that create value,” BWE spokeswoman Linda Kabalan says.

But she says that the FDP’s courting of wind power opponents was a worrying factor for the industry lobby group. Before elections in Germany’s most populous state North Rhine-Westphalia (NRW) last May, the party successfully campaigned for introducing stricter regulations on wind power construction, such as the 10H-rule - which stipulates a minimum distance for turbines to the next residential buildings equalling ten times the turbine’s height. “We can only hope that the FDP is more reasonable over here because this rule will make further expansion very difficult,” Kabalan says.

In a position paper to all of the state’s parties, the BWE called for a binding designation of about two percent of the state’s area for wind power installations. It also urged the easing of  restrictions on modernising existing turbine locations. Owing to the state’s early use of the technology, many turbines in Lower Saxony have been in operation for nearly 20 years and are due for replacement or retrofitting, so-called repowering measures, in the near future.

The vote on Sunday will also be closely watched in Wolfsburg, hometown of Germany’s largest carmaker VW, which is by far the biggest single employer in Lower Saxony. The so-called VW Act, a unique law tailor-made for the relationship between the company and its host, stipulates that the state holds 20 percent of the company’s stocks, the state premier and the economy minister are part of its board of directors, and many municipalities in the region are financially dependent on VW’s success.

Social democratic state premier Stephan Weil was heavily criticised in August for letting the carmaker rubberstamp a government policy statement on Germany’s diesel emissions fraud scandal. But the SPD’s rivals could not make substantial gains from the revelations.

A reason can be found in the fact that previous governments under CDU and FDP control also closely coordinated their policy with VW.  No party intends to substantially change the VW Act, as the Süddeutsche Zeitung reports.

Political scientist Fink, therefore, doubts that the company will be greatly affected by the election’s results, although the national Green Party’s plans to ban new registrations of cars with combustion engines could have a big impact on VW.

“No state government will be particularly strict with the company,” which could always argue that a quick transition to electric engines put the state’s economy in jeopardy, he says. It is an argument which even the Greens find hard to invalidate. “Lower Saxony means VW and VW means Lower Saxony,” Fink adds.