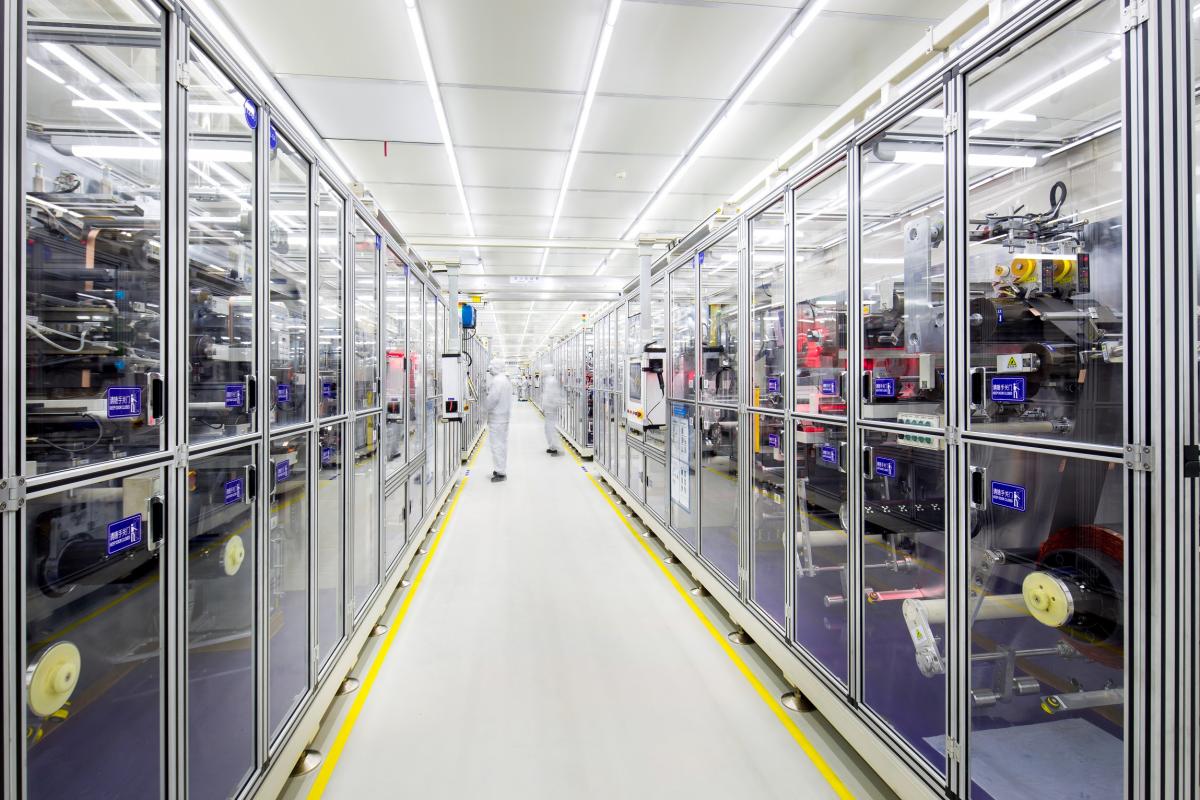 The German car industry relies on Asian markets for the battery cells it needs for the transition to e-mobility. Source - CATL 2018.

Chinese battery maker CATL plans to build a large factory in the eastern German state of Thuringia to supply manufacturers in the birth country of the automobile with battery cells to facilitate the transition to low-emission mobility. Until now, there is no such factory in the European Union, where stakeholders have called for the local production of battery cells for years. According to experts, global supply is sufficient to meet current needs, but the continent must become less dependent on extra-EU imports by the early 2020s, when several manufacturers are expected to introduce new electric vehicle models.

The world’s largest producer of battery cells for e-cars, China’s Contemporary Amperex Technology Co. Limited (CATL), and the government of Thuringia signed the agreement on 9 July for the construction of a new battery cell gigafactory in the eastern German state.

Chancellor Merkel hailed the announcement as a victory for both Thuringia and Europe. “It’s a strategically important agreement,” she said at a joint press conference with Chinese Premier Li Keqiang after the signing ceremony. More than 20 commercial agreements were concluded during the bilateral government consultations in Berlin.

Politicians and stakeholders, among them trade unions and government advisors, have pushed for battery cell production in Germany for years, but the country’s carmakers have so far shied away from investing in such plants, which would make them less reliant on foreign suppliers, arguing that domestic production would be more expensive than Asian imports. Battery technologies are of decisive importance to electric mobility, and to the decarbonisation of large parts of today’s transport systems. Manufacturers in car-proud Germany have claimed technological leadership for decades, and are now fighting for their place in the emissions-free transport system of the future.

Currently, global supply of battery cells is sufficient to meet carmakers’ demand, but the situation could change, when several new electric models are rolled out from the early 2020s. “Tariffs or an unstable political situation could become a problem,” Stefan Bratzel, director of the Center of Automotive Management (CAM), told the Berliner Morgenpost newspaper. He called for a European initiative, an “Airbus for e-mobility”.

German economy minister Peter Altmaier equally sees the need for a European initiative for the production of battery cells on the continent. This could even benefit lignite mining regions economically once Germany phases out coal-fired power production, he said.

Merkel said that it would have been better had a German company been the one to open the battery cell factory. “I would not be upset if we could do it ourselves,” she said. However, since the factory was opening in Europe, it was good that it was opening in Germany, she added.

The European Union has called batteries development and production "a strategic imperative for Europe in the context of the clean energy transition", and aims to create a competitive and sustainable battery manufacturing industry in Europe, with 10 to 20 gigafactories from 2025 onwards.

"If Thuringia is successful, we can consider other locations" - CATL chairman

Approximately 600 high-tech jobs are expected to be created at the facility in Thuringia, which will be located on a 70-hectare plot in an industrial park called Erfurter Kreuz. CATL’s initial investment in the new factory will total 240 million euros. Expected to run at full steam by 2022, the facility targets a capacity of 14 gigawatt hours (GWh).

The minister president of Thuringia, Bodo Ramelow, applauded CATL’s decision to open a factory in Erfurt. “Today is a good day for Thuringia,” he said.

At a press conference in Berlin, CATL chairman Robin Zeng said that his company wants to become a supplier for all the original equipment manufacturers in Europe. This would likely require the construction of additional factories, he said. “If the Thuringia project is successful then we can consider other locations,” he said.

As part of its push towards sustainable mobility, German automobile manufacturer BMW has already planned to order roughly four billion euros’ worth of battery cells from the Chinese battery producer, of which 1.5 billion euros worth of batteries would come from the Erfurt facility. BMW’s purchasing head Markus Duesmann said he does not rule out his company producing battery cells itself in the future.

Tesla founder Elon Musk has publicly speculated that the American company may open its own battery Gigafactory near the Franco-German border. By 2023, Swedish company Northvolt aims to build Europe’s largest lithium-ion battery factory, with ultimate planned capacity of 32 GWh a year.