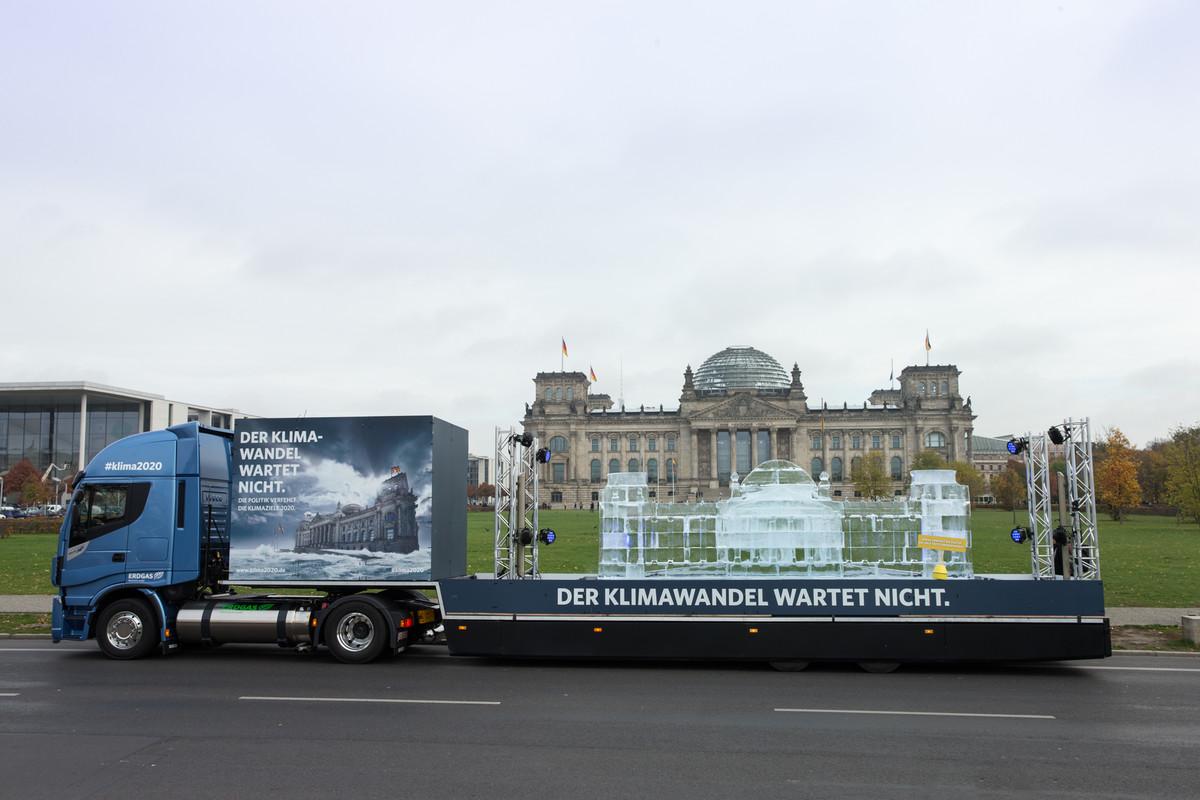 Natural gas is needed to complement renewable energies today and will increasingly be replaced by ‘green gases’, enabling the continued use of existing infrastructure, says Timm Kehler, head of the gas industry initiative Zukunft ERDGAS, in an interview with the Clean Energy Wire. In buildings, for instance, switching to gas from more CO₂-intensive oil and coal is a more cost efficient way to reduce emissions than electric heat pumps, says Kehler. Overambitious standards and complicated support systems would only lead to a lock-in in the existing fossil system stock. With the help of the power-to-gas technology, today’s applications could be used with ‘green gas’ in the future.

Clean Energy Wire: Burning natural gas is responsible for about one fifth of Germany’s overall energy-related greenhouse gas emissions. At the same time, Zukunft ERDGAS – representing the German gas industry – says that time is running out for climate protection, and identifies gas as part of the solution. Isn’t there a conflict here? 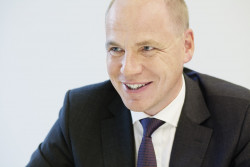 Timm Kehler: Of course, natural gas in its fossil form emits CO₂ when burned. However, it is important to note the differences in carbon emissions per amount of energy produced. There are significant differences between coal, oil, and gas. Natural gas is the least carbon intensive fossil energy source, which means it supplies the highest amount of energy per tonne of CO₂ produced. In the context of long-term decarbonisation, the last tonne of CO₂ we ever emit should ideally come from burning natural gas.

Numerous studies published by economic and ecological research institutions highlight the need for the use of conventional gas in the near future, as well as for the requisite infrastructure to be in place for the use of gas made from renewables in the long term. All this appears to be quite a positive backdrop for the gas industry. Yet, your organisation exists. Why?

In recent years, we have witnessed a very intense debate about the so-called ‘all-electric world’. It was a catchy, easy to understand vision, according to which all climate change-related problems could be solved by fully electrifying all sectors – mobility, heating, or industrial applications. What many overlooked were the peak loads that are often required, for instance on cold winter days. So it’s not only about the average amount of energy needed, but about individual days and moments of especially high peak consumption. We need a system which can store and supply energy at a scale that today’s electricity system cannot provide. On a cold and dark winter day, the loads generated in heating exceed the peak loads of today’s power system about five or six times. This consideration has made people question certain aspects of electrification, and we have done our part by opening this discussion.

Nevertheless, we still have to communicate the differences between the individual fossil sources. Unfortunately, this is not common knowledge yet. The difference in carbon footprints is not a factor yet in political action, and is not widely known by the population either. Our mission therefore continues to be very important.

Natural gas is often called a bridging technology for renewables. What’s your take on this term?

Natural gas technologies are not bridging technologies. I consider them complementary technologies, especially in the power sector. We need secure generation capacity when the sun is not shining and the wind is not blowing. Gas-fired power stations can provide this not only because of their high degree of efficiency, but also because they can be switched on flexibly. This advantage can be used to balance out nature’s unpredictability. We need this flexibility of gas supporting renewables to efficiently transform the energy system.

We need the natural gas infrastructure to connect the energy-heavy sectors, such as heating, power, or transport, which to date still run in silos. This so-called “sector coupling” can only be implemented in a cost-efficient way by utilising the existing gas infrastructure – the gas storages and the pipeline system. Together they offer an enormous storage capacity. By transforming renewable power via the power-to-gas technology into gas, peak power supply from renewables can be stored and transported easily in today’s pipelines and gas storages. The existing gas infrastructure could therefore become the battery of the Energiewende.

In Germany, we have significant natural gas-fired power generation capacities, almost 30 gigawatts. For now, only 15 to 20 percent of this capacity is being used. Most of this capacity lies idle. The detailed discussions that the coal commission will hold should result in a situation where these idle capacities will be used again.

Some experts say that heating and cooling is one of the main battlegrounds between the gas, oil, and renewables industries. If I were to throw out my old oil heater in the coming years, why should I get a gas boiler, and not a heat pump instead?

For two reasons: first, Germany’s current power mix, unfortunately, is not green enough yet for you to make a difference to your building’s CO2 footprint by installing a heat pump. To the contrary: compared to an efficient gas condensing boiler, you would actually emit more CO2 with an electric heat pump. Looking at the developments in the power sector, this situation will certainly improve. But right now, you’d be taking one step backwards for the sake of potentially taking two steps forward in the future.

But perhaps even more important is the second reason, the costs. We want to implement climate protection as efficiently as possible by saving the maximum amount of CO₂ per invested euro. Judging by this criterion, the switch from oil to gas in heating is one of the most efficient measures we can undertake. Each replacement of an old oil heating system with a modern gas boiler can halve CO2 emissions from ten to around five tonnes CO2 per year. Heat pumps, on the other hand, are a comparatively expensive technology, as their installation requires a new heating system and the elevation of the building’s efficiency to a higher level – one that most buildings in Germany currently do not have.

Energy efficiency is one of the most important aspects of the energy transformation. Wouldn’t the installation of a new gas boiler with a service life of 20 years inhibit our efforts to improve efficiency and create a path dependency?

First of all, you have to keep in mind the social realities in Germany, in particular the average net income. According to our own analyses, more than 50 percent of German households have a disposable net income of less than 2,000 euros per month. [Find net income data by the Federal Statistical Office of Germany (Destatis) here.] This leaves little budget available for modernisation and CO₂ reduction measures. If we want to have a significant impact in millions of households, we must choose the most cost-efficient measures.

We don't believe in lock-in effects from switching to gas. In fact, whoever argues this way provokes lock-in effects on the other side as the existing heaters will remain unchanged. We worry that overambitious standards and complicated support systems will lead to a lock-in in the existing stock.

Additionally, the industry is on its way to making sure that the gas boilers currently in operation can be fuelled by green gas in the future. A heating system in and of itself is not a fossil system. Much depends on what kind of fuel is used to generate heat. Even today, a gas condensing boiler is CO₂ neutral when run on biogas. By constantly adding more and more renewable gas to the grid in the future, Germany’s gas heating systems will also be made greener.

Your initiative is relevant to both the conventional gas industry, and also the “green gas industry” of the future. Will this lead to a conflict once these two become competitors?

From an industry point of view, we don't consider these two competitors. The pipeline is able to transport both renewable (green) and natural gas, while traders can trade biogas, hydrogen, or fossil gas. It is rather a question of the government designing the rules and the industry adapting to them.

How will the transition change the gas market?

Germany is one of the best developed and most mature gas markets in the world. There have already been several transitions during the history of gas supply in Germany. More than 150 years ago, coal gas was made from coke, which was a very dirty way of producing gas. It was known as “town gas” and was primarily used for lighting, but later it was also used for cooking. The early 1970s witnessed the switch from coal and oil to natural gas in heating. This new energy source, whether domestic or imported, has a much smaller carbon footprint.

Today, we’re facing the next big energy transition in the gas industry. Green gas will become increasingly important and will help make gas itself, as well as the related infrastructure, future proof. Green gas is biogas, gas produced in power-to-gas (PtG) technology, and also hydrogen. An interesting fact is that town gas was already 60 percent hydrogen, which means that many parts of the grid can cope with a growing share of green hydrogen.

The major gas producers who make most of their profits from selling fossil gas may now ask themselves ‘What happens if our largest customers say they will only buy or import green gas?’ The Norwegian and Russian producers are both intensively researching alternative solutions, such as how to transport hydrogen or how to compensate CO₂ emissions.

Does the government’s coalition treaty contain the right provisions on gas?

We would have liked to see more concrete ideas on climate protection, especially regarding the power sector, which is Germany’s biggest CO₂ emitter. I hope this shortcoming will be made up for by the coal commission. But a few central targets should have already been outlined in the coalition agreement. The situation is better in the building sector. Here the government has a clear focus on efficiency measures. State support is to be freed from unnecessary bureaucratic hurdles and based on the ‘most CO₂ savings for every euro invested’ principle. This will hopefully clear blockages, which have built up due to the overly sophisticated and complicated policies of the past years. This, again, has led to a certain degree of stagnation.

The government’s plan to support the introduction of so-called field laboratories for the power-to-gas technology is a very positive development. Germany could use its position as one of the world’s best developed and most mature gas markets to try out what other countries can only implement much later.

[For background, read the CLEW dossier The role of gas in Germany's energy transition, and the factsheet Power-to-gas: Fix for all problems or simply too expensive?]