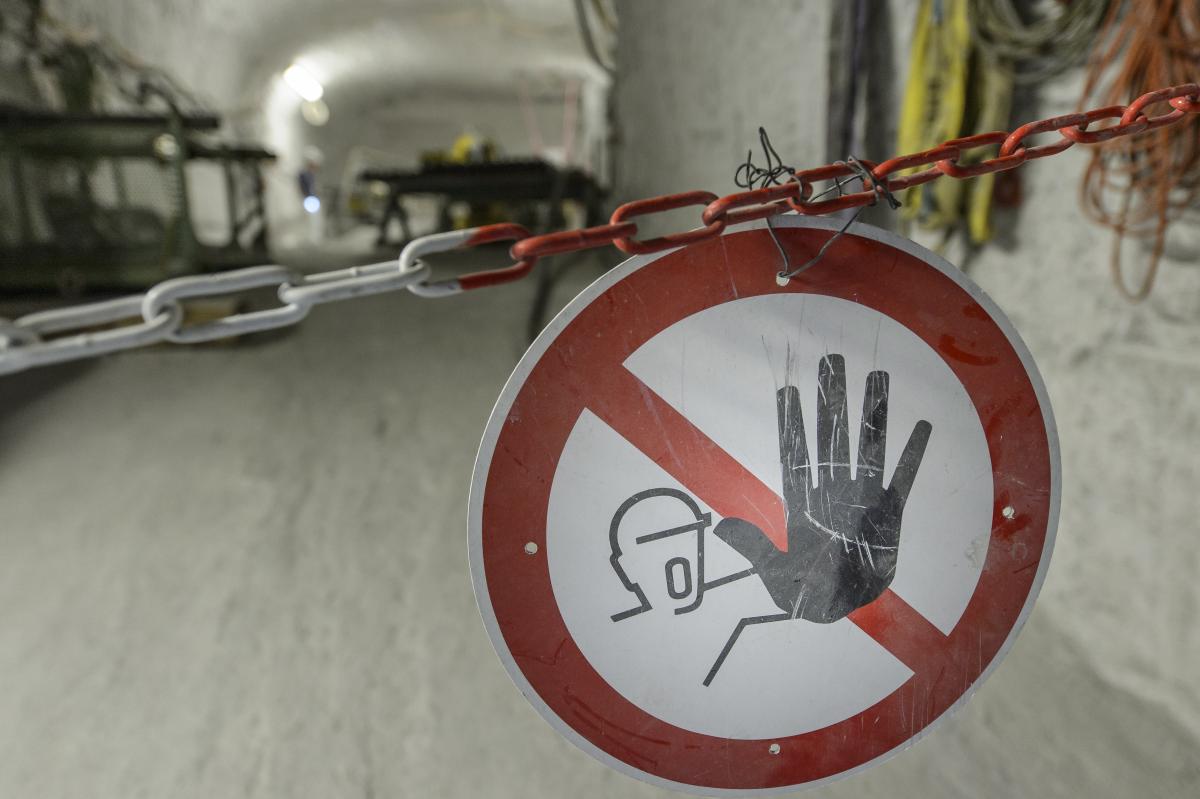 Finding a permanent respository for nuclear waste is part of what the new nuclear fund is supposed to pay for. Photo: CLEW.
A government appointed commission has unanimously suggested that Germany's four large utilities should pay a large share of their provisions made for storing nuclear waste into a state administered fund. While the idea of a fund is generally accepted, RWE, E.ON, Vattenfall and EnBW immediately announced to fight the amount they are supposed to contribute.

After six months of deliberation, a government appointed commission has released its proposal for the financing of nuclear decommissioning, and storage of nuclear waste.

Under the proposal, once this amount has been handed over, the utilities would be free of any further liability for interim storage of radioactive waste, as well as the finding and operating of a final repository and the transport of the waste.

The commission was set up as fears mounted that the four large utilities would be unable to pay for the nuclear clean-up in Germany. The government's decision following the nuclear disaster in Fukushima to reinstate a nuclear phase-out reinforced the pressure on the companies, whose old business models were also suffering due to the country's transition to renewable energy sources.

Responsibility for decommissioning and deconstructing the nuclear power plants meanwhile, would remain with the utilities. The commission proposes that the utilities earmark 17.8 billion euros in provisions for these tasks.

The commission, which is made up of 19 representatives from parliament, industry associations and environment organisations, reached a unanimous decision on the proposal.

It would see the utilities initially contribute 17.2 billion euros to the fund for storage. By 2022 they would be required to pay an additional “risk surcharge” of 35 percent, bringing the total fund up to 23.3 billion euros. At that point, the storage and nuclear waste would become the state’s responsibility.

Jürgen Trittin, one of the commission’s co-chairmen, Green Party MP and former environment minister, insisted that proposal did not let the utilities off lightly. The commission was tasked with upholding the “polluter pays” principle, to ensure the taxpayer wouldn’t end up footing the bill for nuclear decommissioning and waste storage. But, Trittin explained, the commission was also obliged to secure the future survival of the four large utilities. There has been mounting concern that the ailing utilities would be unable to cover their nuclear liabilities.

“It’s wise not to slaughter the cow that you are planning on milking in the next decades,” said co-chairman Matthias Platzeck, social democrat and former state premier of Brandenburg. He added it was also in the interest of the utilities’ employees, and regions that are economically dependent on these large companies, to not burden them beyond repair.

Yet E.ON, RWE, Vattenfall and EnBW, who have been in lengthy discussions with the commission, did not welcome the proposal. The commission's recommendations would burden the companies "beyond their economic performance capabilities", they said in a joint press release. They were generally interested in a consensus and supported the implementation of a state operated fund for storage financing, the statement said. But the risk surcharge proposed by the commission was simply too high.

The commission suggests changes to several laws in order to implement the new fund and distribution of tasks, including a requirement that the energy companies are more transparent about their provisions for plant decommissioning. If the government agrees with the recommendations, the parliamentary process could begin this summer, Trittin said.

The commission’s third co-chairman, Ole von Beust, from the conservative CDU and former mayor of Hamburg, said it was very likely the government would follow the commission’s suggestions, given they were unanimous and therefore had the backing of all sectors and actors involved. “The utilities should know that this proposal is not something they can enter new negotiations with the government over,” von Beust added.

The chairmen also said today’s rise in share prices of the four large utilities indicated that investors preferred to know exactly what the energy companies would owe for the nuclear clean-up. The proposal removed rather the “sword of Damocles” of unlimited liability for storage.

The commission also proposed that the utilities abandon lawsuits against the government over the nuclear phase-out.

A "hefty" risk surcharge and a good compromise

Energy companies would have to pay a “hefty risk surcharge”, said Ulrich Grillo, president of industry association BDI and member of the commission. But through this, the state would have a cushion, in case costs would increase further. “Cost increases caused by politics are not included,” he said.

Regine Günther from WWF Germany who also served in the commission, said that the proposal was an “acceptable compromise, even though a stronger financial participation of the utilities would have been desirable”.

Ulrich Milke, chairman at environmental NGO Germanwatch said that the fund solution will give the utilities new freedom and scope to operate – relieved from the burden of the nuclear clean-up, they should now reform their business models to renewables.

The head of the Green Party in parliament, Anton Hofreiter applauded the compromise, adding that “it remains outrageous that those companies who have earned billions with nuclear power, now wanted to get rid of the costs”. He called on them to accept the commission’s proposal.

Why a nuclear finance commission?

The commission took six months to hammer out financing options for nuclear decommissioning, interim and long-term storage. It was set up as fears mounted that the four large utilities would be unable to pay for the nuclear clean-up in Germany.

By the end of 2014, the utilities had made provisions of 38 billion euros available for this purpose. But various researchers and environmental organisations began to doubt that the ailing energy companies – who have suffered record losses and write-downs on their conventional power operations in recent years – could in fact afford the costly deconstruction and storage. Some even questioned if the companies would exist long enough to pay for the process.

A government stress test of the utilities’ provisions failed to give clear results. While the government and utilities said calculations showed the companies had set aside the stipulated funds, the results also revealed that the potential cost could far exceed these estimates. The government decided to introduce the “Commission on reviewing the financing of the nuclear phase-out”.