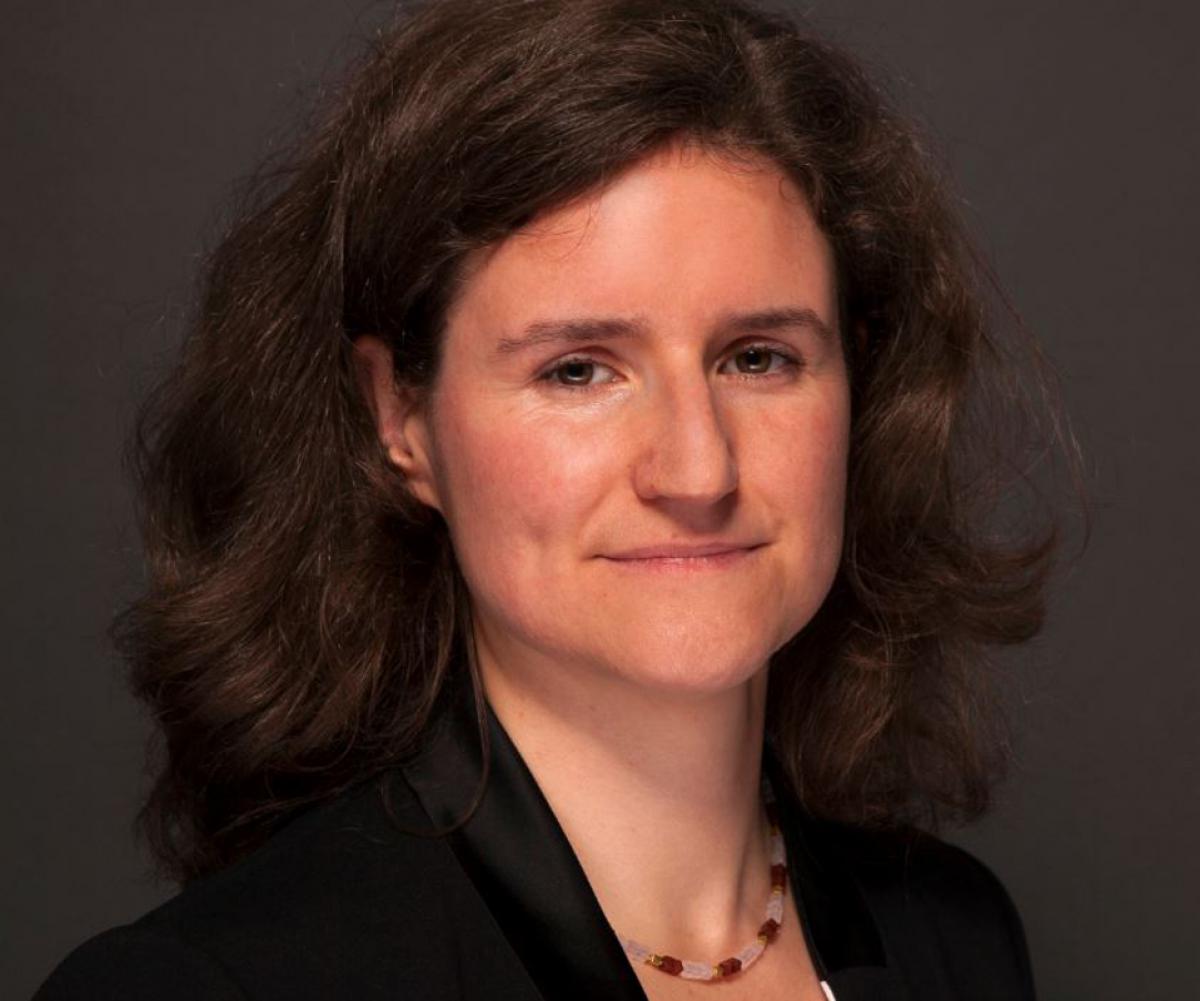 Naemi Denz, member of the executive directorate of German Engineering Federation VDMA. Photo: VDMA.
The final negotiations for a global climate treaty in Paris are just weeks away. What is the German perspective on an international climate agreement and what has the energy transition (Energiewende) got to do with it? The Clean Energy Wire talks to German activists, researchers, businesses, politicians and negotiators who have stakes in the talks. Today: Naemi Denz, member of the executive directorate at German Engineering Federation VDMA where she is in charge of technology and environment.

From the perspective of the machinery and engineering industry, which has developed climate protection technologies, but also is keeping a watchful eye on the cost burdens in its value chains, the result must have four elements. These are: to achieve  sustainable progress in climate protection, to formulate clearly defined goals, to share as equally as possible the burdens and opportunities for all suppliers in our sales markets and to maintain an overview of the impact on the entire industry.

As with other recent climate change negotiations, the biggest challenge is to mediate between developed and emerging markets. The industrialised countries are demanding greater engagement from the rest of the world. By contrast, the emerging economies want a fair chance for their own, self-determined growth. This is a fundamental conflict, but also one that is not insurmountable. China, for example, is already a world power on the global market, but is still aiming for significant economic growth in many regions. The Chinese government has already proven that it can invest heavily in climate protection, but is pushing back against a binding agreement. The industrialised countries also cannot agree on steps for concrete implementation. Personally, I am doubtful as to whether the motto, "Everyone does what he wants and can" is the right answer for the long-term.

Germany has traditionally been a driver and facilitator and should remain in this role. We have a vital interest in getting as many countries as possible to participate if we want to achieve our own ambitious goals. But we also have to be realistic about this scenario. On the world stage, it is always more effective if the European Union acts in unison, and even that is not a matter of course. Therefore, Germany should use its standing to help Europe present a unified position and represent the European agreement along the lines of the climate and energy package agreed for 2030.

The individual conditions in the various regions of the world are different. In this respect it is rather difficult to draw fundamental lessons. But some key issues are clearly evident. First, energy efficiency deserves more attention. To increase energy efficiency is always a direct form of climate protection, regardless of whether intelligent systems make buildings more efficient, precision machines operate with high efficiency or we use digitisation to optimise Industry 4.0 processes.
Second, the transition to renewable energies is not a very simple undertaking. The German Renewable Energy  Act has helped greatly to organise the entry into renewable energies. But we have also seen that we failed to adjust this process quickly enough. The current transition to a competitive tendering system makes sense. For this we need – now that about one third of our electricity comes from renewables  – efficient approaches to system integration and the linkages between sectors.
Thirdly, Germany has achieved a large part of its climate goals by closing and sealing landfills and reutilisation of landfill gas. Developing and emerging countries have an easier time, because their current challenge is to build a reliable energy market, and, if they want, a modern waste management system. A low-carbon economy is easier to create in an economy still in the midst of growth,  than in one that is already mature.
Incidentally, it is important to stress that Germany can be proud of the fact that it has  paved the way for solutions for the rest of the world, as a pioneer of climate-friendly and efficient technologies. That wind and solar power can be used in developing countries today has much to do with the learning curve in Germany. We have built a competitive industry for wind energy. For various reasons, this did not work out in photovoltaics.

From the perspective of the machinery industry, a global agreement would first of all bring great benefits! The opportunities are immense. If the interest in efficient technologies continues to rise, if production and processes are designed to be low in emissions, and if renewable energy and system solutions are required, then we may receive what we like to call the "energy revolution-dividend". Our industry would only suffer if an agreement includes heavy burdens or limitations in comparison to the regulations that apply to our direct competitors' industry. The former would come from higher costs, and the latter from restrictions such as unilateral constraints on exports, as we are seeing currently in coal power plants. For these, the OECD countries may block export credit coverage; but this does not prevent a single power plant from being built, as our competitors from China do not have to adhere to these rules.