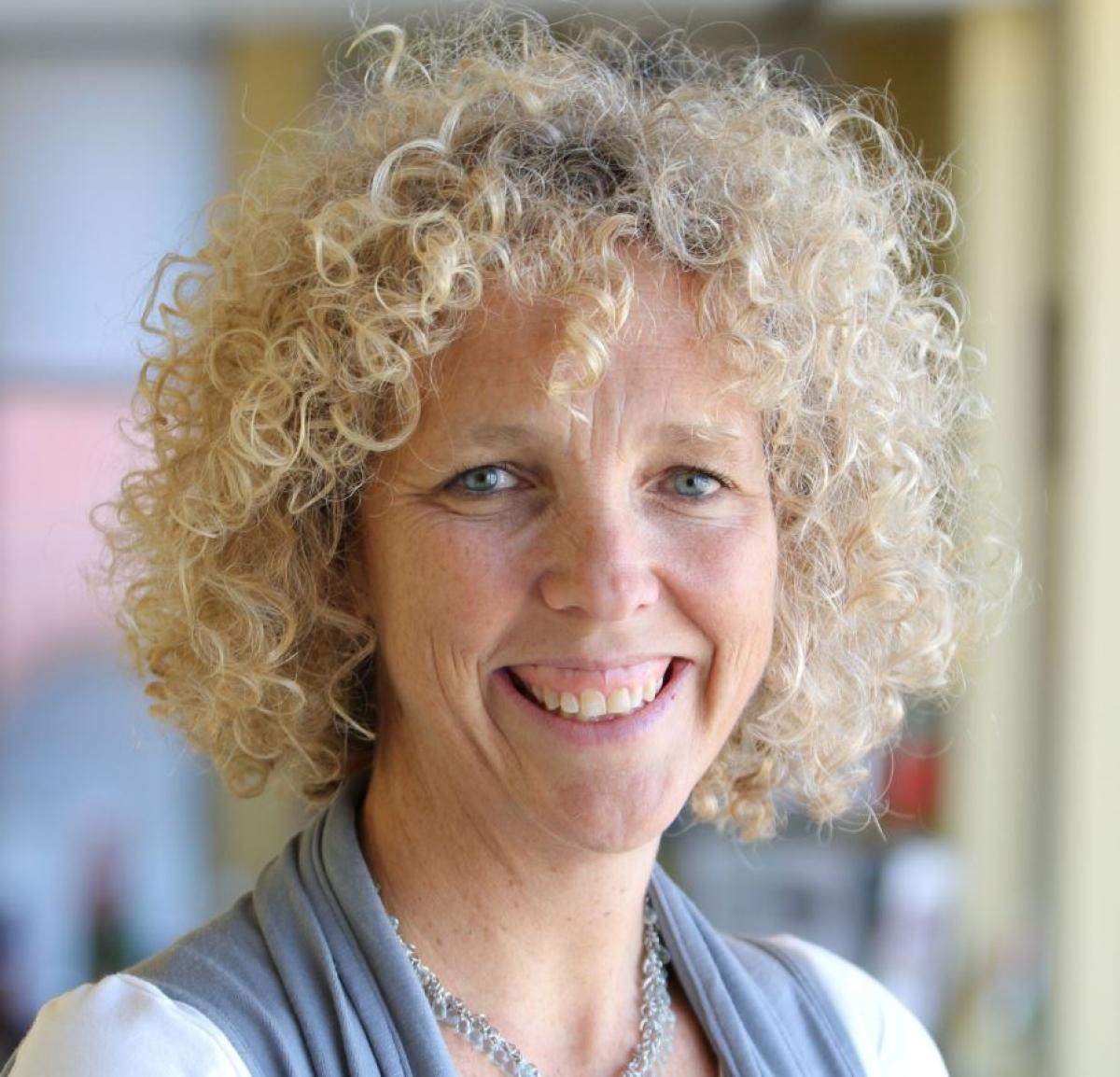 Jennifer Morgan. Photo: © Rat für Nachhaltige Entwicklung
The final negotiations for a global climate treaty in Paris are just weeks away. What is the German perspective on an international climate agreement and what has the energy transition (Energiewende) got to do with it? The Clean Energy Wire talks to German businesses, researchers, negotiators, politicians and activists who have stakes in the talks. Today: Jennifer Morgan, Global Director of the Climate Program at the World Resources Institute, who also serves on the German Council on Sustainable Development.

Jennifer Morgan: A successful outcome is an agreement that has clear short and long-term signals and that will accelerate the pace and scale of change to the zero-carbon, climate-resilient economy. Absolutely central for this is a support package for developing countries, to help them manage the impacts and make the transition to that zero-carbon economy.

The biggest challenge is that you have to get all the countries to agree by consensus. It’s a massive process challenge – imagine any national parliament having to agree by consensus on such a complex set of issues. Obviously, different groups of countries have different priorities.
The poorest and most vulnerable countries want to make sure that there’s a package that they feel will support them in this transition. This finance package – which is not only public money, but also about shifting private investments - is definitely one of the biggest challenges as well.

Do you believe the chances for a success have substantially increased since the last summit in Copenhagen?

There’s certainly a greater chance of success in Paris, for a number of reasons. Compared to the situation before Copenhagen, renewable prices have dropped dramatically – this has created an economic situation that simply didn’t exist before. It was seen very much as a choice between climate action and economic growth.
The second big shift concerns the US and China, who now act and cooperate on the highest levels, whereas before Copenhagen they were fighting with each other in the media. The announcements by those two countries have been game changers - no-one can hide behind them anymore, and they both clearly want a success in Paris.
Thirdly, there is a much greater level of understanding of what a UN agreement can do and cannot do. Before Copenhagen, everybody thought: ‘This conference will be the saviour and afterwards everything will be ok.’ Now we know Paris is just one important moment along the transformation, it’s not the end.
This time, there is also more pressure from more players. Now you see mayors, you see investors, you see business people pushing for an agreement. Having these other voices is incredibly important.

The Germans are definitely respected as being leaders, even if this position makes them feel uncomfortable. The country wants to get an agreement and provides an example through the Energiewende – proving that even a highly industrialised country can decarbonise its economy and grow it at the same. They also have been leaders in providing funding for developing countries. Germany’s role is to really push the EU and other countries, to try and get the most ambitious and effective agreement that’s out there.

What lessons can other countries learn from Germany's approach to cutting greenhouse gas emissions?

There are all kinds of lessons, but let me give you three. One is that you need a mix of policy instruments to get there. So, it’s good to put a price on carbon, but that’s not going to grow you renewables. You also need additional incentives for energy efficiency, for example.
A second lesson is that you need to think about building the politics while putting in place the policies. There is now such a strong coalition for renewable energies in Germany because with the feed-in tariff, incentives were being put in place for citizens, farmers, and other constituencies. This helps to keep those policies in place through changes in government, and it’s important to pay attention to this issue. The idea of just shoving through the right policies doesn’t really work. But, of course, there are also mixed lessons from this in Germany – for example on coal, it has been pretty hard. If you don’t build a policy package to ensure a just transition for workers, you can get a backlash if you decide to go further. So in some areas, Germany has done quite well. In others, there is definitely more work to be done.
The last point is the importance of a long-term vision, like Germany’s targets to cover 80 percent of power consumption with renewables in 2050 and cut greenhouse gas emissions by 80 to 95 percent. You need to have long-term signals to be able to think systematically and to ensure you’re doing enough in the early years to make sure you achieve the climate goals.

What does the world expect from Germany?

In the lead up to Paris, people expect Germany - and especially Chancellor Angela Merkel - to work carefully with other leaders to find solutions. She personally has a lot of credibility and a deeper knowledge than any other head of state out there. There is an expectation in the lead up to Paris and during the summit that she will invest a lot of her personal capital to make it a success.
After the summit, the world expects Germany to show the way, to be successful. When the Energiewende started a few years ago, many people had no idea how the country was going to do this. But they also said if anybody can do it, Germany can. Because of the ‘Made in Germany’ brand, and because of the successful economic role Germany plays in the EU and globally, people expect Germany to figure this out and then to work with other countries to help them.
Getting Intended Nationally Determined Contributions (INDCs) implemented will be a massive challenge. The credibility Germany has from the development perspective, combined with the experience and know-how on the climate front, is something that can be a great support for other countries. Everybody can learn from Germany’s experience, technically and institutionally. We need to make this experience applicable to other countries, so they don’t have to go over all of the bumps that Germany had to cross. I believe it’s a huge opportunity for Germany’s role in the world, but it needs to step into this more than it has been comfortable doing so far.

Do you believe Merkel’s reputation as “climate chancellor” is justified?

From an international perspective, it is justified, even if domestically there is more work to be done. I have no doubt that she understands the science and what’s at stake.
She managed to persuade the G7 to commit to decarbonisation by the end of the century. That was unexpected, is a big step and now one of the core options that’s being negotiated.  In a way, Paris is a great opportunity for Merkel. If the summit succeeds, it can provide more clarity, comfort, and certainty for the domestic debate within Germany. It will be further prove that Germany is not alone out there and nobody else is acting.