Day 12 at COP26: "Must defend good proposals on the table" – German env min 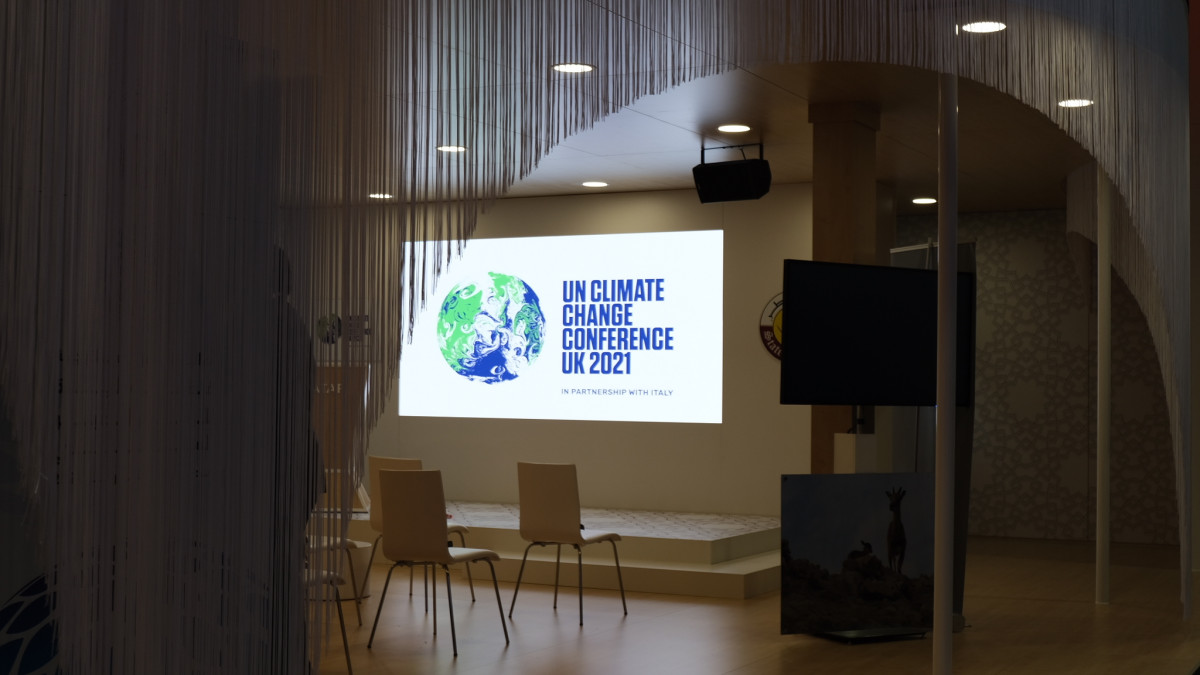 With the goal to "keep 1.5° within reach", many see this year's COP26 in Glasgow as the most important UN climate change conference since the landmark 2015 Paris summit. The last official day has arrived and negotiations on outstanding contentious issues are set to be difficult, so talks could run into overtime. CLEW tracks the latest views and comments from German officials, NGOs and other relevant news bits at the conference in Glasgow in a daily blog.

As the climate summit enters the final stretches, there are “good proposals on the table” which “must be defended”, German environment minister Svenja Schulze told journalists. “I am ready to stay longer for that.”

For the first time, there is a chance to include the coal phase-out in a final declaration at a climate conference, emphasised Schulze. “This is a paradigm shift that I very much welcome.”

Asked about whether the summit sent any kind of signal to the ongoing coalition talks in Germany, Schulze replied that the becoming coalition had already put climate action at the centre of its future policy programme. “The three parties of the traffic light coalition have all put a focus on climate and they all won the election.” Thus, no additional push from Glasgow is necessary for the coalition talks, said Schulze. However, the fact that there had been a lot of emphasis on phasing out coal could be understood as a signal to the negotiators in Berlin.

With only hours officially left to conclude talks in Glasgow, the details of how future carbon markets can help to increase climate mitigation ambition are being formed at the hands of government ministers while NGOs warn that current proposals would allow for a major “greenwashing monster” to arise from COP26. The German government is known for its strict attitude on issues such as double counting and robust measurements of emissions and their reduction. But as both the EU and Germany are criticised by NGO’s for not pulling their weight in the negotiations and other countries having vested interests in the use of existing carbon credits, observers fear that an agreement will be the very lowest common denominator and leave loopholes that could severely harm future emission reduction efforts.

COP26 with signals and homework for Germany’s coalition negotiators

NGO representative used the last official day at the climate summit to make the connection to the ongoing government coalition negotiations in Germany’s capital Berlin.

“What we see overall here in Glasgow is a strong signal towards 1.5° and thus a message to the negotiators in Berlin to tackle climate action as a key issue,” said Martin Kaiser, managing director of Greenpeace Germany. However, he and other NGO representatives did not have the impression this message has been understood in Berlin.

Germanwatch’s policy director Christoph Bals said the draft COP decision text had a strong focus on updating national climate targets and kicking off the decade of implementation now. However, “when you see how difficult it is for the coalition negotiations to make progress on the climate issue, you get the feeling that this signal has not yet reached the new coalition.”

His comments were echoed by Fridays for Future climate activist Luisa Neubauer. With the coalition talks happening at the same time as the COP negotiations, Germany has never had “doors more open-wide” to implement directly what is agreed at a climate summit, she told journalists. However, one had the feeling “that parallel worlds are being negotiated in Berlin and Glasgow.” If the government were aware of the pressure from the international conference, better signals would be coming from the coalition talks, she said.

“Transformation ministry” must set tone on climate in next government – Bals

The fact that Germany had not signed on to several key pledges organised by the UK COP presidency, such as the one on emission-free cars, showed that the current government is not united on many issues. This had to change with the future coalition.

As the parties have promised to put climate front and centre, their goal should be to set up a “transformation ministry” which sets the direction for all other ministries when it comes to climate action, preventing internal fights like those that took place in Glasgow, said Bals. “However, what we have seen so far in the coalition negotiations does not make me very optimistic that this will actually happen.”

Next government must clearly move away from oil and gas

At the COP, Germany has signed on to a pledge to phase out fossil fuel financing in foreign countries. According to Kaiser, this means that the next government has the clear mandate “to fundamentally reorganise [the government-owned development bank] KfW and Hermes [export credit guarantees] so that they act climate protection-oriented in all business areas and stop new investments in oil and gas very soon in 2022.”

Gas financing is also a key issue in the ongoing debate about the upcoming decision on the European Union’s taxonomy of sustainable investments. Kaiser criticised environment minister Svenja Schulze for demanding to exclude nuclear energy, but not mentioning natural gas. It would not be acceptable that taxpayers' money should be used to support a fossil fuel technology “under the banner of climate action and sustainability” in the year 2021, he said. “That is cynical beyond belief.” Kaiser and Bals called for both nuclear and natural gas to be excluded from the taxonomy. “However,” Bals added, “this looks to be another difficult negotiation issue among the coalition partners.”

And Kaiser said this could become the reason for a first dispute between a new government and European Commission President Ursula von der Leyen, who has indicated that both nuclear and gas could be labelled as sustainable technologies. “Then we will see how serious the coalition is,” said Kaiser.

Germany will have to revise the criteria that guide when the country uses state support for international energy projects after the country signed on to a pledge to phase out foreign fossil fuel financing at COP26, the economy ministry told Clean Energy Wire. “Germany supports the aim of bringing public support for international energy projects in line with the goals of the Paris Agreement,” a spokesperson said. “Every project must be in line with global as well as national requirements.”

“The exact criteria must now be specified. To this end, Germany is in close contact with partners in the EU and beyond,” the spokesperson told Clean Energy Wire.

The ministry added that Germany has not covered any projects for the construction of new coal-fired power plants with state export credit guarantees since 2015. In addition, the government decided in July 2020 to no longer cover supplies and services for the construction of new or the expansion of existing coal-fired power plants with export credit guarantees.

Export credit guarantees are already based on climate and environmental requirements of international regulations, said the ministry. These are contained in various guidelines, in particular the OECD Common Approaches und IFC Performance Standards.

According to NGOs Urgewald and DUH, the German government still finances overseas oil and gas projects through export guarantees (Euler Hermes) with a total volume of 11.75 billion euros.

Country delegations at the UN climate summit in Glasgow have to resolve the last contentious points of the Paris Agreement rulebook to ensure its successful implementation over the coming years, said German state secretary Jochen Flasbarth in an interview with public broadcaster Deutschlandfunk.

“Above all, we must agree on the last outstanding rules under international law.” Should the remaining contentious points not be resolved, “the implementation of the Paris Agreement in the coming years will be very, very difficult,” said Flasbarth.

The last official day of negotiations in Glasgow started off with new draft texts from the UK COP presidency, which delegations, journalists, researchers and NGOs are now reading carefully. One important aspect, the mentioning of “accelerating the phase-out of unabated coal power and of inefficient subsidies for fossil fuels” is still in the drafts.

Flasbarth said he is of course prepared to stay in Glasgow should the negotiations run into overtime, as is usual. “I’d like to leave tomorrow, but we’ve of course made arrangements should it take longer.”

Aside from the official negotiations, the most important result of the conference so far was the agreement between the U.S. and China for more intensive cooperation on climate, said Flasbarth.

Asked about Ugandan activist Vanessa Nakate’s statement that “we are drowning in promises”, Flasbarth said this was not correct. “Of course, these are pledges at first, but then implementation follows. […] If for instance Germany, together with Great Britain and France, the EU and the USA, has now reached an agreement with South Africa on assistance in phasing out coal, then this is very very concrete and not an empty promise.”

Day 11 at COP26: Germany and other EU countries call for nuclear-free taxonomy