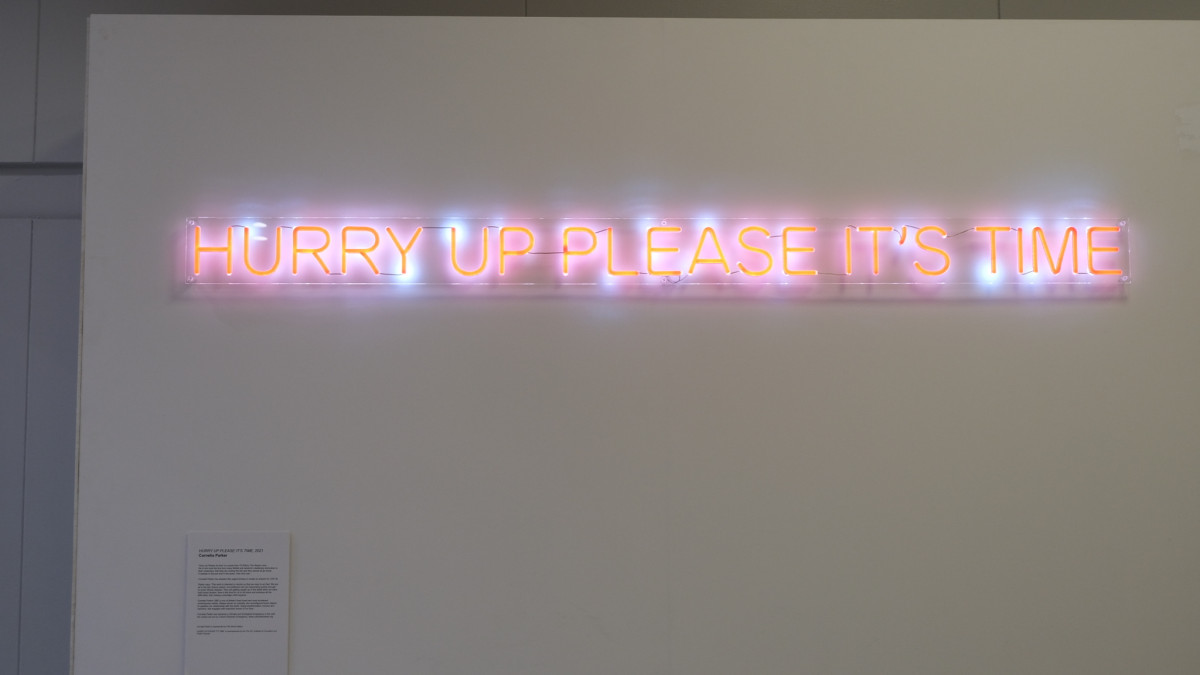 Artists and activists increase the pressure on government delegations to come up with ambitious agreements at the UN climate summit in Glasgow. Photo: CLEW/Milou Dirkx.

After a week of political announcements, ministers this week join their negotiators to hash out the nitty-gritty of the Paris Agreement rulebook and eyes are on a possible solution for carbon markets under Article 6. CLEW tracks the latest views and comments from German officials, NGOs and other relevant news bits at the conference in Glasgow in a daily blog.

The next German government should see the coal exit support agreement for South Africa as a blueprint for boosting international climate action. Several countries including Germany announced the funding plans for South Africa’s coal phase-out during the first week of COP26.

“What Germany and other countries have done with South Africa is so far the best agreement for an international climate partnership between a number of actors that helps a coal country to implement ambitious targets,” Bals told Clean Energy Wire. Germany's foreign climate policy in all relevant ministries has to be equipped much better in terms of mandate, finances and personnel in order to also implement such agreements with other countries such as Indonesia and the Philippines. “Then what we do here at home in Germany or in the European Union can become a lever for implementing international climate policy very successfully.”

The U.S., the UK, France, Germany and the European Union joined together in a first-of-its-kind partnership to support South Africa with 8.5 billion USD to move away from coal more quickly. Germany said it would spend 700 million euros on the initiative.

Similar to Bals’ comments, several actors in events throughout the climate summit hailed the agreement. French minister of ecological transition Barbara Pompili called the partnership “a new model” and a way to deal with coal-dependent nations, and added that something similar could be done with countries such as Poland.

Germanwatch’s Bals said that the pressure to exit coal by 2030 as industrialised nations is big and the next government should make clear that this will be part of its plan. He also called on the government to get a move on when it comes to phasing out fossil fuel subsidies. “It is absurd to put so much money into fossil structures and at the same time support other structures with more and more money. This is inefficient and must be reformed in this legislative period.”

Bals said the climate finance delivery plan presented by German state secretary Flasbarth and Canada’s environment minister Jonathan Wilkinson was not the hoped-for signal of trust for poorer countries. “I would call it a containment of mistrust. It’s too little and a negative signal to the developing countries,” said Bals.

Due to the ongoing coalition negotiations in Berlin and the absence of key politicians like environment minister Svenja Schulze for large parts of the Glasgow conference, the German delegation could not play as strong a role as it has in previous COPs, but could also not be seen as a lame duck government at the climate summit, said Bals. “Germany plays a good role.”

The German delegation is confident that agreements on Article 6 and 6.4 of the Paris Agreement will be reached by the end of the week, Jochen Flasbarth, part of the environment ministry’s negotiating team said at a side event in the German Pavilion. “Article 6 can be an opportunity to enhance ambition,” he said, adding that “it is not greenwashing, if we are careful” and if robust rules are implemented to ensure trust in the trading of emission reductions.

He announced that Germany is ready to kick-off a “substantial buying programme” to breathe life into Article 6.4 which deals with voluntary carbon markets. “Germany would be in a position to do it alone now, but that does not reflect the idea of Art 6.4; we want partners from other governments and companies,” he said. To help developing countries to be part of the scheme, Germany will also continue to invest in capacity building, for example by supporting the East and West African alliances for carbon markets and climate finance.

Article 6 of the Paris Agreement on carbon markets is one of the hot potatoes at the Glasgow summit, as it is one of the last parts of the 2015 agreement where the “rulebook” of implementation guidelines has not been completed. While much of the negotiations focus on the carbon credit trading between countries, Article 6.4 concerns the private trade of carbon emission reductions generated through projects in various countries (generally in the global south).

In what was hailed as a “game changer”, Germany has joined a group of several countries at COP26 who pledged to end foreign fossil fuel funding by 2022. After some days of delay due to internal government coordination, state secretary Jochen Flasbarth signed the “Statement on international public support for the clean energy transition”, in which signatories promise to shift overseas finance away from fossil fuels and toward clean energy.

“This is a game changer, also for domestic conversations and negotiations around the EU taxonomy,” said Alexander Reitzenstein, project manager "Climate Neutrality" at the German Council for Sustainable Development (RNE) and the Deutsche Gesellschaft für Internationale Zusammenarbeit (GIZ).

It remains to be seen what exactly the pledge means for Germany’s future international fossil fuel projects, such as H2-ready gas power plants. The pledge commits signatories to end new direct public support for the international unabated fossil fuel energy sector by the end of 2022, “except in limited and clearly defined circumstances that are consistent with a 1.5°C warming limit and the goals of the Paris Agreement.”

The Netherlands, another previous holdout, has also joined the pledge. “This is a significant boost,” said state secretary for finance Hans Vijlbrief. “A big step in the right direction to combat climate change.”

The role of gas had emerged as a key issue that kept the German government from signing on to the pledge. For example, the state-owned development bank KfW has several funding projects in the pipeline to improve energy efficiency of existing natural gas infrastructure. Germany wanted to be sure such projects would not be made impossible by signing on. The parties involved in negotiations to form Germany's next government coalition (SPD, Greens, FDP) have said natural gas will play an important role as a transitional fuel in Germany’s energy supply.

NGOs welcomed Germany’s decision to sign on to the pledge. This now has to be backed by action, said Constantin Zerger of Environmental Action Germany (DUH), and called for reforming Germany’s foreign trade promotion instruments such as the export credit guarantee “Hermes cover”.

A global deal to eliminate new car emissions by 2040 is struggling to attract support from the world’s largest carmakers and governments including the U.S., China and Germany, reported the Financial Times. Two UK officials confirmed Germany, China and the US had not yet signed up, wrote FT.

The pledge included a commitment to “work towards all sales of new cars and vans being zero emission globally by 2040, and by no later than 2035 in leading markets”, according to a final draft seen by the FT. The pledge is due to be released at the climate summit on 10 November.

Germany’s rationale for not signing up was that it wanted to pursue an option of “synthetic fuels” with a lower carbon content. “But we do not see that as zero carbon or anywhere near zero carbon,” a UK official said.

German carmakers Volkswagen and BMW have also said they would not sign the deal.

For the first time in six years, Denmark is back at the top of the Climate Change Performance Index (CCPI) by NewClimate Institute, Climate Action Network and Germanwatch. However, as in past years, no country performs well enough in all index categories to achieve an overall very high rating. “No single country is on track with its short-term policies to meet its long term targets,” said Niklas Höhne of the NewClimate Institute at a press conference in Glasgow.

Published annually since 2005, the Climate Change Performance Index (CCPI) tracks how countries are doing on climate action. It covers 60 countries plus the European Union this year, which together account for more than 90 percent of global greenhouse gases. The CCPI assesses each country’s performance in four categories: greenhouse gas emissions (40% of the overall ranking), renewable energy (20%), energy use (20%) and climate policy (20%).

Germany has moved up six ranks since the last index was published. The main reasons were a sharp decrease in emissions in 2019 due to coal plant closures, and an updated 2030 climate target following a landmark climate ruling by the constitutional court, said Jan Burck from Germanwatch. “However, at the moment this is an unpaid check,” he told Clean Energy Wire. “The new government has to act quickly to implement policy if they want to move up the ranks or even hold their position,” said Burck.

Overall, the European Union dropped six ranks from last year (now 22nd) and is no longer among the high performers. As several countries had recently made pledges on ending coal, the EU had good chances of moving up the ranks if those member states followed up on their promises, said Burck.

He names four key reasons: the COPs are fixed dates in the global climate policy calendar and create a certain dynamic, they set globally accepted guidelines and rules, they are more than just negotiations among governments (“global climate fairs”) which pave the way for frontrunner alliances, and they bring the powerful and those who feel powerless together at one table where everyone has equal say. “The 38 small island states and the 46 least developed countries sit at the table on an equal footing with the major powers. This creates moral pressure,” wrote Flasbarth.

Pledges to the climate change Adaptation Fund amounting to 232 million USD by ten countries and regions including Germany might seem like a drop in the bucket when considering the actual needs by poorer countries, but are a “strong signal for the countries of the global south,” said Julia Grimm, climate finance expert at NGO Germanwatch. The new pledges more than doubled this year’s overall contributions to the fund, said Germanwatch.

The NGO says the Adaptation Fund is of central importance for many poorer developing countries. As one of the few channels through which these countries have direct access to funding, they did not have to take the time-consuming diversions via multilateral organisations, “where a lot of money often gets stuck before it reaches where it is needed,” says Germanwatch. The fund finances small, local projects with a focus on particularly vulnerable population groups.

Germanwatch policy director Christoph Bals also had a message for the parties currently negotiating an agreement for Germany’s prospective next government coalition. “International climate financing must also be high on the agenda in the coalition negotiations. The German contribution until 2025 must be significantly increased. We need a paradigm shift in climate financing so that it is seriously oriented towards the actual needs of those who are hardest hit by the climate crisis,” he said.