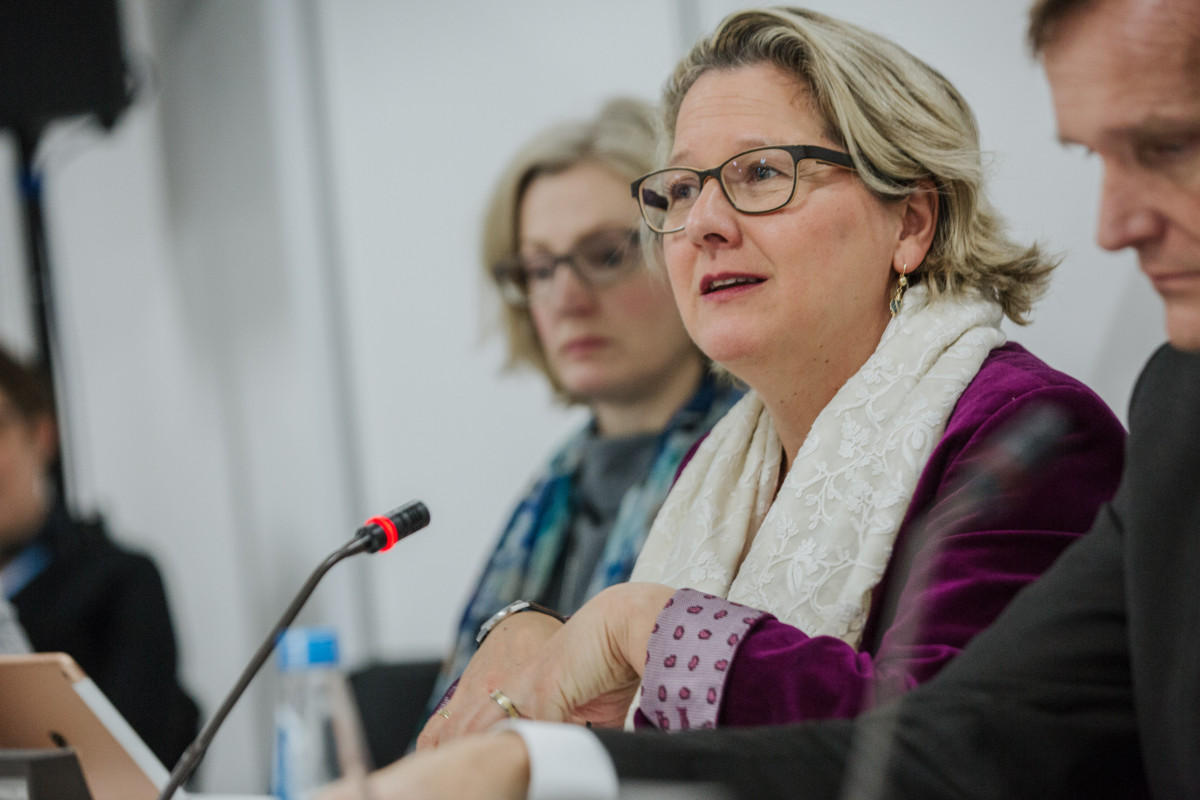 German environment minister Svenja Schulze has sent a first draft of the planned Climate Action Law to the chancellery for “early coordination”, even as conservative politicians continue to criticise key elements and demand for it to be put on hold. Social Democrats called on the their government partners to not just block the process, but present proposals, while the conservative party head Annegret Kramp-Karrenbauer wants a serious discussion that should conclude by the end of the year. Media commentators said the government coalition is unwilling or unable to tackle the existential issue of climate protection.

The controversy within Chancellor Angela Merkel's governing coalition over the planned climate action law continues as environment minister Svenja Schulze, a Social Democrat, presented a first draft to the chancellery despite ongoing criticism from conservative lawmakers. “I have submitted a draft of the Climate Action Law, which we will now discuss within the federal government,” said Schulze in a message on Twitter. The country needs a “reliable framework for climate action and cannot afford to fail its targets again – neither politically nor financially,” she said.

Over the past days, politicians from Merkel’s conservative CDU/CSU alliance have sharply  criticised key elements of the Social Democratic (SPD) minister’s proposal for a framework climate action law – which is meant to ensure that Germany meets its 2030 climate targets – creating a potential stumbling block to the process as a whole.

Members of the conservative parties see Schulze’s plan to enshrine climate targets for each economic sector into law and hold other ministries accountable for failing to abide by these as an overreach which would put her ministry in a “dominating position”. Georg Nüsslein, deputy head of the CDU/CSU parliamentary group in the Bundestag, said the draft amounts to a planned economy and likely would not survive the coordination with other ministries. German media reported that plans to go ahead with the law had been put on hold after a meeting of the heads of the governing coalition parties last week.

However, conservative party head Annegret Kramp-Karrenbauer, who has succeeded Merkel as leader of the CDU and is a likely candidate for chancellor after the next national elections, has called for a serious discussion about the climate action law, which would have to be concluded by the end of the year.

According to an environment ministry spokesperson, the draft was now sent to the chancellery for “early coordination”, a common step in the German legislative process ahead of the official coordination among affected ministries.

The cabinet has not yet formed a final opinion on the law, but the government coalition “is in complete agreement to get a climate action law off the ground with which we can reach the 2030 climate targets”, a government spokesperson told journalists at a press conference.

Germany faces many months of heated political debate over its planned new Climate Action Law. After months of coalition talks, Merkel's government promised in its 2018 treaty to ensure the country reached its 2030 greenhouse gas reduction targets by enshrining them in law by the end of 2019. The environment ministry wants to use the framework law to transfer already binding EU climate targets and existing national emission reductions goals for each economic sector into German legislation. The ministry plans to add a policy programme of measures by which each ministry in charge of one of the climate action sectors is to reach these targets. Both coalition partners are under pressure after a series of losses in regional elections as votes for the European parliament in May and in three Eastern states in autumn loom. At the same time, the government needs to implement the coal exit commission's proposal.

“The coalition treaty is crystal clear,” said Matthias Miersch, deputy head of the Social Democratic parliamentary group. The coalition agreed to introduce a law that guarantees reaching 2030 climate targets and Schulze's draft “fully meets these requirements by creating a reliable framework”, he said. He called on the conservative CDU and CSU government partners to not just block the process, but present proposals.

The economy policy spokesperson of the CDU/CSU parliamentary group Joachim Pfeiffer said his group supported a programme of concrete measures for climate action in the individual sectors, but not a framework climate action law, reports news agency dpa.

In an opinion piece in German business daily Handelsblatt, Silke Kersting criticised the dispute within the government coalition as a “disgraceful spectacle”, as time is pressing to start the transition to a climate-friendly economy. “This government is not only a long way from a climate protection law. Apparently, it is also unwilling or unable to tackle the issue in all its facets in the same way it deals with other existential questions for Germany, such as trade and export policy,” writes Kersting.