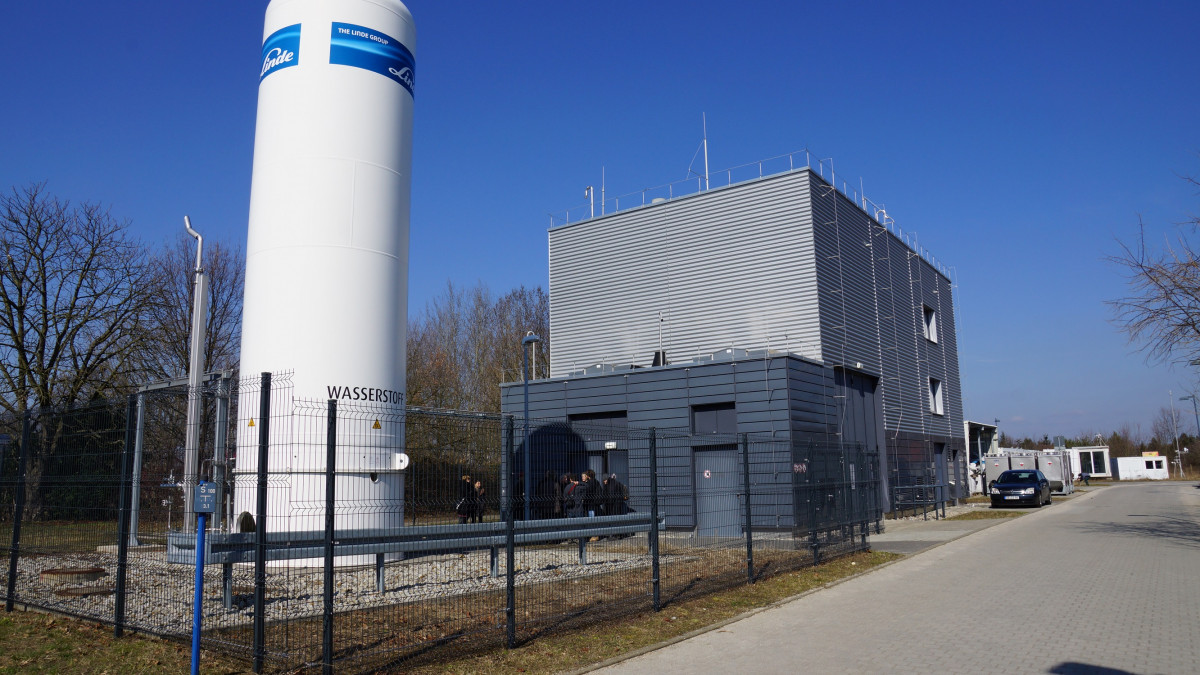 "Green hydrogen should be produced domestically and on an industrial scale as soon as possible,” writes the economy ministry. Photo: CLEW/Wettengel.

Gaseous energy sources will play a "crucial role" in Germany's long-term energy supply and industrial production, with CO₂-neutral or carbon-free gases, such as green hydrogen, being a key element, according to a draft report by the economy ministry seen by Clean Energy Wire.

The German economy ministry is counting on natural gas and renewables-based gases as a core element of the country's future energy supply, it says in a draft report entitled "Gas 2030” seen by Clean Energy Wire.

"On the one hand, the report clearly shows that gaseous energy sources will be a necessary element of Germany's energy supply in the long term, but it is also clear that – in light of ambitious climate targets for 2050 – there will be virtually no room for fossil natural gas in its current applications," the paper states.

Gas demand will not change substantially over the coming decade, and fossil gas will play an important role even beyond 2030, the ministry says. However, it will increasingly be replaced by carbon-free or CO₂-neutral gases, such as green hydrogen.

Gas will be needed to support renewables in replacing coal in power and heat generation, it will continue to be used in industrial processes like cement production, and will remain necessary in areas of transport where electrification is difficult, the ministry writes.

In light of the planned coal and nuclear exit, the future role of gas in Germany's energy supply has become a crucial topic of discussion as it is less CO₂-intensive than oil and coal. Natural gas currently covers almost a quarter of Germany’s primary energy consumption, mostly used for heating and cooling in households and public buildings and in industrial process heating systems. In the longer term, experts are looking to power-to-gas technology, which uses renewable electricity to make synthetic gas, such as green hydrogen, that can be stored on a large scale and used on days with little wind or sun.

Today, Germany has to import most of the energy it consumes. "Germany will also have to import energy sources on a large scale in a decarbonised world," as the production cost for renewables-based gases will be much lower in wind and sun-rich parts of the world, the paper says. "These developments have extensive geopolitical implications that have to be taken into account in policy in good time."

In regard to climate-friendly gases, cross-border cooperation in the EU and beyond, will be of "pivotal importance,” much more than in the earlier years of the Energiewende, or energy transition, the ministry points out. Due to the limited availability of renewable electricity, domestic green hydrogen production will likely be relatively low and Germany will have to import much of what it needs, the paper says. The economy ministry calls for the establishment of special energy partnerships with other countries.

Still, to make use of the "industry policy potential" and the good position of German research and development in power-to-gas technologies, "green hydrogen should be produced domestically and on an industrial scale as soon as possible”, it adds. The production of green hydrogen has become a hot topic in Germany, and the federal government is planning to decide on a hydrogen strategy by the end of the year.

The ministry writes that German companies are global leaders in hydrogen mobility technologies, but countries in Asia are pushing hard to make them ready for the market. "Against this backdrop, there is a considerable industrial policy and economic interest to expand [Germany's] good current hydrogen mobility starting position in order not fall behind Asian competitors."

Gas will be used to ensure power supply security

The economy ministry is calling for the extensive modernisation and adaptation of gas infrastructure over the coming decades, which would enable it to transport higher shares of hydrogen into the gas mix and receive and distribute green hydrogen from offshore power-to-gas plants.

In the power sector, gas will be needed to ensure supply security as coal and nuclear energy sources are phased out.

Gas plants will predominantly be fuelled with fossil natural gas until 2030 at the earliest. In light of the high production costs, other gaseous sources will hardly play a role, the ministry writes. The relevance of biogas remains limited in power generation "and will continuously decline over the coming decade”.

In the long term, electricity production from gas will decline as renewables expand, and will only be used to guarantee supply security. Lawmakers will have to decide to what extent Germany will need to protect itself against unlikely extreme events and thus accept resulting costs for keeping capacity ready.

The draft paper is the result of several months of exchanges between the economy ministry and industry, and stakeholders now have time to comment on it.