New car registrations in Germany fell 35 percent in the first half of 2020 to 1.21 million cars, reaching the lowest level since German reunification 30 years ago, according to the German Association of the Automotive Industry (VDA). Exports and production declined by 40 percent each compared to the same period a year ago. The commercial vehicle sector is expected to be even worse hit, with a 29 percent decline in the full-year sales forecast in Germany and a 35 percent drop in Western Europe. "The slump in the markets is unprecedented in its magnitude and global scale,” said VDA President Hildegard Müller. While a slight recovery is expected in the second half of the year, it will not be enough to prevent job losses, particularly among suppliers, the VDA added. Germany is expected to see a 23 percent drop in new car registrations to 2.8 million in all of 2020. In Europe, the VDA forecasts a 24 percent decline for the full year, while the global car market is expected to fall by 17 percent to 65.9 million units.

Demand for electric cars is growing, however, Henrik Mortsiefer writes in Der Tagesspiegel, citing figures published today by Germany’s Association of International Motor Vehicle Manufacturers (VDIK). The association expects more than 90,000 newly registered electric vehicles in the first half of the year, an increase of some 90 percent, including more than 43,000 battery-electric drive cars (a plus of 40 percent) and some 47,000 plug-in hybrids (a 190 percent increase).

As part of Germany’s COVID-19 recovery stimulus programme, the government has doubled e-car buyer premiums from 3,000 to 6,000 euros in an effort to increase the number of e-cars on the road. The shift to low-carbon mobility in Germany has been slow so far although the country's world-renowned carmakers are now all betting on electric vehicles. However, so far transport emissions have remained stubbornly high. 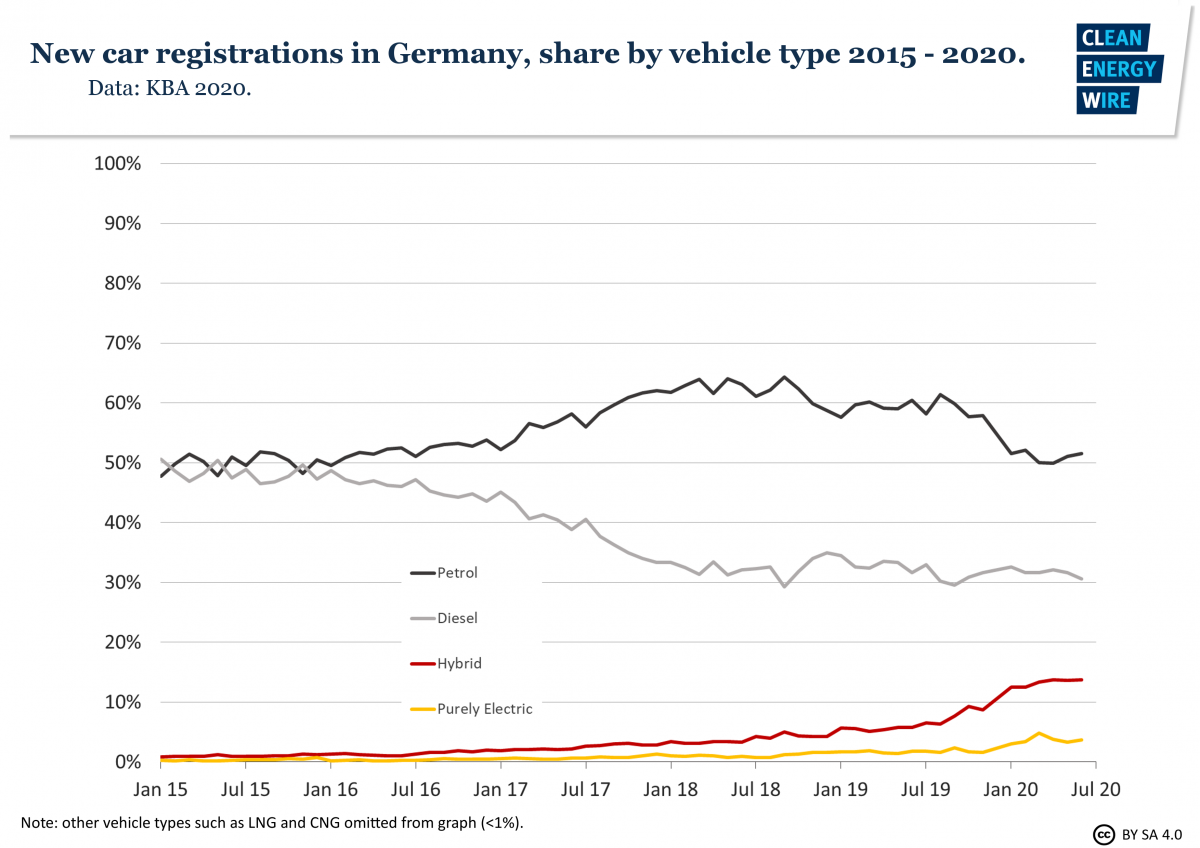