The German parliament has passed the latest reform of the Renewable Energy Act (EEG), which specifies a timeline of tenders for renewable power installation additions until 2028. The bill, which was proposed by the energy ministry, passed with 357 voices against 260. A 16-point resolution drafted by coalition parties SPD and CDU/CSU, which includes plans for further changes to the law, for example when it comes to financing renewable installations, was also passed. It also specifies that the growth path for the various renewable capacities, e.g. onshore wind, biomass and solar PV, will be amended again early next year to incorporate the planned higher EU 2030 climate target and account for the increased need for renewable power in the heating and transport sectors.

Energy minister Peter Altmaier said the new EEG marked the first time the goal of greenhouse gas neutrality in electricity supply became part of the law. “We are introducing a whole bundle of individual measures - from facilitating own-consumption of renewable power to the financial participation of municipalities in the expansion of onshore wind energy. This is a major and central step for the energy transition,” Altmaier said. He said the “bold step” of exempting green hydrogen production from having to pay the renewables levy is “creating the basis for [its] market ramp-up", adding “I am sure this will also be taken up by other European countries.”

Holger Lösch, deputy managing director of the Federation of German Industries (BDI), commented: "The EEG reform that has now been passed falls short of our expectations. Instead of many small changes, the EEG urgently needs a comprehensive reform to make the energy transition a success.” The government had failed to provide answers as to how the further ramp-up of renewable energies will be financed, he said. “The order of the day must be to make the increasingly sustainably generated electricity significantly cheaper,” Lösch said in a press release.

Anton Hofreiter, deputy parliamentary group leader of the Green Party (who voted against the government bill), said the coalition parties were endangering the prospects of Germany as an industrial location. “Although the demand for green electricity from e-cars and climate-friendly industry will foreseeably increase, the coalition is putting the brakes on the necessary expansion momentum,” Hofreiter said in an e-mail statement. The steel, chemical and automotive industries need renewable energies for modern technologies, and the grand coalition is denying them these, he said.

The new EEG will take effect in January 2021. 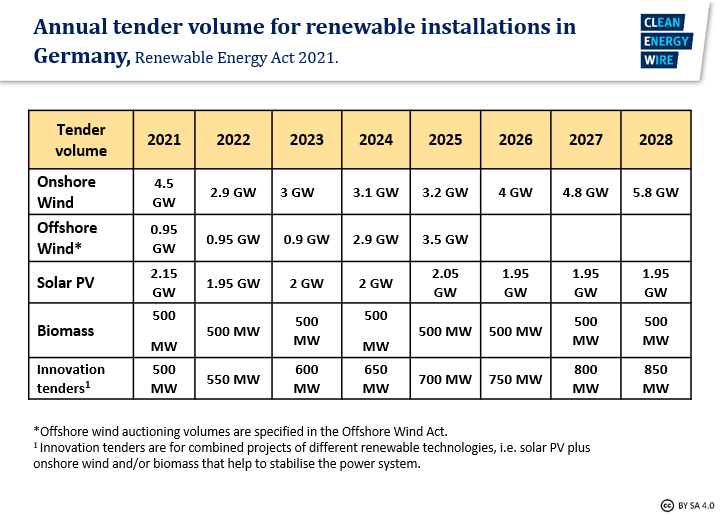