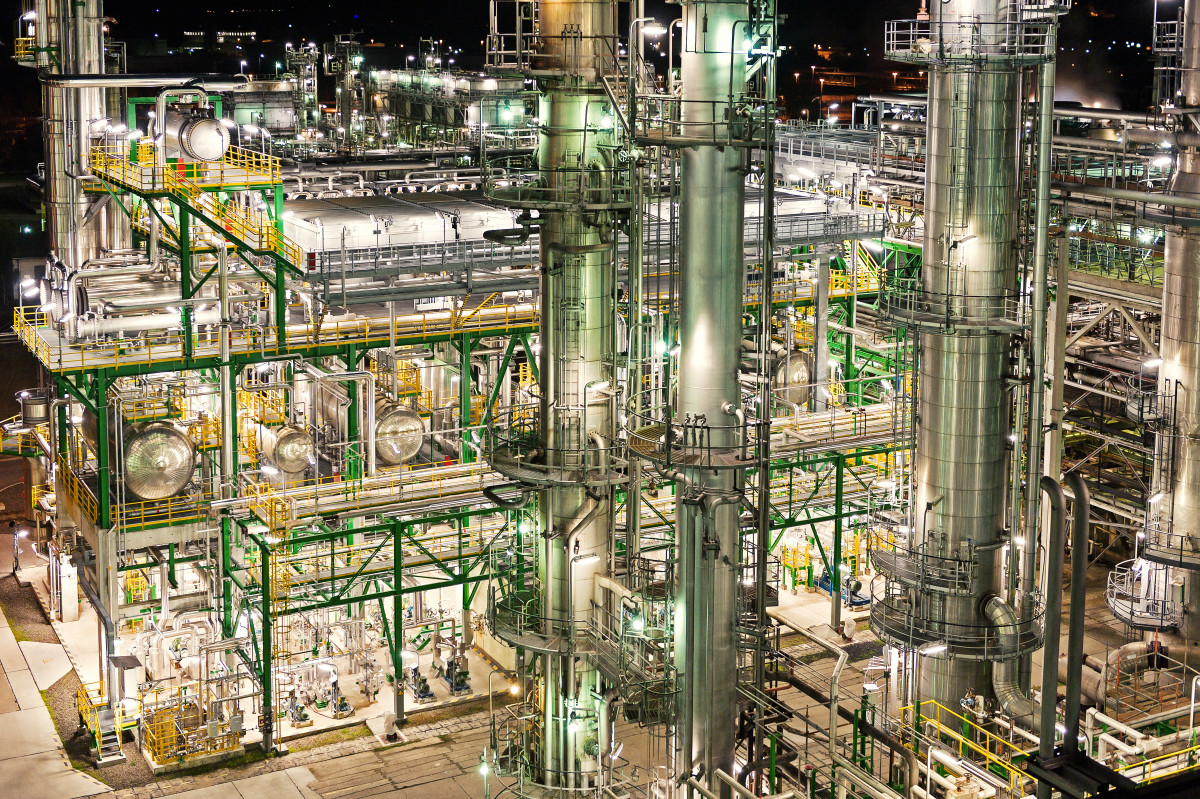 "It proves to be a mistake to give this responsibility to a Russian state-owned company" regarding the energy supply in the region, said economy minister Habeck about the refinery in Schwedt. Source: PCK Raffinerie GmbH.

Germany is making considerable progress in weaning itself off fossil fuel imports from Russia and could become virtually independent of the country’s coal and oil by the end of this year, said economy and climate minister Robert Habeck in Berlin. Natural gas supply poses the biggest challenge and it will likely take until mid-2024 for Germany to be able to forgo deliveries from Russia, said the minister. Significant expansion of renewables, reduction of consumption in all sectors, diversification and the ramp-up of hydrogen are needed for this. In the short term, RWE and Uniper are finalising contracts to rent three floating LNG terminals that could be used to import liquefied natural gas directly into Germany, possibly already in the coming winter. Habeck commended the “great unity” of European states and transatlantic partners in their efforts to become independent from Russian energy. [UPDATE adds Habeck quote "We don’t have to let ourselves be blackmailed."]

Germany can become independent from Russian coal by autumn, virtually independent from the country’s oil by the end of 2022, and largely do without its natural gas by summer 2024, said economy and climate minister Robert Habeck. However, presenting an update on Germany’s energy supply security and the status of dependence on Russian deliveries, the Green Party politician reiterated the government’s stance that it is too early for an immediate energy embargo.

“Companies are letting contracts with Russian suppliers expire, not renewing them and switching to other suppliers,” Habeck told journalists in Berlin. “And at an incredible pace.” Habeck commended the “great unity” of European states and transatlantic partners in their efforts to become independent from Russian energy. It is this unity that would help “put a stop to Putin’s game.”

As Habeck spoke in Berlin, European Commission President Ursula von der Leyen and U.S. President Joe Biden announced a deal that would see the U.S. deliver an additional 15 billion cubic metres (bcm) of LNG to the EU in 2022.

In the midst of the Energiewende, Germany still relies heavily on imports of fossil fuels. In 2021, about 35 percent of crude oil, 55 percent of natural gas and almost half of hard coal imports came from Russia. Due to this dependence, chancellor Olaf Scholz has repeatedly warned of a sudden halt of deliveries from Russia, saying this would plunge Germany and Europe into a recession.

"We don’t have to let ourselves be blackmailed."

According to the government’s “Energy Security Progress Report,” oil imports from Russia will be halved by mid-2022 and the share of hard coal imports reduced from 50 to 25 percent already in the coming weeks. The share of natural gas supplies from Russia sank to about 40 percent by the end of the first quarter 2022 (55% for full 2021), said the report. This happened thanks to increased pipeline supplies from Norway and the Netherlands, and via LNG contracts, but came at a high cost, as prices for gas have increased substantially in recent months.

Too early for an embargo, more time needed to replace Russian gas

Habeck reiterated that it was too early for an all-out embargo on Russian energy supplies, but that this did not mean that the government was not preparing to stop these supplies. He said it would make “a big difference” whether the government decided to introduce such a step, or whether the Russian president halted supplies.

“If we decide it ourselves, we also have to take responsibility for it, in all its consequences, all the way to the end,” said Habeck.

The minister added there was not yet a supply bottleneck in Germany and the country still had options to act. These might lead to constraints, but "we don’t have to let ourselves be blackmailed."

The country needs more time to replace Russian deliveries, especially of natural gas, said Habeck. “We still have a way to go and we will only be able to say goodbye to Russian gas with a joint effort – the federal government, the states, local authorities, companies and private households together.” The minister said the expansion of renewables, the consistent reduction of consumption at all levels, diversification and the rapid ramp-up of hydrogen are imperative for the country to be able to do without Russian gas by mid-2024.

In the short term, energy companies RWE and Uniper are finalising contracts to lease three floating LNG terminals (FSRU) that could be used to import liquefied natural gas directly into Germany as early as next winter.

With the leasing of the three floating terminals, around 27 bcm of LNG could be landed in the final stage step by step by summer 2024. As early as in the winter of 2022/2023, an additional 7.5 bcm of LNG would be available on the market.

Bloomberg's Sergio Chapa reported that American gas exporters and German buyers of the power-plant fuel will meet next week in Berlin to speed up talks on how the U.S. can help the European industrial powerhouse wean itself off Russian supplies. The U.S. Embassy in Germany is coordinating the meeting with the liquefied natural gas suppliers, expected to take place after the March 29-30 Berlin Energy Transition Dialogue conference, people familiar with the plans said.

Reducing oil imports from Russia presents an additional problem for the German government. About a third of Russian supplies are imported to be processed in the Schwedt refinery in Brandenburg. As this is largely owned by the Russian company Rosneft, Habeck does not expect it to reduce imports from Russia voluntarily, like other companies have signalled already.

“You don't have to be particularly bright to realise that a Russian state-owned company does not want to become independent of Russian oil in this situation,” said Habeck. It turned out to be “a mistake” to allow a Russian company such responsibility regarding the energy supply of this region and beyond. “But we are also working on this,” said Habeck without providing details.