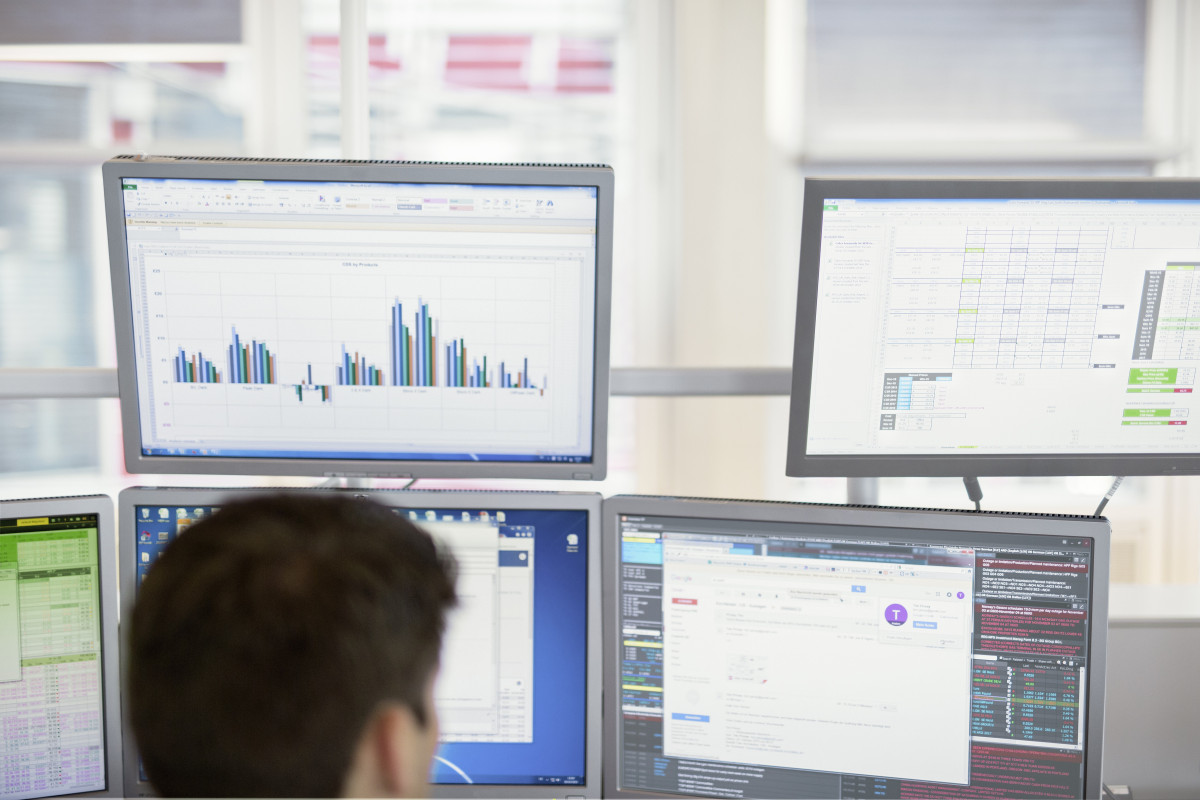 Germany’s government aims to amend legislation that would allow the state to take stakes in companies severely affected by rising costs of imported fossil gas, such as Europe’s largest importer of Russian gas, Uniper. The cabinet adopted draft bills which now have to be debated and decided by parliament. The energy crisis, exacerbated by Russia’s war against Ukraine, means that some German energy companies crucial to supply security are struggling. As Russia has significantly reduced gas supplies to and through Germany, Uniper must procure the volumes on spot markets at much higher prices, putting the company in a difficult situation because it is not allowed to simply adjust prices for its customers in the current situation. Possible state support for Uniper – Europe’s largest buyer of Russian fossil gas – is the right solution because an insolvency would trigger a domino effect and shake up the entire German gas industry, energy analyst Andreas Schroeder told Clean Energy Wire.

Germany is introducing legislation which would give the state power to take stakes in utilities and allow energy companies pass on increased procurement costs in certain situations, as the government aims to increase energy supply security.

Under what has been branded “lex Uniper” by some media outlets, following the example of the financial crisis and the coronavirus pandemic support, systemically important utilities and traders would receive funds according to clear guidelines. Energy company Uniper faces soaring costs to meet obligations to customers because it must procure volumes, which Russia is no longer delivering, on spot markets at much higher prices. The cabinet today decided the relevant changes to the Energy Security Act (EnSiG), which now have to be debated and decided in parliament.

"The situation on the gas market is tense and unfortunately we cannot rule out a deterioration of the situation," said Habeck today (5 July). The minister emphasised that the changes in legislation provided new possibilities to tackle a worsening crisis in the future. “These instruments are sharp swords that we give ourselves but do not want to use yet. We would only use them with great caution.” Habeck said that should parliament pass the legislation this week, it could of course be applied, but it was “yet to be decided” whether Uniper would have to be supported. 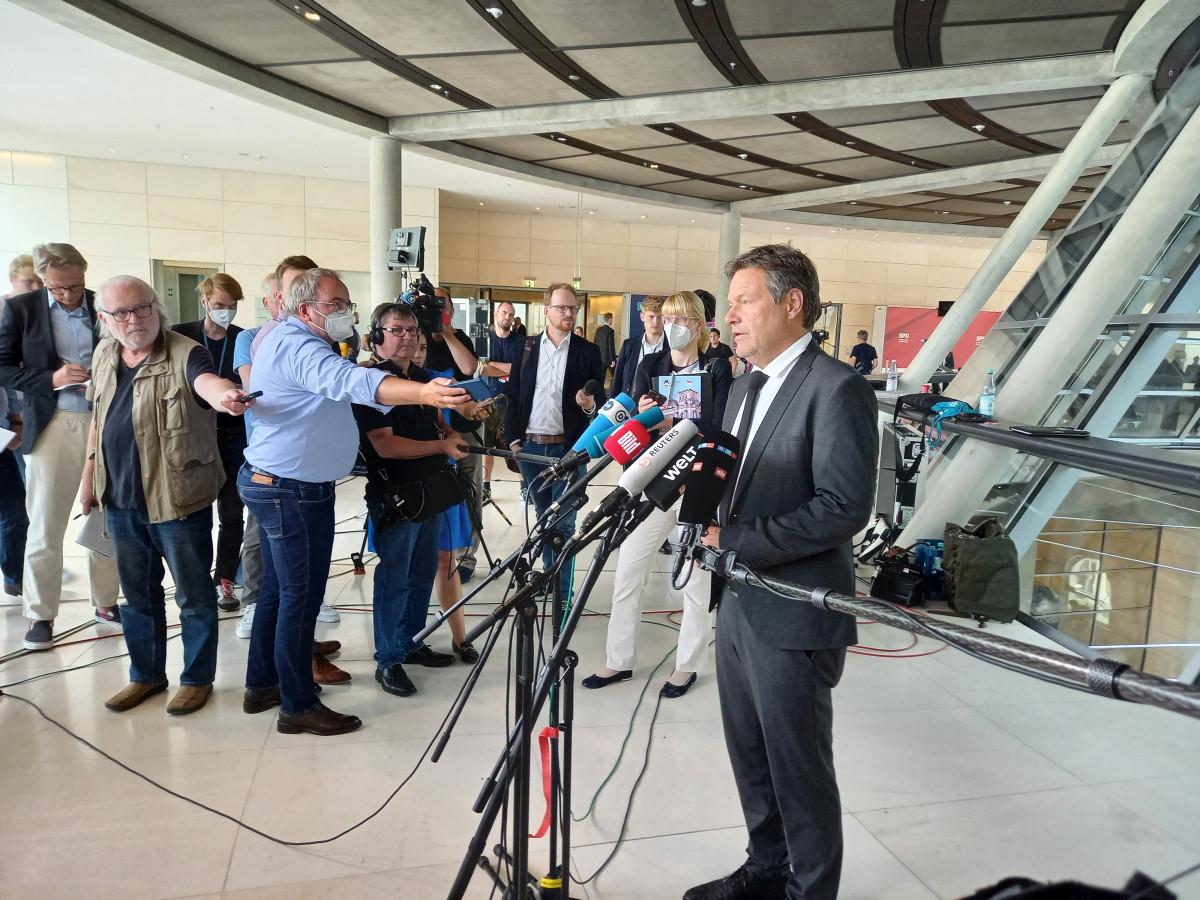 "The point is to do everything possible to maintain basic supplies in the coming winter and to keep the energy markets running as long as possible, despite high prices and growing risks," said Habeck.

The government aims to deal with the impact of soaring energy prices on electricity firms after Russia's invasion of Ukraine, with economy minister Robert Habeck recently warning of "a Lehman effect", reported Reuters. Officials told the Financial Times that the aim of the legislative reform is to avoid a repeat of what happened in 2008, when the collapse of Lehman Brothers cascaded through the whole financial market, helping to trigger a global crisis.

Russia’s war against Ukraine has shaken the foundation of Europe's energy architecture and led to massive price increases for gas, oil and coal. The crisis intensified for German and European gas importers when Gazprom started to reduce deliveries through the key Nord Stream pipeline by about 60 percent in June. Deliveries through the offshore pipeline are scheduled to cease entirely for annual manintenance works between 11 and 21 July, but it appears unclear at this point whether Russia will allow operations to resume after this date.

The German government now aims to amend the energy supply security law (EnSiG), reports Tagesspiegel Background. A new paragraph would be inserted, heading: "Facilitations for the implementation of stabilisation measures". Operators of critical infrastructure in the energy sector would thus be given the opportunity to apply for state aid.

The situation in the German energy industry is tense, says ICIS (Independent Commodity Intelligence Services) energy analyst Andreas Schroeder. “As one of the first in line, the example of Uniper is symptomatic for the situation of the entire German gas industry,” he told Clean Energy Wire, and called the company “systemically relevant” as the largest German gas procurer and key to redistributing this gas to many German industrial customers and municipal utilities.

“An insolvency would trigger a domino effect and shake up the entire German gas industry, all the way to the end customer sector,” said Schroeder and added that the knock-on effects could spread to other sectors and lead to company insolvencies there.

“I think supporting Uniper through emergency loans, up to and including a temporary partial takeover, is the right solution and justifiable from a regulatory point of view,” said Schroeder. The example of Lufthansa had shown that state support can have a system-healing effect in exceptional cases like today. “It can even be financially worthwhile for the state.”

In early January this year, Uniper, a German subsidiary of Finnish Fortum Group, secured credit facilities worth up to 10 billion euros, including from German state-owned KfW bank, in a move to cope with unprecedented volatility in energy markets, which had started in the second half of 2021.

State support for Uniper is right, as insolvency would shake up entire German gas industry – analyst