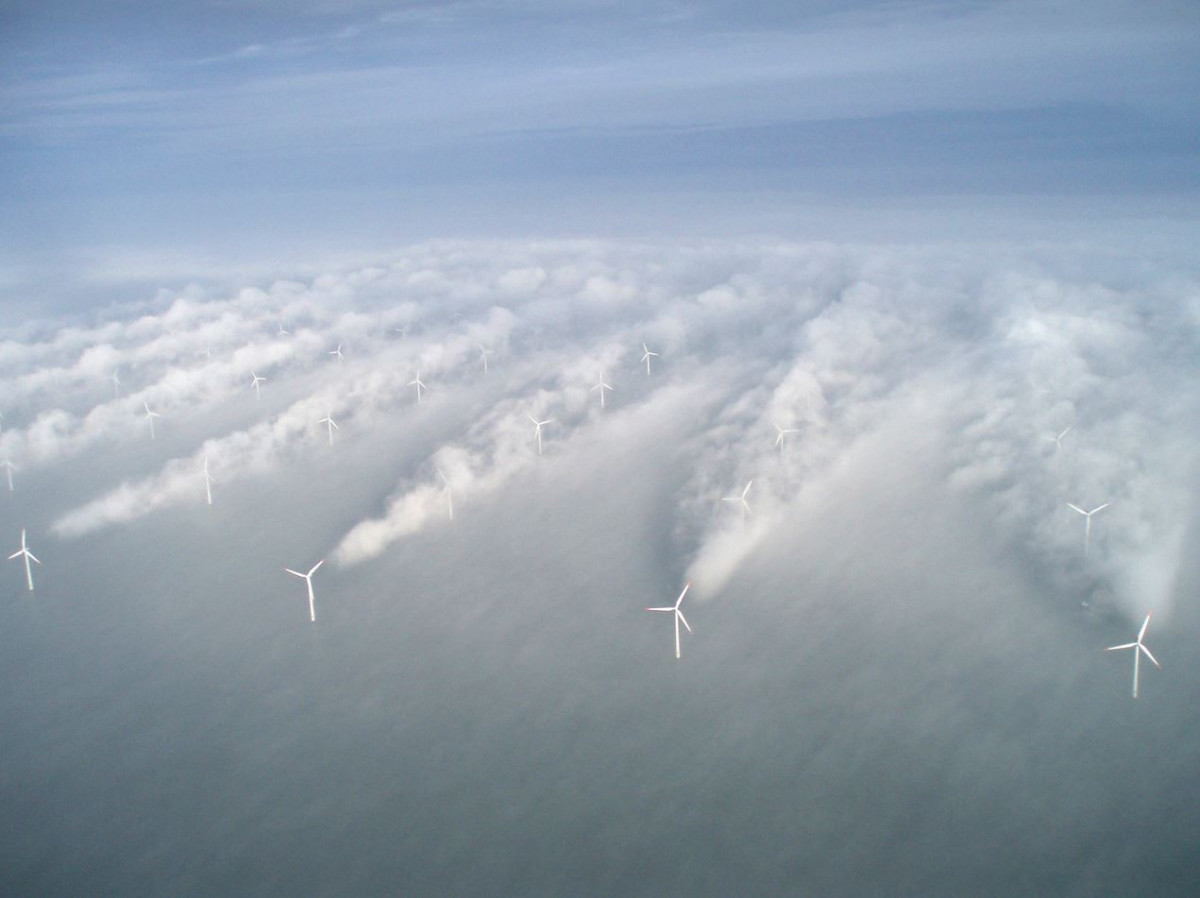 Germany's environment minister has called for a sharp increase in the country's renewables targets. Svenja Schulze said the country will have to increase renewables' share in power use to "at least 75 percent, maybe even 80 percent" by 2030, depending on the new EU climate target currently under discussion. A new target would require a massive policy effort, given that Germany is currently not on track to even reach the existing target of 65 percent.

Germany's current targets for the roll-out of renewable energies are insufficient and must be sharply revised upwards, according to the country's environment minister Svenja Schulze. "The current target of 65 percent renewable power by 2030 is no longer sufficient. I assume we need at least 75 percent, maybe even 80 percent," Schulze said on Twitter, adding she was optimistic this can be achieved.

However, a recent slump in renewables expansion has led the renewable energy industry and environmental organisations to warn that Germany is not even on course to reach the 65 percent target for 2030. Especially the expansion of wind power has slowed massively due to regulatory hurdles and local opposition to the construction of new wind farms.

The European Commission has proposed to increase the bloc’s 2030 greenhouse gas emissions reduction target to "at least 55 percent" from the current target of a 40 percent reduction, and German chancellor Angela Merkel has endorsed the Commission proposal. The European Parliament even calls for a higher target of 60 percent. Member states are currently discussing the issue and are planning to reach a deal by December.

Stepping up the 2030 EU climate target to at least 55 percent would very likely require the bloc to phase out coal almost entirely by that date, requiring alternative sources of power, according to experts. The move would also have far-reaching consequences for Germany's coal exit plans, as it would have to effectively bring forward its phase-out of the climate-damaging fossil fuel, currently scheduled for 2038 at the latest, researchers told Clean Energy Wire.

Climate activists and some researchers have said for some time that Germany's current renewables targets are insufficient to reach the country's climate targets.

They also say that the shift to electric mobility and the increasing use of electricity to replace fossil fuels in other sectors such as industry is likely to push up power demand. Germany recently decided to aim for the large-scale use of green hydrogen to decarbonise the economy, which will require massive amounts of additional renewable electricity. In contrast to many experts that fear a "green power gap" is looming on the horizon, the government currently assumes that power demand in Germany will remain stable.

Coinciding with Schulze's remark, a medium-term forecast for the expansion of Germany's renewable power sources found that the construction of new wind turbines, solar panels and other installations will be much slower than current government plans if no decisive action is taken soon. 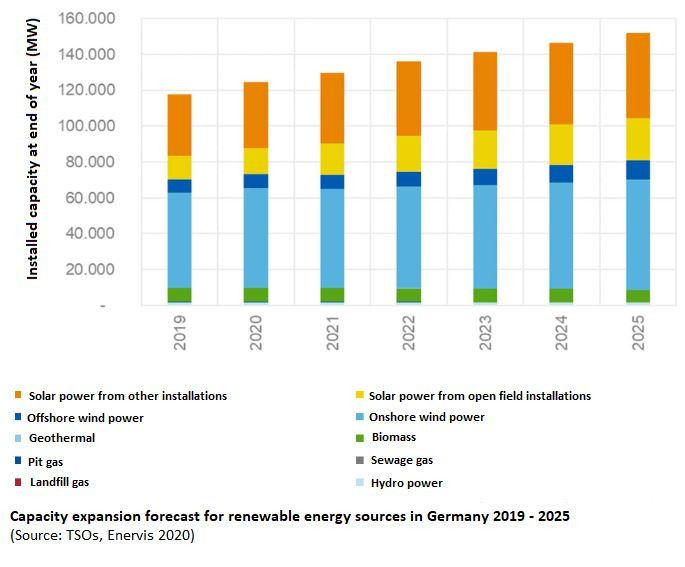 The forecast, commissioned by Germany's transmission grid operators and conducted by consultancy Enervis, says that onshore wind power will only grow by about 1.3 gigawatts (GW) per year between 2020 and 2025, resulting in a capacity rise from 55 to 61 GW,  the prognosis first reported on by policy newsletter Tagesspiegel Background found. But the goal for 2026 in Germany's latest reform of its renewables act is 65 GW, which according to Enervis's Nicolai Hermann is unlikely to be met due to continuing licensing issues for many turbines and a loss of older installations that drop out of the country's 20-year support scheme and cannot sustain themselves due to continuously low power prices.

The prognosis is similarly sobering for solar power expansion, which instead of the envisaged 83 GW in 2026 will only reach 71 GW by 2025, Enervis found. The picture becomes even bleaker for bioenergy plants, which according to the forecast will lose capacity over the next five years and shrink from currently about 8 to just under 7 GW.

Researchers from the Institute of Energy Economics at the University of Cologne (EWI) estimated earlier this year that Germany's renewable power production will increase by 53 percent by 2030, but when taking rising demand into account, this will not even cover half of the country's power consumption.