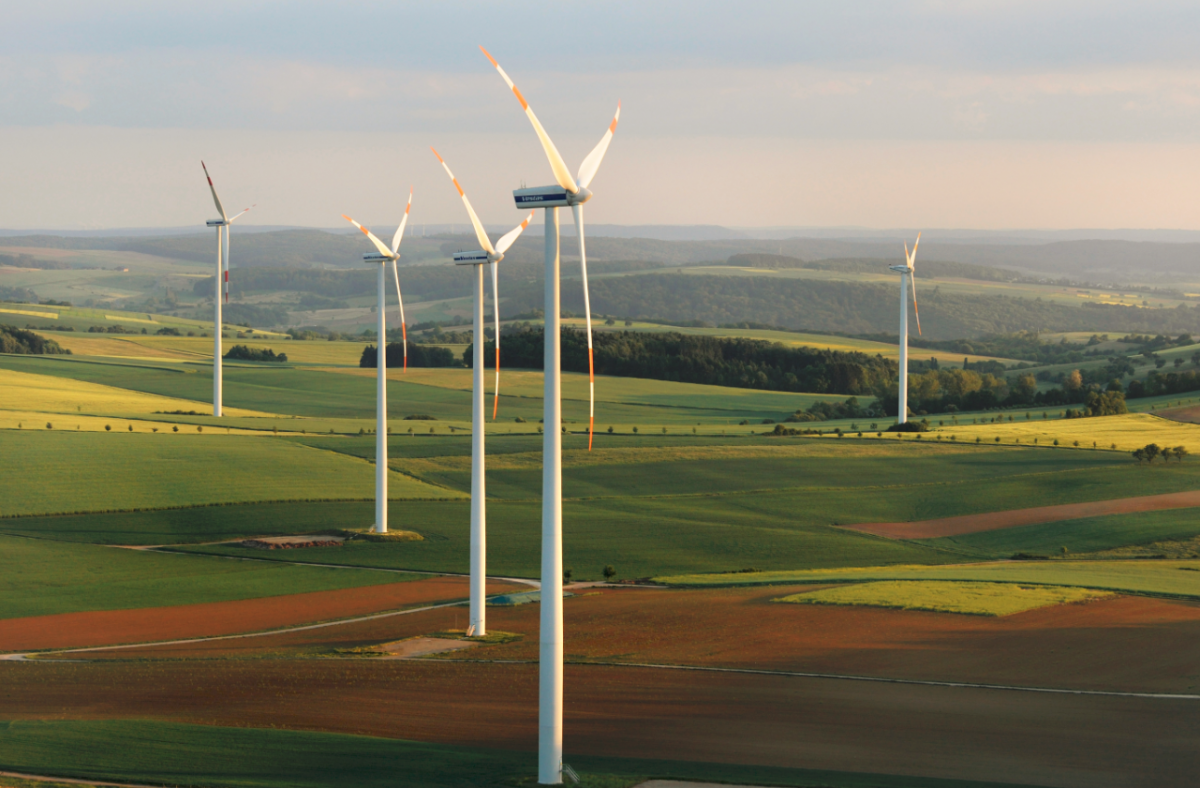 Preview 2020: Wind power became Germany's single most important power source in 2019 and appears well under way to fulfill its role as the central technology of the country's energy transition. Nevertheless, the wind industry looks at 2020 nervously, as expansion numbers of onshore wind have collapsed and a quick recovery is by no means guaranteed. While turbine manufacturers worry that more jobs will be lost and Germany's renewable power targets missed due to lacking onshore expansion, offshore wind power is establishing itself as a cornerstone of the country's future energy supply.

Wind power in Germany looks back at a year filled with highlights and lowlights, as the key technology of the country's energy transition has turned into its single most important power source but simultaneously grappled with dwindling expansion levels and job losses announced by some of the industry's most renowned turbine producers. Onshore and offshore wind power installations generated nearly one quarter of Germany's total electricity production in 2019, relegating lignite to second place.

At the same time, year-on-year expansion of onshore turbine capacity dropped by 80 percent, leading to warnings by industry associations that a persisting slump would have severe consequences for business and employment, with over a quarter of all wind power jobs at risk. Turbine manufactuer Senvion declared its insolvency in early 2019 and also Germany's market leader Enercon announced it would have to put the axe on thousands of jobs due to declining business. Senvion CEO Yves Rannou warned in December that Germany's wind industry might face the same grim fate as the country's solar panel manufacturers if nothing is done. The problems mainly stem from stalled licensing procedures due to concerns by aviation authorities and other official bodies as well as to many turbines being held up in lawsuits by citizens protesting against construction near their homes or environmental organisations blocking installations for reasons of species conservation.

Hermann Albers, head of the German Wind Power Association (BWE), said there was currently no reason to believe that next year would see a turnaround of the current downward trend. "2020 again will be a difficult year for the industry if we look at how licensing procedures for new projects keep dragging on and auctions fail to generate sufficient interest," Albers told Clean Energy Wire. The wind power lobby group, along with environmental NGOs, heavy industry associations and federal states, have urged economy minister Peter Altmaier to ensure the removal of the biggest hurdles to continued wind power expansion in order to get back on track towards Germany's renewable expansion goals for emissions reduction and to halt the further erosion of the wind power industry. The last onshore auction in December 2019 turned out to be the first oversubscribed auction since mid-2018, in which BWE sees some "positive signals".

New rules for wind power were expected to be completed by 2019 with amendments to Germany's Renewable Energy Act (EEG) and other existing laws, but German environment minister Svenja Schulze said in late December that too many questions remained unresolved between the involved ministries to reach an agreement before 2020. Chancellor Merkel said the new law was likely to be decided on by her cabinet in March. 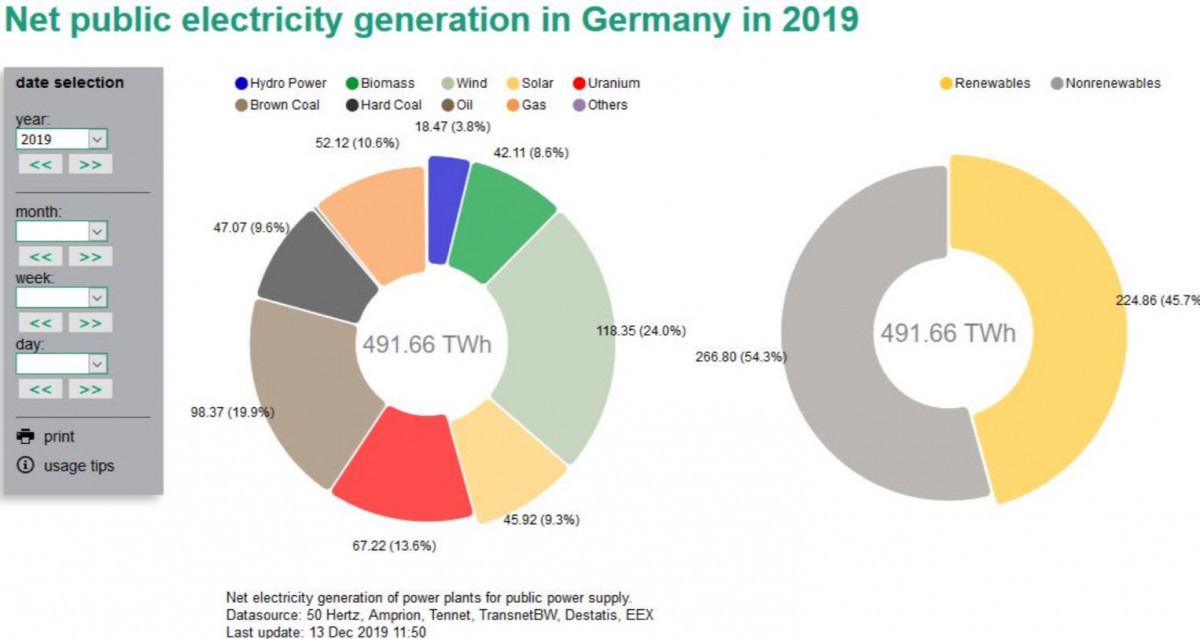 Arguably the most controversial regulatory change for onshore wind decided in 2019 has been the government's provision for a 1,000-metre minimum distance for turbines from the nearest residential areas, which was meant to appease wind power opponents but has been widely criticised for drastically shrinking the land area available for turbine construction. Many federal states have rejected the rule, with Schleswig-Holstein so far becoming the first one to confirm that it would use an opt-out from the rule in 2020.

Kerstin Andreae, new head of energy industry lobbgy group BDEW, said many German states planned to opt out of the minimum distance rule. She stressed, however, that nationwide regulations to facilitate construction was nevertheless necessary. "Otherwise we leave it to local mayors to deal with protests against new turbines – and this is going to get tough for them," Andreae said, adding that policymakers at the regional level need support from the federal government to implement the energy transition locally. According to the BDEW, about 3.7 GW of annual wind power expansion are necessary to reach the 2030 goal of 65 percent renewables in power consumption. "The clock is ticking. We need a clear perspective," Andreae added.

The minimum distance not only concerns construction of new installations but also the continued operation of existing ones that will start to lose their guaranteed feed-in remuneration after 2020. According to the BWE, 4 GW of capacity will drop out of the renewables support scheme after next year, meaning that a net reduction of installed capacity is possible if nothing is done. The association expects that power purchase agreements (PPAs) will play an important role in keeping older turbines running and play an increasing role in renewables deployment next year.

Other ideas being considered by the government and industry to assuage wind power opponents include improved financial participation and inclusion in planning procedures of turbine host municipalities. "Residents have to really feel the added value for their community," BWE head Albers said, arguing that this could either be done by granting residents lower power price tariffs, providing green power directly to local businesses or paying municipalities a dividend of the profits generated with the turbines. Clear signals from the economy ministry for the future expansion of wind power are necessary in 2020 in order to not fall behind in an industry that is "growing dynamically" around the world, Albers warned. "The German market's crisis has to be overcome quickly. This will allow us to retain supply chains and highly qualified personnel in Germany."

Contrary to the expansion difficulties wind power is facing ashore, Germany's offshore wind sector made remarkable progress in 2019 and increased its power output by 25 percent compared to the year before. The offshore industry cheered when the government announced it would be increasing the expansion goal for 2030 from 15 to 20 GW capacity in its climate action package but cautioned that this meant preparation had to start as soon as possible.

The importance of offshore wind is set to grow further in 2020 thanks to the German government's recently reinforced focus on hydrogen production with renewable power, for which the turbines at sea are seen as an ideal appliance thanks to their high output and degree of utilisation that allows for power production almost all year round.