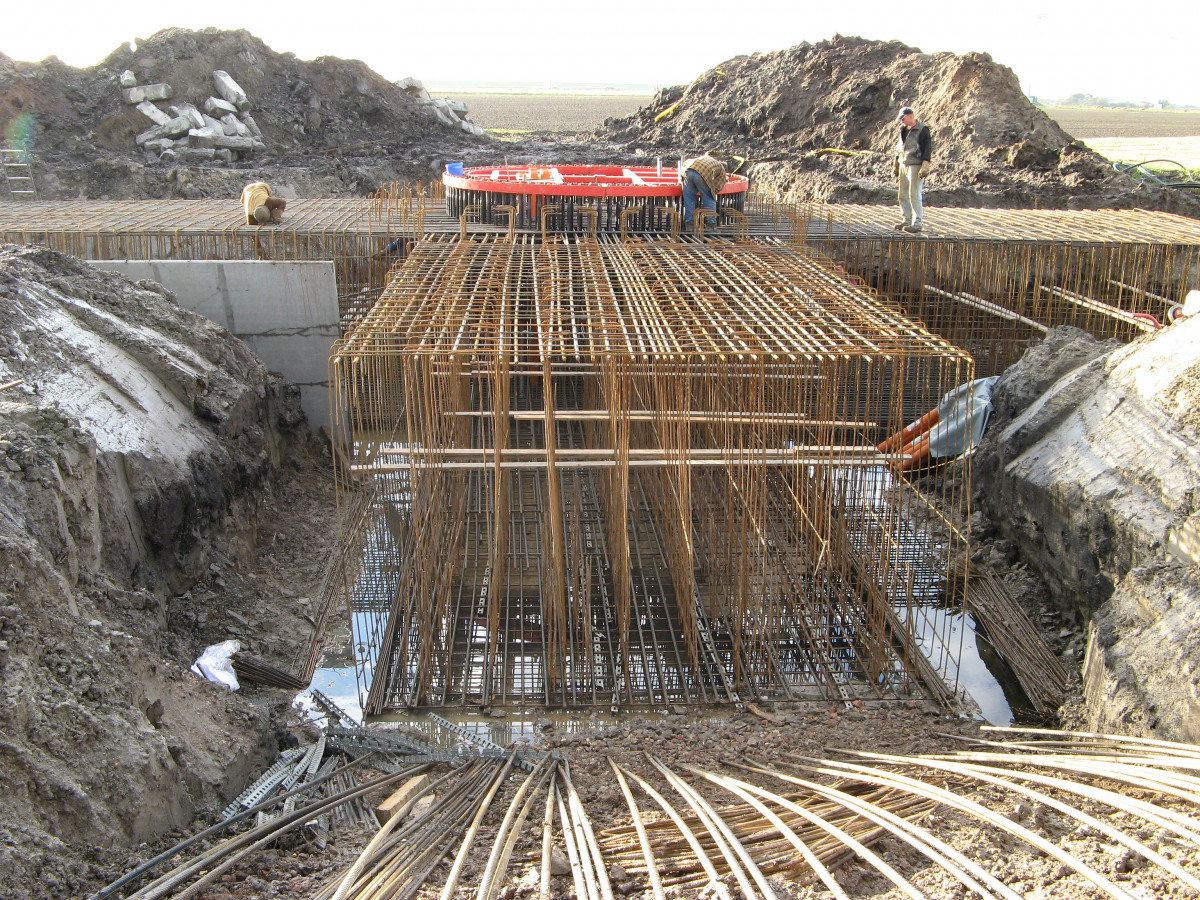 Reinforcement for the foundation of a wind turbine in Schleswig-Holstein. Photo: © Heiko Jessen, BWE.

Germany’s government has set out to accelerate planning procedures for infrastructure projects linked to the energy transition with a focus on speeding up onshore wind power expansion in particular. Utilities welcomed the streamlining of court procedures for wind projects but said the same needed to be done for combined heat-and-power plants if energy transition targets are to be reached.

Angela Merkel’s cabinet on Wednesday approved the draft for an investment acceleration law that should speed up the construction of onshore wind turbines. The law will accelerate planning and approval procedures and shorten administrative court proceedings. The same will apply in areas of climate-friendly mobility where electrification and digitalisation of railways should become smoother, federal transport minister Andreas Scheuer (CSU) said.

In the case of wind turbine licencing procedures, pending lawsuits will no longer halt their planning or construction (suspensive condition), something that German wind power association BWE called “an important step for planning security for operators and local councils”. The BWE said the next step had to be an increase in the overall number of wind turbine approvals.

However, power provider Greenpeace Energy warned that these changes could also pose new risks for project developers: If wind parks are completed despite a legal challenge, a later court ruling could – in the worst case – mean that they have to be dismantled. “It also remains to be seen whether the higher administrative courts which in the future will have jurisdiction, will have sufficient capacity to deal with the many pending proceedings swiftly, Marcel Keiffenheim of Greenpeace Energy said in a statement.

"[The new law] is an important future signal for Germany as an investment location […] and a good signal for onshore wind energy and the energy transition,” economy minister Peter Altmaier (CDU) said in a press release. As a next step, the draft law will be presented to parliament, which may introduce changes and will get the final say by voting on the bill.

The German Association of Local Utilities (VKU) said that more could have been done to accelerate wind onshore expansion, for instance by shortening deadlines for comments by other authorities involved in the planning process and setting a cut-off date for objections during the procedure. Both the VKU and the German Association of Energy and Water Industries (BDEW) said that not only wind power but also combined heat-and-power plants (CHP) (above 50 megawatt capacity) should have been included by assigning disputes concerning such plants directly to the higher administrative courts to streamline procedures. “In the context of the coal phase-out, new CHP plants based on gas are required in the short term. Shorter approval periods for these plants are therefore essential,” Kerstin Andreae, chairwoman of the BDEW general management said in a press release.

The expansion of onshore wind power – Germany's most important renewable energy source – has been severely depressed in recent years due to bureaucratic hurdles, plus protests and lawsuits by local resident groups. The number of newly installed wind power turbines in Germany doubled in the first half of 2020 compared to the same period last year, yet overall remained at one of its lowest levels in the past 15 years. The economy ministry has said it will table a reform of Germany's renewable energy act (EEG) in autumn, which is meant to fast-track wind power expansion and better include residents financially in wind power projects in their neighbourhoods.