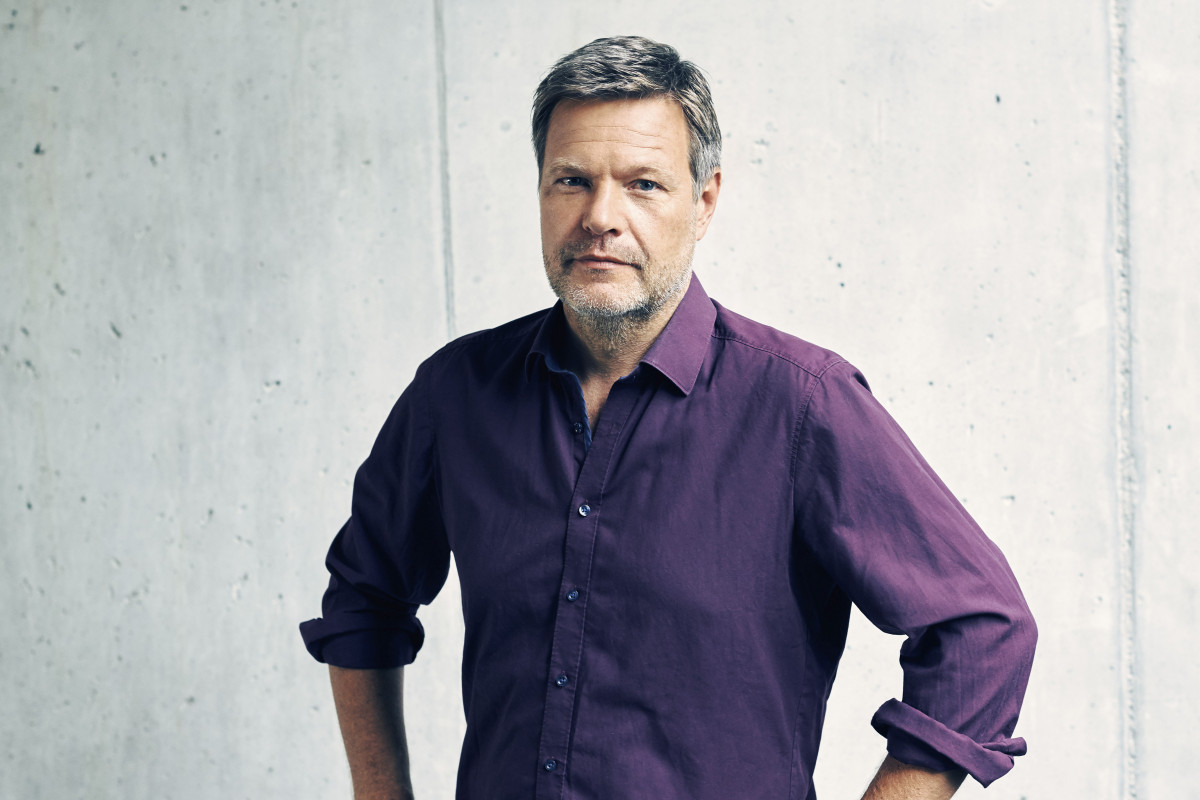 As Germany's first climate "super minister", Green politician Robert Habeck will play a key role in fulfilling the future government's promise to get the country on a path compatible with the 1.5°C global warming limit. The widely popular party co-leader must oversee the translation of the government's lofty emission-cutting ambitions into concrete energy and climate policies. As a gifted communicator and moderator, the 52-year-old can draw from his experience as an energy transition minister in one of Germany's most important wind power states. But mighty challenges await.

Germany's new government will place Green party co-leader Robert Habeck with a clear mission into the control room of the country's landmark energy transition: Igniting the booster to bring the country's ambitious climate targets within reach. Germany plans to almost halve emissions within a decade, and become climate neutral by 2045.

Habeck will lead Germany's newly tailored "economy and climate" ministry, which will unite the energy policy division located to date in the economy ministry, and the environment ministry's climate division. Habeck's future department has been dubbed "super ministry” because of its wide-ranging powers. Habeck will have to unleash a massive roll-out of renewables, including grid extensions, among countless other urgent issues. He will also become vice-chancellor once his appointment is approved by party members, who will vote on the coalition agreement and the ministers in an online poll until 6 December.

Habeck faces a Herculean task: He will have to prove that the transition to a low-emission economy can rapidly accelerate with a Green politician pulling the most important strings from the top. The softly spoken 52-year-old makes no secret of his belief that his actions will have far-reaching consequences. "The transformation of our industry with millions of jobs, and the transformation of the energy sector, is crucial for the competitiveness of the country, indeed of Europe," Habeck told Süddeutsche Zeitung this week.

However powerful the new position, it is in some respects only a consolation price for Habeck, who had his eyes first on the chancellery, and then on the powerful finance ministry. At the start of this year, Habeck was in the race to become his party's chancellor candidate, but then stepped aside to let second co-leader Annalena Baerbock run for the job. Naming a Green Party chancellor candidate for the first time was initially seen as a PR stunt. But in the spring, polls temporarily indicated that a Green chancellor had become a real possibility.

In the following months, the Greens' campaign suffered a series of setbacks, some of which were caused directly by Baerbock. In reaction, many party members and media commentators said that Habeck would have been the better choice for chancellor candidate. But Habeck showed great loyalty to Baerbock, repeatedly explaining in Germany's numerous TV talkshows why she is the fitting candidate. In the September elections, the Greens scored almost 15 percent of the vote – a record result, but a far cry from the party's high hopes.

Habeck hails from his party’s moderate wing. Jointly with Baerbock, he had rejected calls for more extreme climate policies in a bid to prevent alienating voters. This move underlined yet again that the German Greens have shed past radicalism to become a centrist party. They were already part of a federal government between 1998 and 2005, as a junior partner of the centre-left Social Democrats (SPD). The party also leads the government in the affluent state of Baden-Württemberg, home of carmakers Daimler and Porsche, where it has shown it can govern without alienating big business, and was recently re-elected.

Habeck, who always appears relaxed with his trademark unshaven look, has won plaudits for efficiently communicating details of economic and financial policies, and was often tipped to become Germany's next finance minister. But he had to cede this position to the leader of the pro-business Free Democrats (FDP), Christian Lindner, during the coalition negotiations.

Despite being branded a "super-ministry”, the department to be led by Habeck will not be quite as powerful as hoped for by the Greens, who had called for a right to veto other ministries' plans in case they are not compatible with the Paris Climate Agreement. This has been replaced by a less clearly defined "climate check" in the coalition agreement, merely requiring ministries to qualify and justify the climate impact of law proposals.

"Trouble and strife lurk behind every bush"

Habeck started his professional life as a novelist after earning a doctorate in philosophy. Thanks to his gentle and likeable appearance, German media have characterised him as the perfect son-in-law. His stint as energy transition minister in Schleswig Holstein, one of Germany's most important wind power states – a wide-ranging job that also put him in charge of agriculture and fishery – gave him government experience, and his time there is generally seen as a success. In this role, Habeck showed that he can effectively reach out to non-green voters from all walks of life – whether fishermen, soldiers, or businesspeople.

Habeck knows that his much-lauded communication skills will be key to turning his tenure as a "super minister" into a success. "Climate neutrality is a gigantic transformation project, with immense change and imposition, that has to be moderated," he told the Süddeutsche Zeitung, adding he expected tough negotiations on the way. "Trouble and strife lurk behind every bush […] It's about facing up to it and resolving conflicts. That is why I would like to lead the Ministry of Economy and Climate."

Greens will be judged against keeping 1.5°C target alive in coalition treaty - media