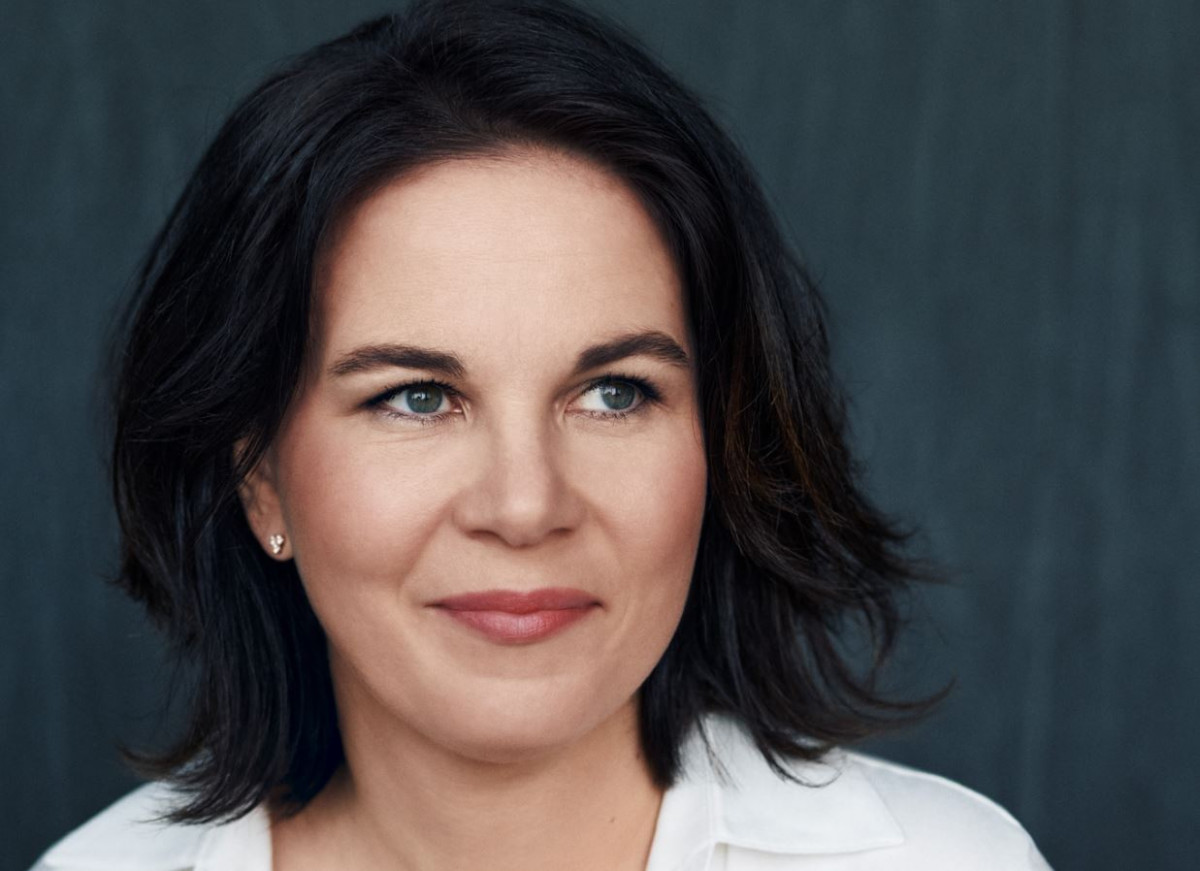 The German Green Party unveiled Annalena Baerbock as their candidate for chancellor, touted as the party's first ever serious contender to lead the government in Europe's largest economy. In her nomination speech as the only female candidate to succeed Angela Merkel, Baerbock said she wants to make climate action "the yardstick for all sectors" in order to fulfil the Paris Agreement. "Climate action is the task of our time, the task of my generation." The Greens' smooth and professional selection process stood in sharp contrast to the Conservatives' ongoing bitter power struggle over the candidacy to succeed Merkel after the September general elections.

The Greens have kicked off Germany's election campaign in earnest by presenting party co-leader Annalena Baerbock as their candidate in the race to succeed Angela Merkel in the chancellery.

In her nomination speech, Baerbock promised to put climate action at the centre of government policy to set Europe's largest economy on course for its target to become climate-neutral by mid-century.

"I want the policies of a new federal government to make climate action the yardstick for all sectors in order to fulfil the Paris Agreement," the 40-year old said, adding the fight against climate change must become the foundation for the country's future prosperity, freedom, and security.

Baerbock invoked the signing of the Paris Climate Agreement, which she witnessed five years ago accompanied by her baby daughter, as a powerful reminder that it was necessary to build a climate-friendly economy within one generation. "I thought: ‘When she is as old as I am today, 35 in the year 2050, the year for which this climate conference has formulated its major goals, she will probably also have children then, I will be a grandmother, and we will have to have created climate-friendly prosperity’.

"It's in our hands, and this is why I stand here today," Baerbock said.

Naming a Green Party chancellor candidate for the first time was initially seen as a PR stunt but has become a serious issue given that a Green chancellor has become a real possibility – it would be a world-first for a major economy. The party is currently running a close second in the polls behind Merkel's Conservatives CDU-CSU bloc, suggesting Baerbock stands a modest but realistic chance to lead Germany.

Even if they don't win the elections, polls currently indicate that it is very likely the Greens will form part of Germany's future government, which is usually formed by a coalition between several parties, with the largest party in the alliance fielding the chancellor. The Greens were already part of a federal government between 1998 and 2005, as a junior partner of the centre-left Social Democrats (SPD).

The Greens are already part of several governing coalitions in Europe. 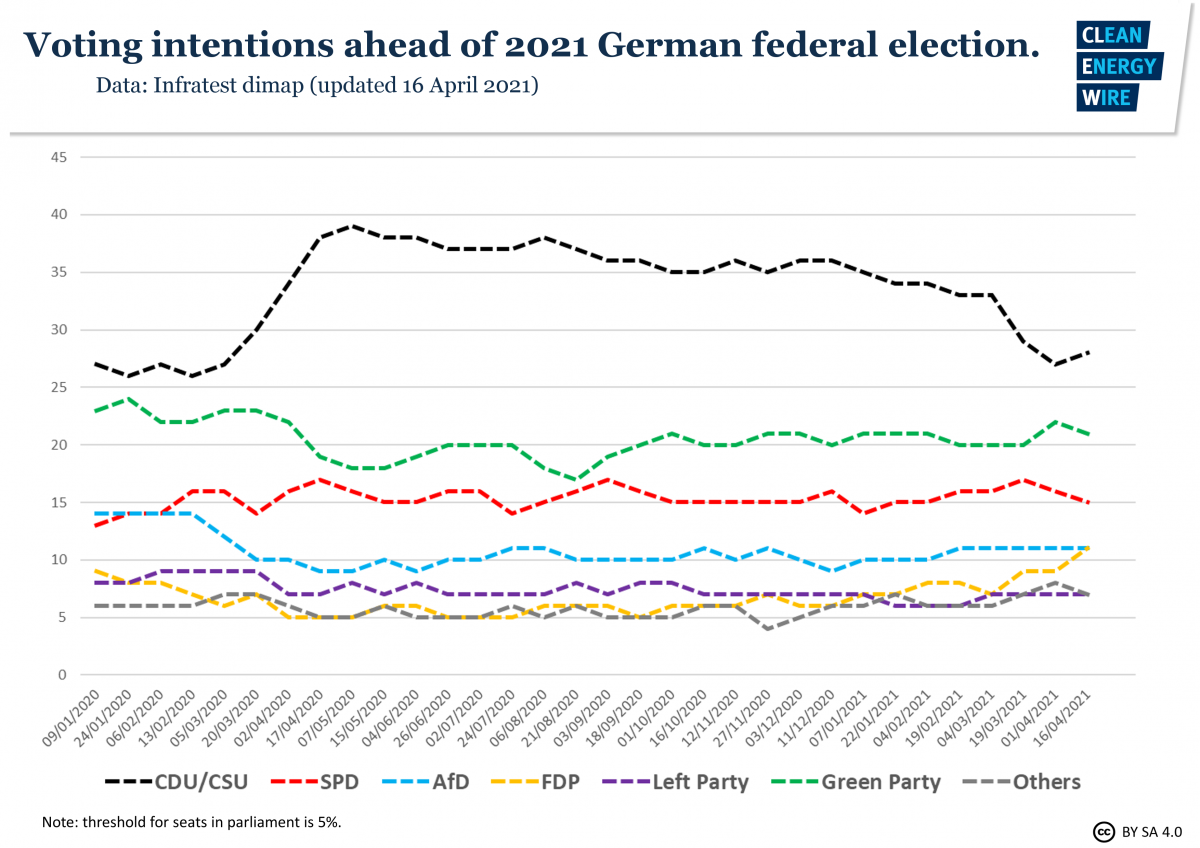 The German Greens have shed past radicalism to become a centrist party. The party already leads the government in the affluent state of Baden-Württemberg, home of carmakers Daimler and Porsche, where it has shown it can govern without alienating big business, and was recently re-elected. With a pragmatic approach, the party promises to make climate protection an economic success.

Despite the coronavirus pandemic, climate change remains a top concern for German voters. Other parties have also said they want to make the fight against climate change a core element of their policies.

The Greens said Baerbock and the party's second co-chair Robert Habeck, who was also in the race for the candidacy, will jointly lead the campaign. Since Baerbock and Habeck took charge of the Greens in early 2018, the party has surged in the polls, leaving the centre-left Social Democrats (SPD) far behind.

Germany's election outcome is increasingly uncertain, as a lobbying scandal and the coronavirus pandemic are changing voters’ opinions by the week. The country has firmly set sails for climate neutrality by 2050 and the next leader will almost certainly pursue that goal, but the election outcome could prove critical for the speed of the energy transition in this decade. 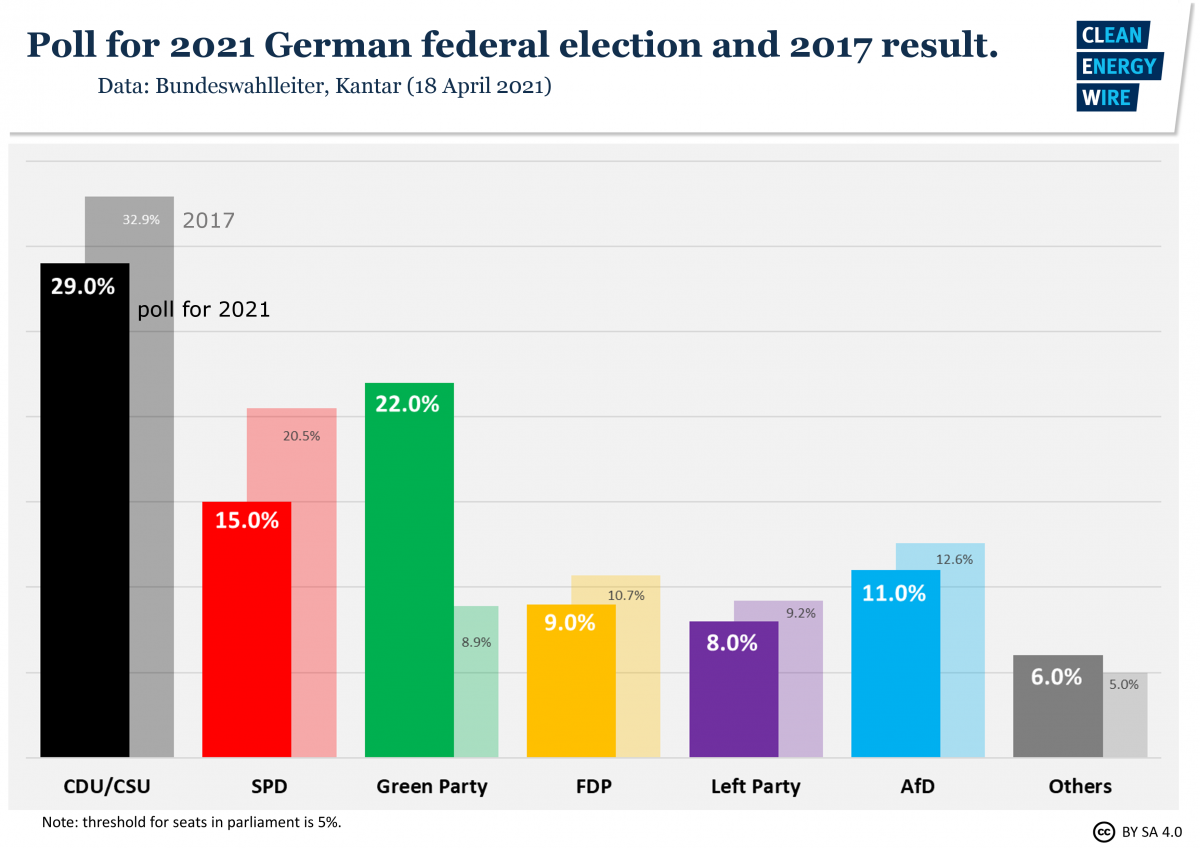 A tough negotiator with early roots in environmentalism

Baerbock is a career politician with a reputation for prudence and diligence. As a climate expert and MP for the eastern German coal state of Brandenburg, she gained recognition during Germany's coal exit negotiations. Baerbock has been described as "media-savvy and charismatic" and despite her lack of government experience, the former youth elite trampolinist says that "three years as a party leader, member of parliament and mother of small children" show she is tough enough to run the chancellery.

In a rebuke to criticism that she lacks government experience to lead the country, Baerbock said: "I campaign for renewal – while others represent the status quo."

Baerbock did a master's degree at the London School of Economics. She grew up on a farm near Hanover, where her room was adorned with a Greenpeace poster. Baerbock was involved in an environmental group at school, and her parents went to protests against nuclear energy. She gained a reputation as a tough negotiator during coalition talks with the Conservatives and the business-friendly Free Democrats following the 2017 elections, which later fell apart.

While the Green Party has been praised for its amicable and well-organised candidacy decision, the contest among Chancellor Angela Merkel’s conservatives has evolved into a divisive power struggle. “The Greens are the clear antithesis of the [conservative CDU/CSU] Union as far as the decision is concerned,” said pundit Gerd-Joachim von Fallois on public broadcaster phoenix.

Bavarian CSU head Markus Söder is challenging state premier of North Rhine-Westphalia Armin Laschet, who for a long time has been seen as the natural candidate, as he is the leader of the far bigger partner CDU. However, polls have continuously shown that a large majority of voters does not see Laschet as the right person to lead the country, and more and more conservatives have started to officially call for Söder as the candidate over recent days. A decision is expected any day, although the process is still unclear.

Söder and Laschet both congratulated Baerbock for her nomination. With a reference to traditional party colours, Söder said: "The race for the first place will be decided between black and green."

Engulfed by a lobbying scandal and accused of mishandling the fight against the coronavirus pandemic, Merkel’s CDU/CSU alliance has plummeted in the polls and lost what looked like a guaranteed pole position for the chancellery. The Social Democrats – who have already nominated finance minister Olaf Scholz – are trailing behind the Green Party in current polls, narrowing their chances of grabbing the government’s top position.