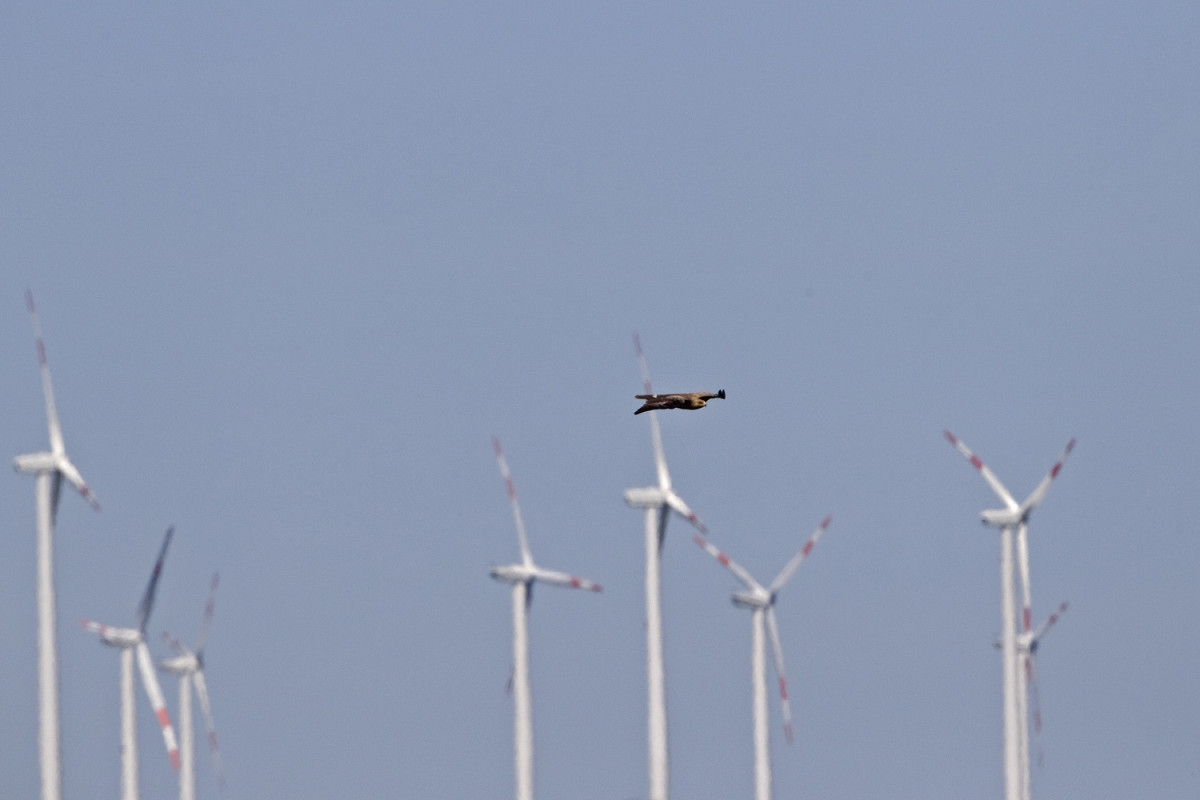 The German government presented another piece of the puzzle to hurry along the growth of renewables in its energy mix, seen by now as much of a bid for fossil fuel import independence as a means of achieving climate neutrality by 2045. A range of legal changes is to make it easier to find suitable areas for onshore wind turbines and considerably shorten the planning procedures by setting up strict rules for species protection. A finite list of endangered bird species and uniform rules for all 16 federal states, as well as simplified procedures for repowering, are to help with appeasing the often drawn-out battles between environmentalists and wind park operators. “Both will get their space, so that species protection and wind power are allies and not opponents in the future,” said economy and climate minister Robert Habeck in Berlin.

In a push for a faster expansion of onshore wind energy, the German government today presented changes to species protection requirements that often stand in the way of speedy permissions for new wind parks. “The government is going to tackle the climate crisis and the species extinction crisis together, we are presenting solutions for both,” environment minister Steffi Lemke said in Berlin.

Germany is aiming for a share of 80 percent renewables in power consumption by 2030 and 100 percent by 2035. In the light of the war in Ukraine and the impacts on Germany’s energy supply, achieving such goals as early as possible has become even more pressing, economy and climate minister Robert Habeck said. Even before the war, however, accelerating Germany’s renewables capacity growth had been considered one of the bottlenecks of the energy transition – which apart from direct electricity use also needs large amounts of power to electrify other sectors, such as transport, industry and heating. Onshore wind expansion has slowed in recent years. Drawn-out planning procedures, opposition from local residents and environment protection rules are among the biggest hurdles to a speedy expansion of onshore wind energy.

The amendments proposed by the environment ministry (BMUV) and the economy and climate ministry (BMWK) include uniform legal standards for the assessment of collision risks as well as a nation-wide list of birds that are endangered by wind turbines and specific wind turbine “taboo areas” at precisely defined distances from breeding sites. Instead of the many different approaches currently used in the 16 German federal states, uniform rules will make planning procedures more straightforward and legally certain.

The government will also launch a new “species support programme” funded with 80 million euros for the first four years, intended to protect and improve habitats and species populations that could be or already are adversely affected by the increased expansion of renewable energies. Wind park operators who receive special dispensation to build new turbines are obliged to make a contribution to the support programme.

“The discussions about species protection and onshore wind used to be badly knotted together. Today we have managed to cut this knot,” Habeck said. Species protection is given ample space with the taboo zones and including technical options, such as anti-collision radars, he said.

In return, the repowering of existing wind park sites will be made easier by acknowledging that these areas are already not ideal breeding grounds. Until the target of using two percent of Germany’s surface area for onshore wind power is reached, wind turbines are also permitted in landscape protection areas.

Until the greenhouse gas emission targets are reached, additions to the wind power capacity will be considered to be of “overriding public interest,” also giving a clear direction to authorities when weighing up different arguments during the approval process, Habeck said.

Environment minister Steffi Lemke said the paper had been discussed with the state governments and environment associations and was based on a broad agreement of these stakeholders to enable a fast and easy renewables expansion as quickly as possible.

The actual legislation (there are changes required in several different laws) will be presented to the federal parliament (Bundestag) in May and could come into effect by the summer, Habeck said. “The effects of all we are doing now won’t be visible from day one,” he said. But if current onshore wind planning permission times of 5-8 years can be cut down to three years within this legislative period, that would be “like the speed of light” in comparison, Habeck added.

Wind energy association BWE and renewables association BEE welcomed the new legally binding standards for species protection concerns and said these could make an important contribution to the acceleration of planning processes, but is “not yet the dismantling of all obstacles promised in the coalition agreement”. “We reject new off-limits areas,” said BWE president Hermann Albers. The BWE also questioned the idea of defining thresholds for mandatory shutdowns of wind turbines according to the behaviour of endangered species nearby. He warned that letting wind turbines run less due to species protection concerns, would overall increase the need for land and wind capacity build up.

Environmental Action Germany (DUH) commented that the renewable expansion had not been slowed down by species protection rules but because of “nonsensical distance rules and bureaucratic harassment,” and said the government’s proposal contained “serious technical errors and must not be rushed through parliament”.

The German government announced in March to further increase renewable energy targets and now aims for a capacity of up to 110 gigawatts (GW) of onshore wind, 30 GW of offshore wind and 200 GW of solar PV by 2030. The corresponding laws will be passed as an Easter and a Summer package. In January, climate minister Habeck had announced that Germany needed to triple its emission reductions and has to achieve the same growth in the share of renewables within the next eight years, that has been achieved in the past 30 years.

Wind, solar and other renewables cover 54% of Germany’s power consumption in early 2022