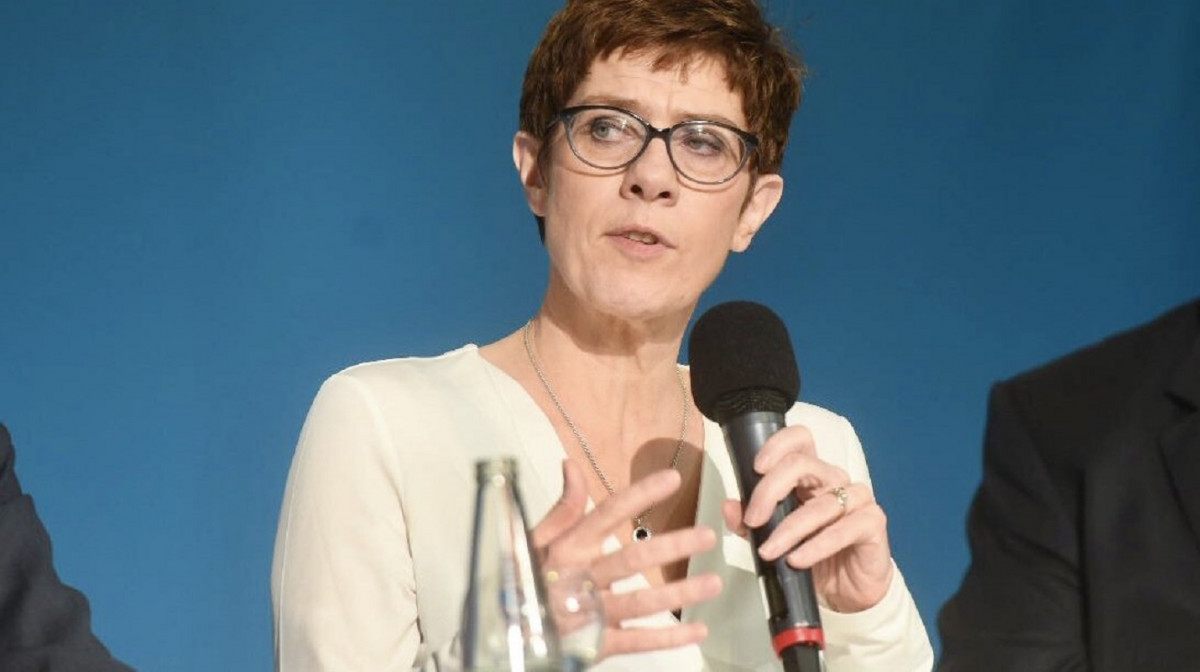 The head of Chancellor Angela Merkel's Conservatives has criticised a key proposal for reaching Germany's 2030 climate targets, signalling major negotiations are still needed before the highly anticipated Climate Action Law can be passed. Likely future candidate for German chancellor Annegret Kramp-Karrenbauer said she opposes key elements of the environment ministry’s proposal to bring Germany's climate ambitions back on track. One week before the country's new "climate cabinet" is set to meet for the first time, the conservative politician criticised sector-specific climate targets, called for the first measures to be implemented fast, and said that systemic ideas such as a price on CO₂ must be debated before the government can present the law package by year-end.

She criticised the proposal to enshrine the climate targets for each economic sector into law. “The idea to regulate this very specifically for each sector – with concrete measures and annual targets – naturally gives the impression that it can be done,” said the Merkel confidante at the climate congress of the Federation of German Industries (BDI) lobby group in Berlin. “But I am firmly convinced that we must take action across sectors,” as they are closely intertwined in a future energy world, she said.

The development of e-mobility, for instance, depends on power grid capacities, which in turn depend on assumptions regarding peak charging periods and the smart design of the electricity grid – which are all things “that trigger billions of euros of investments in one direction or another,” she told industry representatives.

Kramp-Karrenbauer is not a member of the current grand coalition government, but she represents Chancellor Merkel’s governing Christian Democratic Union (CDU) and is likely to be the party’s next candidate as chancellor.

She stopped short of outrightly rejecting environment minister Svenja Schulze’s (SPD) proposal. Answering Clean Energy Wire’s question whether she opposes the draft, Kramp-Karrenbauer said: “At any rate, it’s a draft which is contested within the coalition.” The draft is “one of several bases of discussion,” but it does not suffice. “We would like to compare it with the other systemic approaches. […] In the end, we might have a whole series of laws, but not what’s now on the table.” This comment could be understood as a rejection of the idea of having a framework Climate Action Law at all, commented Nora Marie Zaremba in an article for Tagesspiegel Background.

Germany, the country of the Energiewende, has agreed on reducing emissions by 55 percent by 2030 compared to 1990 levels, and the government in 2016 divided this goal into sector-specific climate targets with the Climate Action Plan 2050. Environment minister Schulze is currently working on a Climate Action Law intended to map a clear pathway for all sectors to achieve this goal. The proposed law that is currently being reviewed by the chancellery would assign each ministry financial responsibility for failure to comply with emission reduction targets – an approach that is heavily opposed by Schulze’s fellow conservative ministers.

To ensure progress on emissions reduction, German Chancellor Angela Merkel has introduced a "climate cabinet", which is set to meet for the first time next week. Merkel has warned that “tough decisions” will have to be made soon to reduce emissions and reach future climate targets.

The CDU as a governing party will approach the Climate Action Law debate at three levels, said Kramp-Karrenbauer. “First, the cross-sectoral issues; second, the question of what regulatory approach we are taking, for example, is CO₂ pricing perhaps a better approach than the individual measures we have? And third, we must also consider aligning (the law) with the international context.”

The idea of a CO₂ price has so far been met with resistance from several conservative ministers, but is now increasingly being considered as a possible instrument to reach climate targets. “Whatever a CO₂ price would actually look like, we must also think about the social aspect, as it may have effects on the tax system,” said Kramp-Karrenbauer. As the climate action law discussion is about long-term changes, CO₂ pricing had to be compared with other proposals currently on the table.

The CDU wants to complete the process by the end of the year and then have policy solutions “which then again must be discussed democratically,” said Kramp-Karrenbauer. “But at least there will be some selection which tells us where we are heading.”