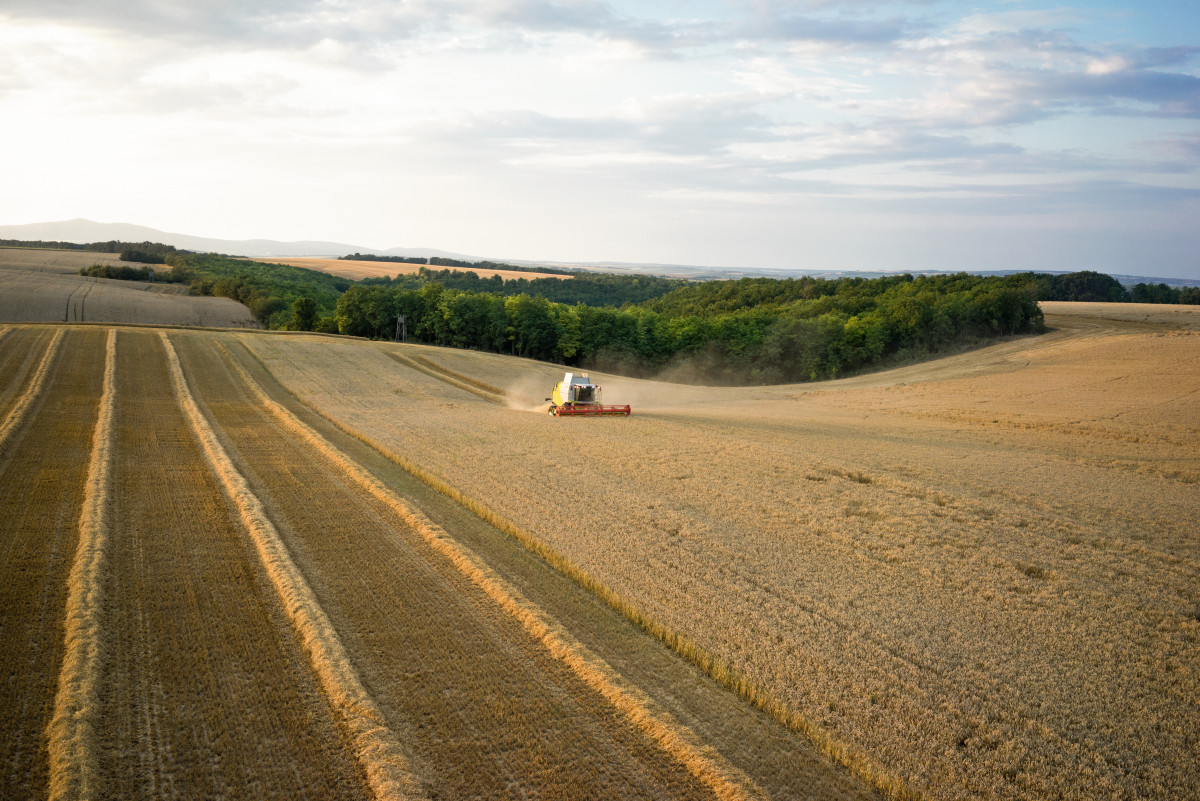 The agricultural industry is a victim of cliinister Smate change, but also causes it and must thus be part of the solution in climate action, says German environment mvenja Schulze. Source: Claas KGaA mbH.

A new report by the Intergovernmental Panel on Climate Change (IPCC) on land use shows that climate change is threatening the world's food supply and livelihood, making it an "existential question", said German environment minister Svenja Schulze. The agricultural and forest sectors are victims of this development, but also the cause of a large share of greenhouse gas emissions, and thus must be part of the solution to climate change, she said. NGOs from Germany see the IPCC report as a "wake-up call" for the German government to act, and say hard choices have to be made fast.

The Intergovernmental Panel on Climate Change's (IPCC) land use report makes clear that climate change is a danger to global food supply and the basis of life on the planet, according to Germany's environment minister Svenja Schulze.

“The agricultural and forest industries are victims of this development, but they are also causing it and thus must be part of the solution in climate action," the Social Democrat told journalists at a press conference .

In its Special Report on Climate Change and Land, the IPCC – the world body in charge of assessing the state of scientific knowledge related to climate change – takes a comprehensive look at the whole land-climate system. The researchers say that land already in use today could feed the world in a changing climate and provide biomass for renewable energy. However, "early, far-reaching action across several areas is required.”

The report is set to add to the current German debate about more ambitious climate action. As emissions remain stubbornly high in the country of the Energiewende, or energy transition, Chancellor Angela Merkel's grand coalition government has promised legislation to ensure the country reaches its 2030 climate targets by the end of the year. Facing calls for a more ambitious undertaking from citizens – sparked by the 2018 heat wave and the Fridays for Future movement – pressure from EU partners and looming costs for non-compliance with greenhouse gas reduction targets, Merkel set up the so-called climate cabinet to decide solutions. The ministers are expected to decide key climate action proposals for all economic sectors in a meeting on 20 September, likely to also include CO₂ pricing.

Schulze again advocated for her draft Climate Action Law, which would the country's sectoral climate targets legally binding. She said the planned government proposals would also include measures for the agricultural and forest sectors. While reducing emissions in all sectors is Germany's main priority, the long-term goal of climate neutrality could only be reached if important carbon sinks such as forests and moorlands are saved and expanded, Schulze added.

Over half of Germany’s territory (51%) is used for farming purposes, with some 30 percent forested. Greenhouse gas emissions from the agricultural sector amounted to about 64 million tonnes of CO2 equivalents in 2018, or roughly 7 percent of total German emissions. Germany's land use, land use change and forestry (LULUCF) emissions budget is negative. Here, the biggest emitters of greenhouse gases (mainly methane) are croplands and grasslands, while forests are the biggest sink. 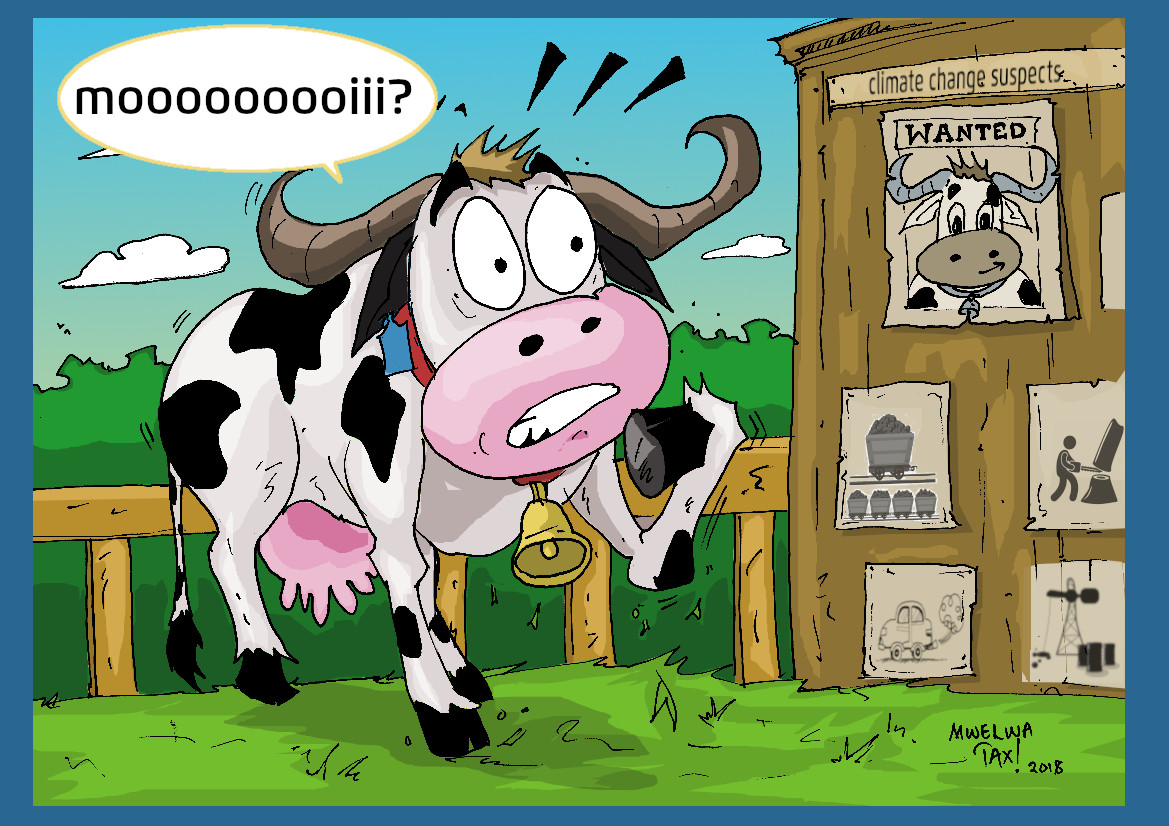 This week, German politicians from the Social Democrats (SPD) and the Greens proposed raising the value added tax (VAT) on meat in an effort to further climate protection and animal welfare. Eating and producing less meat is one way to curb emissions from the agricultural sector, but giving up sausages and schnitzel is a tough sell in Germany. Environmentalists have long called for downsizing the livestock sector in Germany, ideally in combination with higher prices for meat and fewer exports. Last summer’s heat wave that severely curtailed the hay and maize harvest led farmers to consider reducing their herds, a move welcomed by environmentalists.

"Hard choices" lie ahead – reactions to the report from Germany

Commenting on the publication, Joachim Rukwied, president of the German Farmers’ Association (DBV), said the report made "clear what enormous global challenges agriculture is facing : Feeding a growing world population, adaptation to climate change and increasing climate action contribution”. To do this, agriculture had to use the existing land to grow more food with less greenhouse gas emissions, not expand agricultural areas at the expense of forests, he added.

Christoph Thies, forests and climate campaigner at Greenpeace Germany, said "hard choices" lie ahead as humanity is already over-using the land. "Defending and restoring our forests and changing our food system by eating less meat will help turn the climate and biodiversity crisis into new hope for nature and people," he noted.

In a message on Twitter, Greenpeace Germany executive director Martin Kaiser said the report was "yet another wake-up call for the federal government that business as usual is no longer possible." Germany doesn’t just need the energy transition, but also a turnaround in transport, agriculture and forests, he added.

Development and aid organisation Oxfam Germany called for more climate action and support for poorer countries in expanding sustainable and organic farming. "Especially in the poorer countries of the Global South, climate change is threatening the livelihoods of hundreds of millions of people who depend on a stable climate for small-scale agriculture," said climate expert Jan Kowalzig.

Environmental and development NGO Germanwatch said the report was an "urgent call for action" directed at governments around the world. "The necessary changes in land use are far-reaching and now have to be initiated very quickly," added policy director Christoph Bals. Humanity needs enough land to feed a growing population but also large areas for CO₂ sinks and bio energy. "Getting both into an optimal balance is a complex task," Bals said. "One thing is clear: If we cannot control the earth's warming, it will have disastrous effects on harvests."

According to the Mercator Research Institute on Global Commons and Climate Change (MCC), the report means that national climate plans for the agricultural sector must be "significantly tightened". “It has now become clear that previous agricultural practices are incompatible with the 1.5-degree target,” said Sabine Fuss, head of the institute's Sustainable Resource Management and Global Change working group. MCC’s Felix Creutzig said the IPCC report should be considered a political "wake-up call to the EU". The bloc's Common Agricultural Policy systematically creates false incentives, he added. “The direct payments granted in proportion to the farmed land constitute a disadvantage for farmers that manage their land sustainably, but give an advantage to large agricultural corporations."

The IPCC has signalled the "red alert for our way of land use", said Leif Miller, managing director of the Nature and Biodiversity Conservation Union (NABU) environmental organisation. The IPCC has made clear that urgent action is needed, he pointed out, adding: "Land must be farmed organically, old forests and moors preserved and meat and milk consumption drastically reduced."