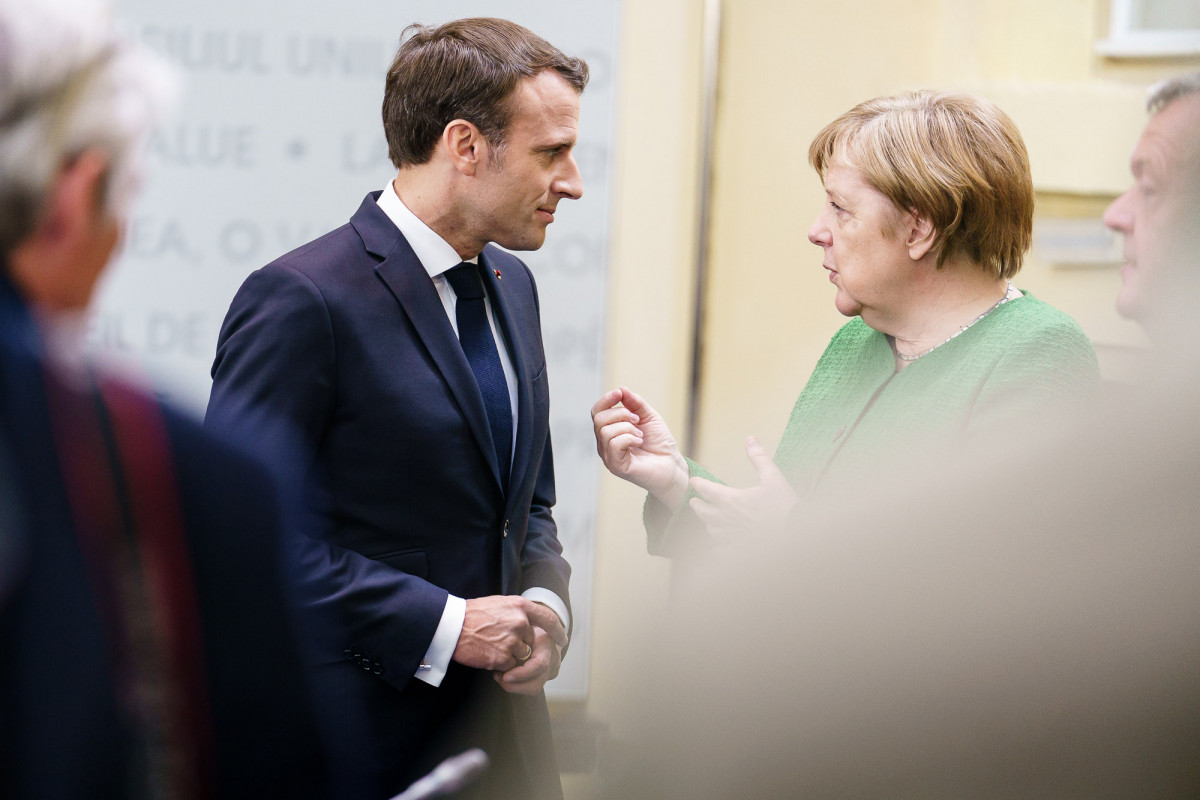 Germany's Chancellor Angela Merkel has proposed forming a coalition of the willing among European Union countries for CO₂ pricing in transport, buildings and agriculture to meet 2030 climate targets. At a meeting of EU leaders in Romania, Merkel also said she partly supported an appeal by France and other countries to boost EU climate action, but said Germany could not fully sign on, because Germany’s 2050 targets differed from the proposed net-zero objective. Environmental NGOs criticised that many EU leaders, including Merkel, fail to recognise their responsibility to act on climate.

At a summit of European Union leaders in Sibiu, Romania, this week, German Chancellor Angela Merkel has floated the idea of forming a coalition of willing countries to introduce CO₂ pricing for sectors not covered by the EU Emissions Trading System (ETS).

She told journalists at a press conference that she had backing from other EU countries for the idea “that we need to reconsider how to find common methodologies to regulate the pricing of CO₂ in the areas not covered by emissions trade – buildings, transport and agriculture – as uniformly as possible, at least with a coalition of the willing.”

The chancellor said she is not aiming for a common European solution, because that would take too long. Merkel named the Netherlands as a possible ally, saying the country was currently debating CO₂ pricing.

Germany is increasingly under pressure to find ways to reach European climate targets, especially in buildings and transport, where emissions are stagnating. While the energy sector and big industrial plants are covered by the ETS, other sectors fall under the EU Efforts Sharing scheme. Here, Germany must reduce emissions by 38 percent by 2030, compared to 2005, and could end up having to pay billions of euros from its state budget to buy emissions rights from other countries if it does not manage to significantly lower its greenhouse gas emissions.

To avert such payments and bring the country back on track for 2030, Merkel has set up the so-called climate cabinet, a round of ministers with key responsibilities related to climate issues, which plans to introduce necessary legislation by the end of 2019. The cabinet will also look into CO₂ pricing as a possible instrument, starting with a meeting on 17 July. Merkel’s conservative CDU/CSU alliance is struggling to find a joint position on the issue and has debated various concepts, from introducing a CO₂ tax to expanding the ETS to transport and buildings.

Ahead of the summit in Romania, Germany was one of several countries that did not sign on to an appeal to boost EU climate action, brought forward by France, the Netherlands, Sweden and others. They had called for an ambitious long-term EU climate strategy with the objective of reaching net-zero greenhouse gas emissions by 2050.

Merkel now said she “very much supported” large parts of the initiative – such as the demand to use at least 25 percent of spending in the EU budget for projects aimed at fighting climate change – but was not able to fully back it, because Germany’s 2050 targets differed from the proposal. Germany has to “think again about the 2050 targets and specify them,” said Merkel.

Currently, Germany aims to cut greenhouse gas emissions by "80 to 95 percent" by 2050. But Chancellor Angela Merkel said in 2017 that Germany must decide on an exact target in the current legislative period. The difference between an 80 percent scenario and a 95 percent scenario is significant. In a 2018 study, German industry and trade group BDI said that targeting the upper end is only realistic if other industrialised countries make comparable efforts. The first draft of the planned Climate Action Law – meant to ensure Germany reaches its 2030 targets – includes a call for climate neutrality and a 95 percent greenhouse gas reduction by 2050.

However, the draft is heavily disputed within the government coalition, with some conservative politicians flat out rejecting it.

In an opinion piece in tageszeitung (taz), Eric Bonse writes that Merkel opposes Macron’s push to make climate a focus of future EU policy behind closed doors, but then “presents herself as the chancellor with a big heart” after the summit. “Merkel continues to reject Macron's plan - as she did at the last EU summit in March, where she stepped on the brakes. Nor does she want a CO₂ tax, as demanded by the Greens in Germany or the Social Democrats' top candidate for the European elections, Frans Timmermans. But she doesn't want to say it so clearly. That's why she smiles into the cameras and praises Macron,” writes Bonse.

NGO Climate Action Network (CAN) Europe said EU leaders failed to respond to the growing public call for more climate action, for example by the Fridays For Future student protest movement in many countries.

“Many European leaders have heard the clarion call to action from EU citizens," said CAN director Wendel Trio. "It is regrettable that many still fail to recognise their responsibility to act. Especially Germany, who used to be a climate leader, still turns a blind eye to the climate emergency."

Environmental NGO Germanwatch said EU leaders failed to put climate protection higher on the agenda at the Sibiu summit. Especially Germany had prevented the EU from taking a guideline decision to phase out coal, oil and gas by 2050 at the latest.

“The federal government has blocked the process, because it does not yet have a coordinated position on this,” said the organisation’s policy director Christoph Bals.

Bals said it is mainly the economy ministry which is stepping on the brakes and thus “undermining Germany's reputation as a driver of innovation. A continued blockade by Germany would be extremely embarrassing for the chancellor, the economy minister and the country as a whole.” Germany plays a key role in raising EU climate ambition within the coming months, said Bals.