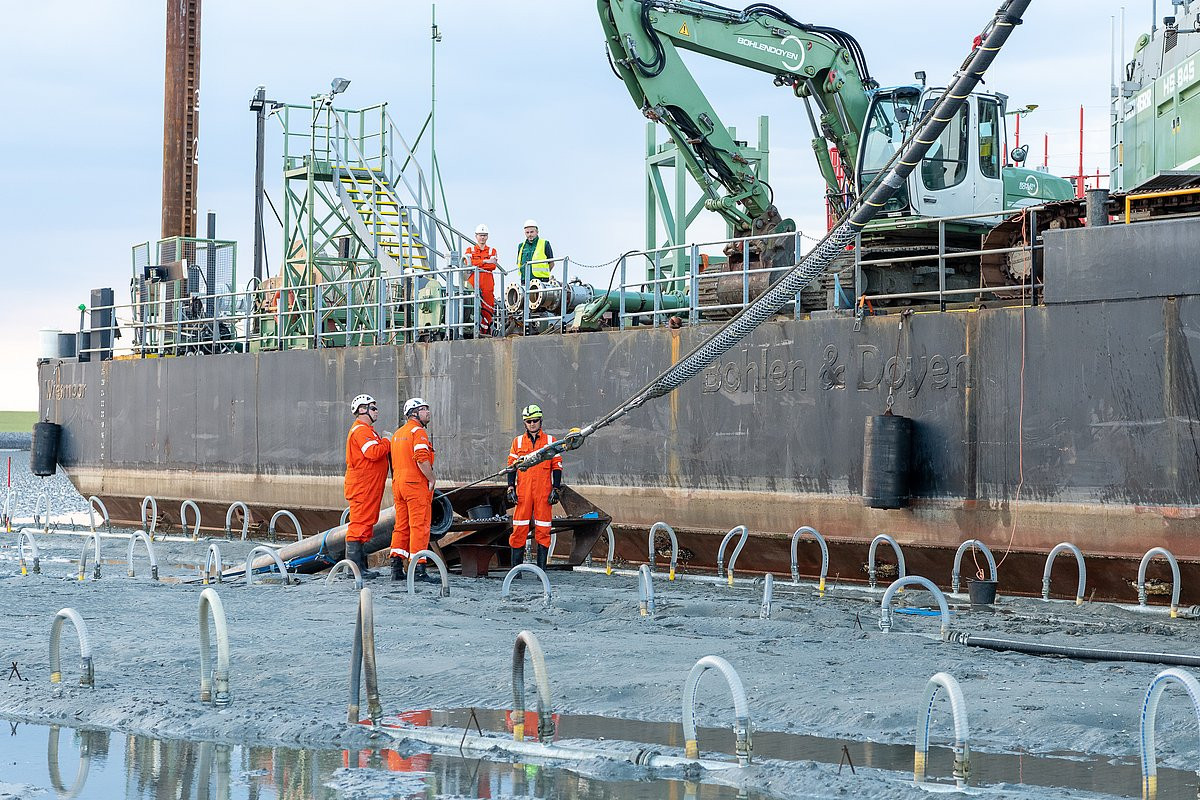 Germany is taking another step towards achieving a fully renewable power system by completing the first electric cable connection with Norway, heads of government and ministers from both states have said at the official launch event of NordLink. The green transformation cannot be achieved by countries on their own, chancellor Angela Merkel said. Integrating different energy sources in different countries, e.g. wind power in northern Germany with hydropower in Norway, is helping to ensure a secure power supply and stabilise energy prices, Merkel said. Energy minister Peter Altmaier said that the result is a win-win situation for both countries and consumers, as the energy transition would get cheaper the better European countries are interconnected.

The German government sees European integration of power systems as the key to achieving its own and the EU’s renewable and greenhouse gas reduction targets, chancellor Angela Merkel and her energy minister Peter Altmaier stressed at the official launch event of NordLink, the first cable connection between Germany and Norway. After five years of construction time, NordLink, which is the world’s longest subsea electrical interconnector, started operations in April 2021. It has a capacity of 1.4 gigawatt and allows the transfer of excess renewable electricity to Norwegian pumped hydropower stations while at times of low wind power production in Germany, Norwegian dams can feed power back into the German grid. Norwegian prime minister Erna Solberg said at the event that with NordLink, times of dark dead calms where weather dependent renewable sources do not provide enough power in Germany, are being covered.

German energy minister Peter Altmaier said that NordLink marks “a turn of the times, a qualitative leap forward”. He said norwegian hydropower and German wind power would “harmonise perfectly” and provide a win-win situation for both countries. “We are now showing that we can run a secure power supply on renewables around the clock”, he said, adding that the energy transition would get cheaper for consumers the better European countries are interconnected.

Chancellor Angela Merkel said that the green transformation process should not be handled on a national level alone. Every new power system interconnection meant an additional level of supply security for the countries involved, she said. “We have to think of supply security in European terms,” Merkel said. Nevertheless, NordLink wouldn’t solve all of Germany’s energy and grid issues, she added. Another precondition are good grid connections between the northern and southern parts of Germany, “only then can NordLink show its whole benefit”. Merkel said that Germany would have to think about further acceleration measures for its national grid expansion, including the reducing the options for citizens to take legal action against the construction of new cables.

Germany – like the Scandinavian countries – is maintaining a very high level of power supply security with only around 13 minutes of power cuts experienced by consumers per year, energy minister Altmaier stressed. To ensure that it stays this way despite the phase-out of nuclear and coal power and the concentration of wind power production in the north of the country, new north-south power “highways” are needed. As long as the  majority of these lines is not completed, keeping Germany’s power grid stable requires costly interventions by transmission grid operators, so called feed-in management and redispatch measures. NordLink has the potential to reduce these interventions as it gives northern Germany the opportunity to export wind power when input is high (and prices low) and power lines to the south are congested. However it’s not clear yet, how significant the relief will be, Schleswig-Holstein's energy transition minister Jan Philipp Albrecht said.

The consortium operating NordLink is a 50-50 venture between Statnett and DC Nordseekabel GmbH & Co.KG, a company equally owned by TenneT and KfW. The project’s total costs are estimated to range between 1.7 and 1.8 billion euros.