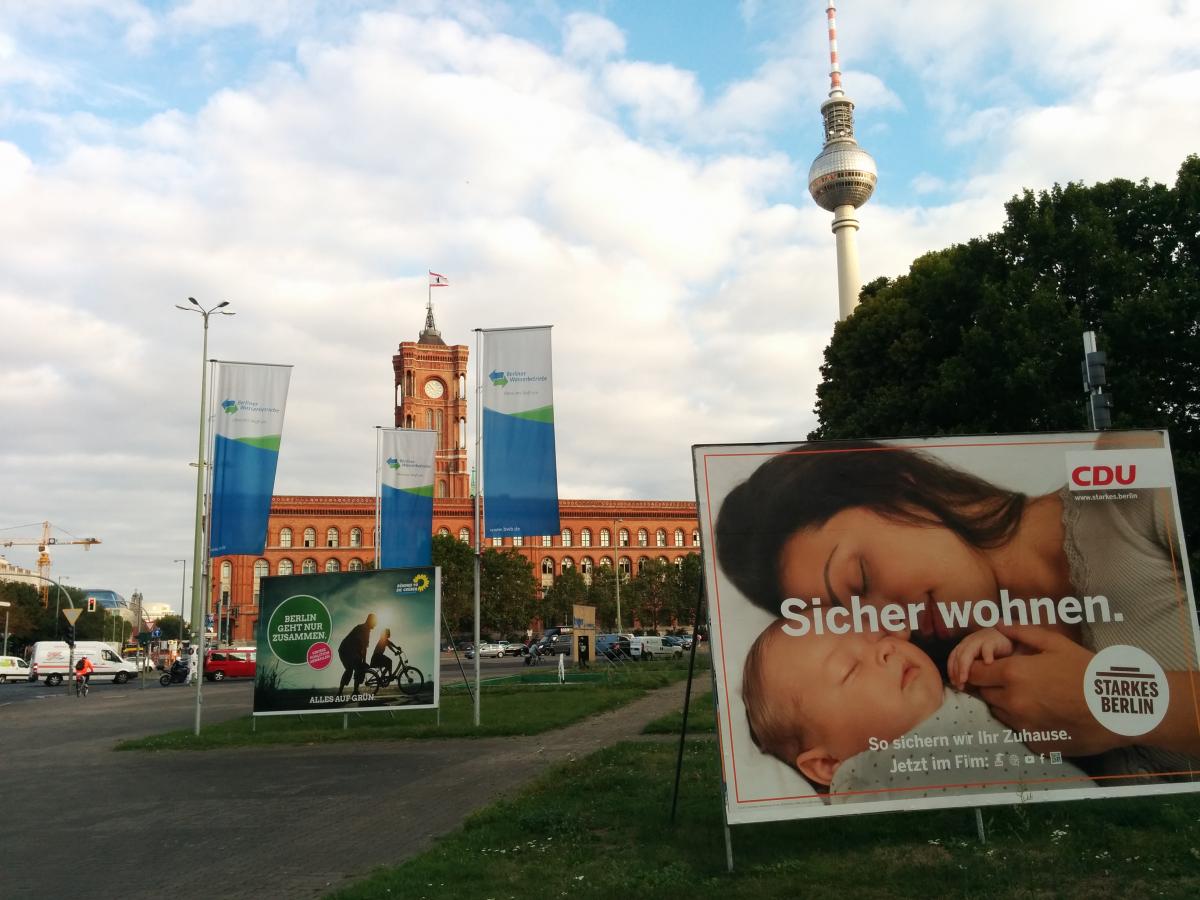 German Chancellor Angela Merkel’s refugee policy continues to dominate the political debates across all federal states and immigration trumps other topics in the upcoming state elections in the north-eastern state of Mecklenburg-Western Pomerania on September 4 and the city state of Berlin on September 18. Energy issues like the Energiewende play a minor role at best – despite the appearance of Germany’s first anti-wind power party on the ballots.

Pre-election polls show that the governing coalitions of Social Democrats (SPD) and Christian Democrats (CDU) are in for significant losses in voter share in both states. The right-wing newcomer, the Alternative für Deutschland (AfD), meanwhile is riding high in the polls on the back of the heated debate about immigration. The party swept into three more Landtage (state parliaments) in March with double-digit percentage shares of the vote.

The polls provide a murky picture of possible coalitions though a cooperation with the AfD, which also largely rejects the Energiewende and voices doubts about climate change, has been widely ruled out. (See factsheet)

Although Germany’s transition towards a low carbon economy with high shares of renewable energies and limited greenhouse gas emissions is a national project, states do play an important role. The federal government introduces laws like the Renewable Energy Act (EEG), as well as emissions and climate targets that apply to the whole of the country. In the federal system, the 16 German states have limited authority when it comes to climate and energy legislation. However, through implementing federal law, and the state governments’ say in the second parliamentary chamber, the Bundesrat, states wield considerable power.

While the election results might impact future energy policy, the issue does not rank high on voters’ priority list. “Traditionally, employment and economy are on top of the list of key election topics in Mecklenburg-Western Pomerania,” says Martin Koschkar, political scientist at the University of Rostock. Despite economic growth over the past years, the 1.6-million-people-strong state still has one of the highest unemployment rates (9 percent in July 2016) and jobs continue to dominate the polls on what voters care about.

However, Mecklenburg-Western Pomerania, Germany’s least densely populated state, also reflects a nation-wide growing opposition to on-shore wind parks that has emerged as a stumbling block for the Energiewende, which so far has overwhelming support of the population and has also led to many citizens becoming electricity producers.

The newly-founded anti-wind power party Free Horizon (FREiER HORIZONT) has tried hard to make wind power a major topic in the run-up to the elections in the coastal state. The single-issue party that emerged from a citizens’ alliance in the small town of Altentreptow earlier this year has managed to get national media attention, including in a TV piece in the well-known satirical programme extra 3, and has its own campaign song, stating that wind power makes people sick and destroys nature.

But so far, most voters and the political incumbents are little fazed. “Free Horizon is hardly noticeable in the polls,” says political scientist Koschkar. State premier Erwin Sellering (SPD), who is campaigning on past successes like the expansion of renewable energies and the introduction of a law that regulates the participation of local residents in wind parks earlier this year, also seems relaxed: “I am very glad that wind power opponents have founded their own party. Come election day, we will see how many people are against our wind power policy,” he told regional newspaper Schweriner Volkszeitung.

All eyes on right-wing newcomers

On election day, attention in Mecklenburg-Western Pomerania (and Berlin) will focus largely on the three-year-old right-wing populist party AfD. The party’s strength has the potential to shake up the political landscape in Chancellor Angela Merkel’s home state in what is seen as the next test in the run-up to Germany’s federal elections in the autumn of 2017.

The AfD focuses on security and immigration, but its party programme also rejects the Energiewende and voices doubt about man-made climate change. Political scientist Koschkar, however, points out that this shows little resonance. “This [Energiewende-] statement in the AfD’s programme does not play a role in its electorate,” he says. “Only 9 percent of AfD-voters say that energy policy is a decisive topic in the elections.”

The situation in the city state of Berlin, also governed by a grand coalition of SPD and CDU, is a little different, with polls showing the voter share relatively evenly distributed between the SPD, Greens, CDU and the Left Party. The Greens have been strong over the course of the past few elections – 2011 with 17.6 percent of the vote, reflecting a more environmentally and climate conscious urban electorate.

Greenpeace asked the leading candidates in Berlin about their and their parties’ views on energy, climate and transport issues. The results show that in many areas, the views converge.

In April 2016, Berlin’s very own Energiewende law came into force, resulting in the city’s “Energy and Climate Protection Programme 2030” that formulates steps for Berlin to become climate-neutral by 2050. And Berlin is the first state in Germany that decided to divest its money from “companies whose business model contradicts the goal of climate neutrality”. The decision was nearly unanimous.