The performance of Germany's electricity system during the coronavirus pandemic offers important lessons for the future of the country's landmark energy transition, says Hanns Koenig from consultancy Aurora Energy Research. Strong renewable power production coinciding with low demand underlined the need for more flexibility in April, according to Koenig, who advises utilities, policymakers and investors on all aspects of Central European power and gas markets. 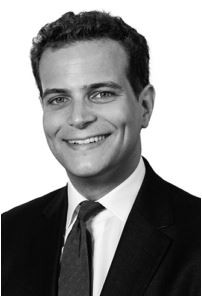 Clean Energy Wire: To what extent does this April allow us a glimpse of the 2030 power market in Germany?

Koenig: In some ways, yes: the system has very high renewables shares, the flexibility requirements on the dispatchable part of the system are huge, price volatility is significant. In other ways, no: the 2020 system is a lot less flexible in adjusting to renewables' generation than the 2030 system will be: approximately 5 gigawatts (GW) of nuclear plants and 5 GW of coal did not ramp down in recent weeks despite strongly negative power prices (in fact, the most negative power prices we have ever seen in Germany). These will be mostly out of the market by 2030, leaving a thermal system consisting of more modern and flexible coal plants and gas plants, which can better adjust to renewables’ output. On the other hand, the 2030 system will be a lot tighter: when the wind doesn’t blow and the sun doesn’t shine, power prices will be much higher than they are now.

What lessons can we learn from the month?

The need for flexibility: power prices turned negative, because it was not possible or profitable for thermal plants to turn off, and because a lot of renewables that are in the system currently have no incentive to turn down when power prices turn negative. It will therefore be important to increase both the flexibility of the dispatchable part of the system, and the market integration of renewables, giving them an incentive to curtail production when power prices turn negative, potentially even before six consecutive negative-price hours are reached.

How did the grids cope?

Grid stability was not threatened; transmission system operators (TSOs) have learned how to handle high renewables shares in the system well. However, they handle it through re-dispatch and feed-in management, i.e. telling renewables in the north to turn down and thermal plants in the south to turn up. The only way of fixing that will be to expand the grids further. Interestingly, the TSOs likely would have had a harder job at managing the system if demand had not been reduced due to Covid-2019, because re-dispatch is normally highest in high renewables, high load situations.

Will Germany have to raise its 2030 renewables target given that a more ambitious EU emissions target now looks likely?

Do you expect German power consumption to rise by 2030 due to electrification of other sectors, or to decline amid increased efficiency?

On balance, we expect moderate increases in demand by 2030, because electrification outpaces efficiency gains. In the longer term, we expect stronger demand growth, because the cheapest way of decarbonising a lot of sectors will be to electrify.

The causes and effects of negative power prices