Shake-up of German energy industry proceeds after agreements are reached

An asset swap deal between German utilities E.ON and RWE took a step forward after energy corporation innogy reached agreements with the two companies "for a fair integration process," Reuters reports. innogy will no longer be an independently listed company once the transaction is completed, according to the article. "The agreements with E.ON and RWE lay the groundwork for a fair integration process on equal terms and thus for constructive collaboration in the future. Considering the fact that innogy is being taken over, we negotiated the best possible deal for our employees," innogy CEO Uwe Tigges said in a statement. 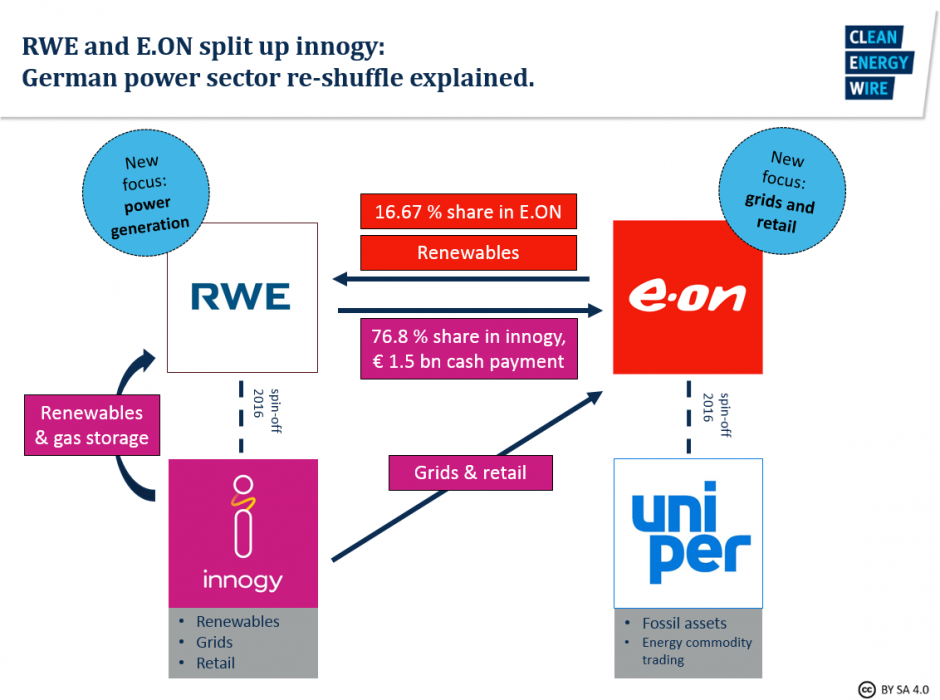 For background, read the CLEW article RWE and E.ON overhaul power sector - German reactions to innogy deal, the dossier Utilities and the energy transition and the factsheet Germany’s largest utilities at a glance.