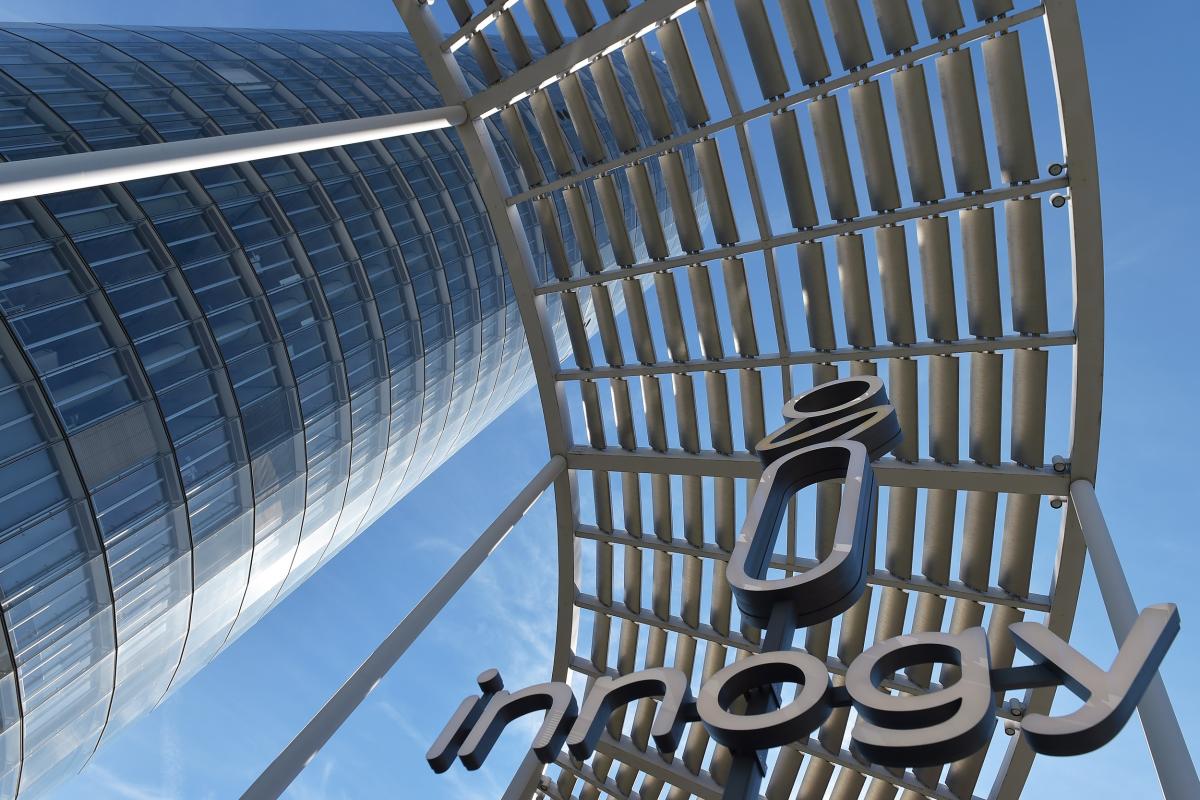 innogy became an independent company in 2016. Photo: innogy
In a deal that could drastically re-shape Germany's power sector, RWE and E.ON have agreed to split RWE subsidiary innogy and focus each on different parts of the business. E.ON will largely be in charge of distribution grids while RWE will concentrate on conventional and renewable power generation. While politicians approved of the move, competitor LichtBlick warned that the deal could endanger competition in the power market [UPDATE adds quotes by vzbv, ver.di, IG BCE]

The German power market is undergoing another massive overhaul. E.ON and RWE, the two market leaders, have agreed over the weekend that they would buy, sell, and swap around their shares in grid operation, retail, and electricity generation. E.ON will buy RWE’s stake in its subsidiary innogy, including the parts of the company involved in distribution grids and power retail. RWE, in turn, will receive E.ON’s renewables business, along with minority interests in two nuclear power plants. More here and here.

Their deal is pending the approval of RWE’s and E.ON’s company boards and Germany’s Federal Cartel Office as well as that of EU regulators.

The break-up of Innogy and the reshuffle in the renewables business comes two years after E.ON and RWE had to split themselves in two, following eroding profitability and dwindling market shares in a new energy world, where power prices had fallen drastically due to a shift to renewables. In 2016, E.ON spun off its fossil fuel business, forming a new company called Uniper, while keeping power networks and renewables. RWE kept the conventional power generation business, and transferred grids, renewables, and retail to subsidiary Innogy. More here.

CLEW has collected reactions to the deal from energy industry representatives, politicians, and NGOs:

“The takeover of RWE’s stakes in innogy by E.ON will lead to a higher concentration of utilities in the German energy market. […] The Federal Cartel Office will now have to investigate the effects of this consolidation on consumers. […] Power prices for consumers may not increase further. They are too high already. Furthermore, the participation of private individuals in the energy transition may not be hampered.”

“The planned reshuffling of Germany’s largest energy companies is the right answer to the enormous challenges that the energy transition has posed them already and will pose in the future. Both companies can invest in growth now. This secures jobs for the future, and offers new perspectives to employees.”

“[The transaction] is in the employees’ best interest and can contribute to securing jobs under long-term labour agreements. The opportunity for everyone involved lies in creating a strong company capable of making investment decisions, and in unlocking the potential for growth and jobs.”

"I trust Germany’s energy companies to find the best ways to achieve the energy transition and a sustainable energy supply."

Peter Altmaier, designated CDU minister for the economy and energy, in the Rheinische Post:

“This is a decision made by private enterprises […] [It makes clear] that the big energy providers adapt to the Energiewende and seek to establish new business models.”

“I believe that it could be a very innovative move to have one company that commits itself to supply security by focusing on conventional and renewable energy sources, and another one that deals with retailing and grids in Germany. This will give us two well-performing companies that are able to compete internationally.”

“If energy companies gamble for billions, this usually spells nothing good for customers. The planned asset swap deal between RWE and E.ON will inevitably lead to a concentration of power in the energy production and grid management sectors. It would be naïve to believe that this will lead to lower power prices, because the companies have not passed on lower wholesale power prices to private households for years now. Private households will ultimately foot the bill of this deal.”

“I don’t see a problem for cartel authorities as far as energy generation goes, as E.ON’s and innogy’s combined renewables portfolio to a large extent consists of capacities abroad (…) There might be a problem on the retail side, but that’s not clear yet (…) as customers will still be able to change their provider quickly, there probably won’t be reservations.”

“This new entity may evolve into a huge company with a sizeable market. This puts competition in the power market in danger, and could lead to higher power prices for customers in the long run. Antitrust authorities have to assess this merger very carefully […] The takeover of innogy by E.ON does not create a new green power company. Merely three percent of innogy’s power supply is from renewables, and E.ON’s only seven percent […] Now the green power generation capacity of E.ON and innogy goes into RWE’s hands. This will create a company that works with the old energy world’s recipes. This is no good news for Germany, nor for the Energiewende.”

“I’m sceptical of this deal […] I’m worried about the employees […] [The transfer of renewables to RWE] sure is good news for RWE, and would make us municipal investors happy. But there’s not very much money to be made in this branch. That happens in the grid and retail branches – and these will go to E.ON.”