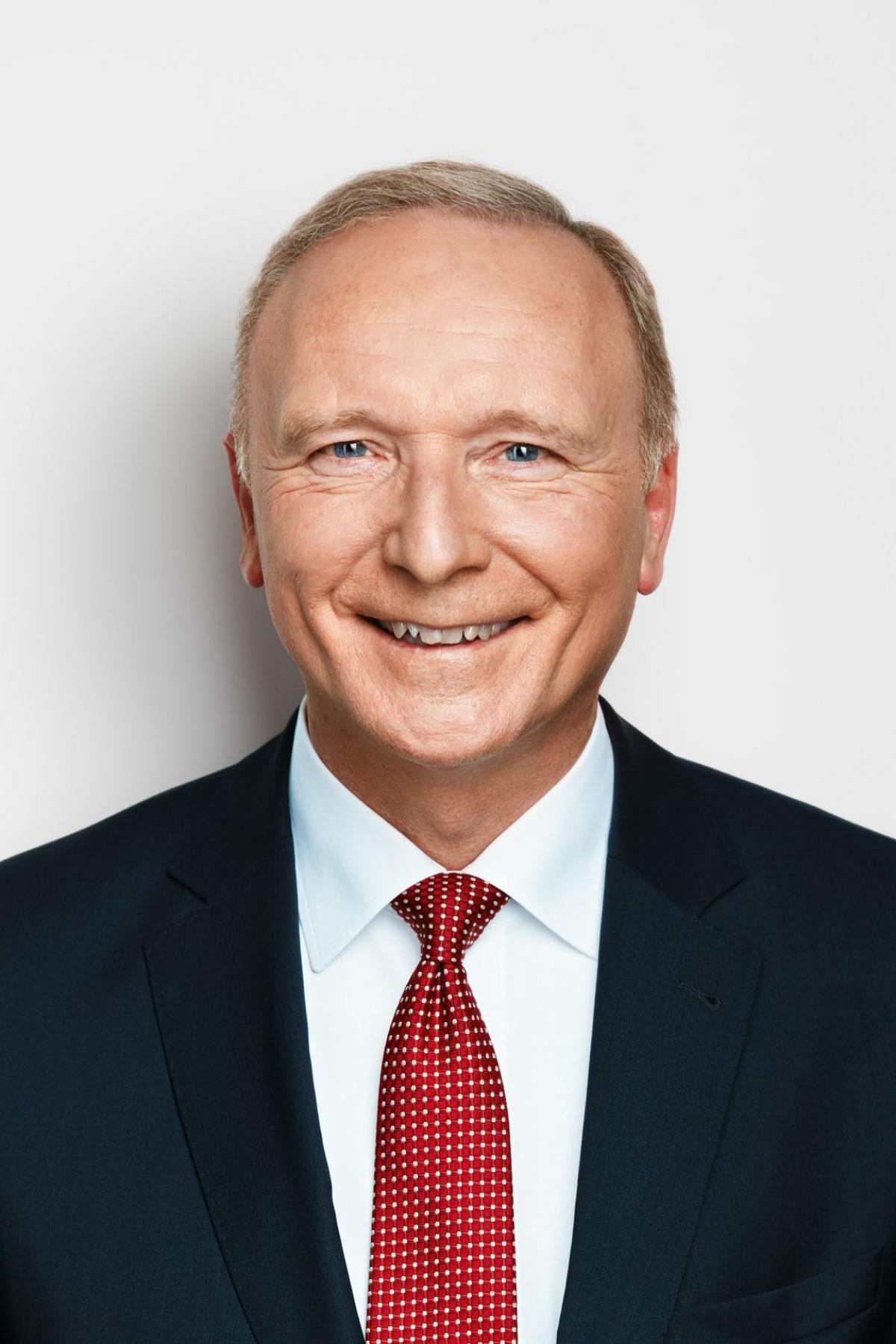 Bernd Westphal, spokesman of the SPD parliamentary committee for the economy and energy. Photo: Bernd Westphal
The SPD, Germany's oldest party, has been a junior partner to Angela Merkel's conservative union in the grand coalition since 2013. The Social Democrats have traditionally been the country's "labour party" and thus consider German coal mining and industrial regions as their strongholds. In a coalition with the Greens, they initiated many policies that continue to shape the Energiewende, such as the Renewables Act or the nuclear exit. The SPD's Chancellor candidate Martin Schulz has had a promising start earlier this year but now once again is trailing the incumbent Merkel in polls. Bernd Westphal, spokesman of the SPD's parliamentary committee for the economy and energy, says his party's energy policies make it the better choice for the energy transition and German citizens alike.

CLEW: Mr. Westphal, the SPD has been in government as the junior partner alongside the conservative CDU/CSU for the last four years. What are the fundamental differences between the two parties on energy policy?

Westphal: Our energy policy has three clear aims: achieving a secure, clean and affordable energy supply for all. The CDU/CSU, on the other hand, focuses on vested interests and cementing the status quo. We see the challenges that come with guaranteeing a secure supply but also the opportunities that arise for Germany’s economy from modernising our energy system. The conservatives seek to avoid change and serve their clientele.

Doesn’t the SPD have its own clientele? The federal states with the biggest coal industries, North Rhine-Westphalia and Brandenburg, have long been SPD strongholds and were both governed by your party until recently.

There is nothing wrong with serving the interests of your electorate. And speaking of coal, if we assume responsibility for Germany’s energy supply, this supply needs to be secure. And we also have to take social aspects into account, meaning structural economic transition away from coal mining. Again, that is something the CDU/CSU often overlooks.

What exactly is the SPD doing to address this transition?

Well, first off, we cannot simultaneously end nuclear and coal-fired power production. Our energy system is not going to be able to cope with that if we want to stick to our three aims. But if you look at how we have phased out hard coal you’ll see that we do have some expertise on how to manage structural transition. But if we end domestic lignite mining too, it will be gone as an energy source. This means we could save about 180 million tonnes of CO2 emissions per year. Germany has come down from 1,250 million tonnes in 1990 to roughly 900 now and we need to further reduce to at least 250 million tonnes by 2050. There is no doubt that phasing out coal alone will not be able to deliver that and it therefore makes no sense to focus on it if, for instance, emissions in the transport sector keep rising. We are not clinging to coal for the next 100 years but we will need it for a few more decades, although modernised. Our domestic coal production is efficient, secure and flexible, whereas for natural gas I do not even know what the price will be in 30 years’ time, or how much will be available to us. This debate doesn’t make sense and we will not let ourselves get worked up by it.

So there won’t be a concrete proposal for a road map to exit coal from the SPD?

No, and it would be nonsense to have one. We cannot just say: ‘We will exit coal in June 2031’, that is rubbish. We need to make sure we have the conditions that allow us to do that. And currently we do not have them.

About Germany’s emissions: The SPD is calling for reform of the European Emissions Trading System (ETS). What do you want to see reformed? And will you consider domestic action if progress at the European level stalls?

Firstly, the ETS is a running system and is applied across Europe. Just for the sake of our companies’ competitiveness we have to be wary of going it alone nationally. That’s like putting an extra 5 kilos into a marathon runner’s backpack. We need equal market conditions. But the ETS needs further development to ensure that an oversupply of certificates does not strip us of our ability to steer prices in the desired direction. And secondly, if you want to reduce carbon emissions, you need to talk about funding mechanisms as well. Of course, putting a higher price tag on emissions could help. But it would have to be applied to sectors not covered by the ETS. If I buy 50 litres of diesel at a gas station today, I do not pay a CO2 price. These price tags could offer a steering mechanism and could be balanced out nationally, and foster innovation with a lower renewables surcharge or a lower electricity tax.

Aside from a carbon price, renewables expansion is another key instrument to bring down German emissions. The SPD’s former economy minister Sigmar Gabriel put a cap on expansion in this legislative period – but the SPD’s parliamentary group recently called for that cap to be lifted. What position can we expect from your party in the future?

When we entered government in 2013, we were left with the ruins of our predecessors’ energy policy. We had to build a framework for the energy transition compatible with European law. What followed was the Renewables Act (EEG) 2014, which clarified the status of expansion support and industry rebates for energy-intensive companies. And we have always had expansion volumes that exceeded projections. I think it is important that we synchronise additional renewable energy with our storage and transmission capacities and all the other infrastructure necessary for volatile power production. Lower costs achieved by renewables auctions make it less likely that anyone will want to curb renewables expansion. But we need a corridor to make sure wind and solar installations are not built where they are not needed and from where power cannot be transmitted. That would be economic lunacy and not responsible energy policy. The EEG 2017’s expansion path is ambitious enough.

The SPD is calling for a national Climate Protection Law, which is likely to include a clear strategy for renewables expansion. What else should it contain?

It would be aimed at implementing greenhouse gas neutrality in Germany. This requires an intense dialogue between industry, labour unions, employees and other affected groups in all sectors. It is necessary to reconcile the Energiewende’s opportunities with the social and economic challenges that arise. If we do not do that, it will lose support. We will also have to look at technologies that are consistently frowned upon, such as carbon capture and storage (CCS). We need to take a neutral position on the best technology to maintain value creation, and thus the basis of our national prosperity. There are a whole range of possibilities and they would all be included in a Climate Protection Law.

But these ideas will not produce a tangible cut in emissions in the short term. What can Germany do to meet its 2020 emissions reduction targets? Is shutting down the dirtiest coal plants an option?

Well, they will be decommissioned for economic reasons anyway. But look: if in winter there are very low temperatures and we don’t have much wind or sun, we still need to deliver about 80 gigawatts of power for our economy. We cannot do that without coal right now. Experts from our party have met to see what individual sectors can contribute in the short term to bring down emissions, but many things are simply not politically feasible. Take a national speed limit of, say, 120 kilometres per hour on highways. A cheap solution to bring down CO2 levels and also road accidents – but if you propose it, you might as well resign yourself to losing the election. But if our actual aim is to protect the climate, we need to look at issues like that, do the maths and discuss it. A coal exit is no panacea.

Is the SPD considering alternatives to the EEG for the future financing of renewables expansion?

Of course, we are currently assessing how we can relieve power customers and maybe step into the breach with tax money. The EEG is not very appropriate to further sector coupling, which implies the electrification of transport and heating, since it only applies to the electricity sector. We need to make progress in this regard and this investment will be costly. But it needs a socially just distribution of costs – and we don’t yet know what that will look like, but you can be sure we’re working on it.

The SPD recently confirmed it wants to put a million electric vehicles on Germany’s roads by 2020. At the same time, your chancellor candidate Martin Schulz recently said that diesel engines will be needed for the foreseeable future. Can this balancing act can be sustained much longer, or should the party let go of one technology and focus fully on the other?

Diesel will be needed as a bridge technology. We have 40 million cars in Germany and not even 1 million of them are electric. Even if we had that many, diesel – let alone the combustion engine in general – would still be around. Our carmakers have certainly missed out on some important technological advances. We need to catch up and I think the diesel scandal, as well as the looming driving bans in many cities, will add pressure to do so. But what does not make sense in my opinion, is to invest further in research to make diesel cleaner.

So you don’t see diesel sticking around decades to come?

As I said, it is a bridge technology. Gas-powered cars, hydrogen cars, fuel cells - there are so many alternatives to the electric car. And yet, we have rising emissions in the transport sector. If we provide the right conditions, meaning sufficient driving range and charging infrastructure, I am sure e-car sales will be boosted and costs come down. But I doubt it will happen by 2020.