Climate & CO2 Fossil fuels Policy
Germany should implement a national tax on carbon emissions in order to meet its own emission reduction targets in the an efficient and straight forward way, the German Renewable Energy Federation (BEE) proposed based on a study by consultancy Energy Brainpool. The national carbon price had to complement the existing European Emissions Trading System (ETS) to push the price for emitting one tonne of CO₂ to 25 euros by 2020, up from the ETS’ s current five euros per tonne, the BEE said. Economists and environmentalists praise it as a"market-based solution" while others warn of yet another "German solo attempt".

BEE deputy head Harald Uphoff said a national carbon tax for Germany could serve as an intermediate solution until a common European approach is found. He explicitly backed the initiative by French President Emmanuel Macron to introduce a European carbon floor price, arguing that a price of 25 euros per tonne could bring down emissions in Germany’s power sector by one-third by 2020.

A CO2 tax on electricity is “a market-based solution” for reaching climate protection targets that will also prop up wholesale power prices, allow for lowering Germany’s renewables (EEG) surcharge, Uphoff said. The surcharge, which is calculated based on the difference between wholesale prices and the set price owners of renewable power installations receive, is paid by customers with their power bill. The revenue could also replace the current power tax, thereby minimising its inflating effect on power prices for customers, the BEE said.

Finding alternatives for the EEG surcharge that is meant to finance the expansion of Germany’s renewable energy capacity has emerged as one of the key energy policy debates in the run-up to the country’s federal elections in September. Many experts say that electricity has to become more competitive with other energy sources in order to take the next step in the Energiewende -- the country’s dual move of phasing-out nuclear power and reducing carbon emissions – by increasing the use of renewable power in transport and heating. Germany’s economics ministry has tendered a study to find alternative funding options, ranging from a rededication of income and corporate taxes to renewables quotas for utilities.

According to the Energy Brainpool study, the carbon tax requires "the least effort” to ensure Germany reduces its emissions as planned. The national target stipulates a reduction in the energy sector of about 60 percent by 2030 compared to 1990 levels – around 180 megatonnes or about half of German emissions in the sector in 2014.

The study compared the effects of a tax gradually set between 20 and 75 euros per tonne CO2, jumping to the highest level in times of negative wholesale power prices to fully cover environmental costs of emitting the greenhouse gas. But “already a relatively cheap” carbon price of 25 euros per tonne would suffice to reach the reductions goal, the authors say.

Germany currently risks failing to achieve its 2020 climate goals in the power sector to cut emissions by 40 percent compared to 1990 levels. Since emissions were in fact slated to at least temporarily rise after Germany has completed its nuclear exit in 2022, the CO2 tax also would help ensuring that carbon-intensive fossil energy sources do not replace nuclear power and instead further shift investments to renewables like wind and solar power or bioenergy, the study argues. “Higher power prices lead to higher earnings for power plants without CO2 emissions,” it says. 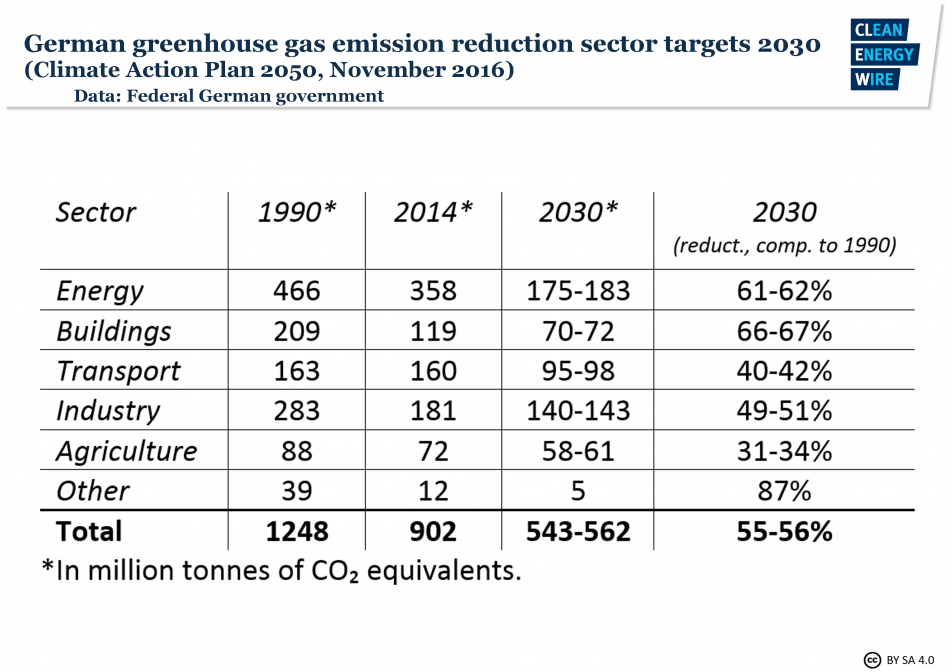 Bringing down national emissions has become an increasingly pressing issue for Germany, not least since Chancellor Angela Merkel made defending the Paris Climate Agreement and international climate protection efforts a priority of her G20 presidency at the Hamburg summit and also an outstanding feature of German foreign policy.

A carbon tax was an effective and efficient method, economist Ottmar Edenhofer said at the BEE’s presentation of the study. Edenhofer, director of Mercator Research Institute on Global Commons and Climate Change (MCC), added that taxing carbon emissions was needed to reduce the excess supply of fossil energy sources and turn current fossil subsidies into costs.

It is a “high-risk strategy” to believe investments in fossil energies were significantly falling only because renewables are becoming cheaper, Edenhofer argued. Taxing carbon emission is therefore a viable method to ensure that “the lion’s share of coal, oil and gas stays in the ground”, he added.

However, Edenhofer stressed that revenues generated from a carbon tax needed to be strictly devoted to financing the infrastructure for a comprehensive energy transition in order to keep the public on board. He also opposes the implementation of different CO2 prices for the power, heating and transport sector as this amounts to “political allocation” of pollution costs. A common price for all sectors, on the other hand, would ensure emissions reduction take place in the most efficient way. 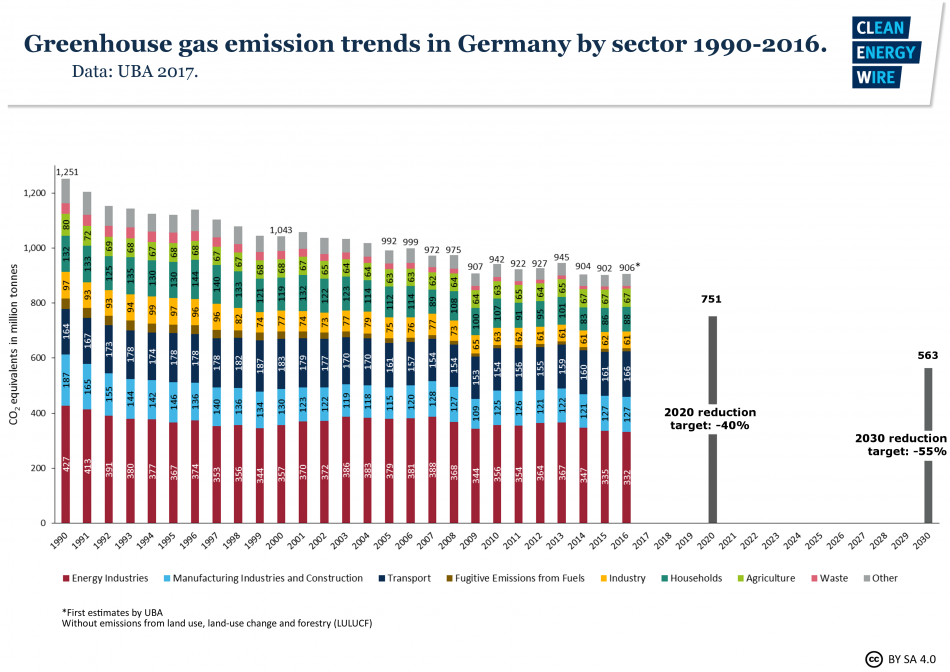 Environmental organisation Greenpeace welcomed the idea of a German carbon price: "For renewables, all costs caused by the technology are transparently included in the price," the organisation's Marcel Keiffenheim said. By contrast, prices for fossil energy sources only marginally reflected costs caused for the climate and human health. "Since the current power market orders the use of power plants based on their respective costs, this market is heavily distorted without a CO2 taxation," he argued.

The German Association of Family-Owned Enterprises, on the other hand, criticised the approach to solve the country's climate target challenge with a national CO2 tax in the power sector: "Germany's unsuccesful solo attempt needs to come to an end," the association's head Reinhold von Eben-Worlée said. He called the ETS "the best way" to protect the climate.

"If you want to have a minimum carbon price, then don't do it with a tax but introduce floor price for emissions certificates covering all sectors," Eben-Worlée argued. He added the EEG surcharge had to be abolished alltogether in this case. "Otherwise energy becomes more expensive, but not greener."

Environmental and consumer protection association Envrionmental Action Germany (DUH) urged Chancellor Merkel to act on the French initiative for a European CO2 price outside the ETS. After the decision of 19 of G20 members to uphold the Paris Climate Agreement, "Merkel and Macron have to pick up the spirit from Hamburg and take concrete steps for climate protection with a Europe-wide CO2 floor price," DUH head Sascha Müll-Kraenner said.

Andreas Kuhlmann, Chief Executive of the German Energy Agency (dena) said it would be wise for Merkel to consider Macron's proposal despite criticism that France could benefit relatively more from the carbon price, given its high share of CO2-free nuclear power. “Not everything that doesn’t benefit Germany from the start has to be a bad thing,” Kuhlmann said.