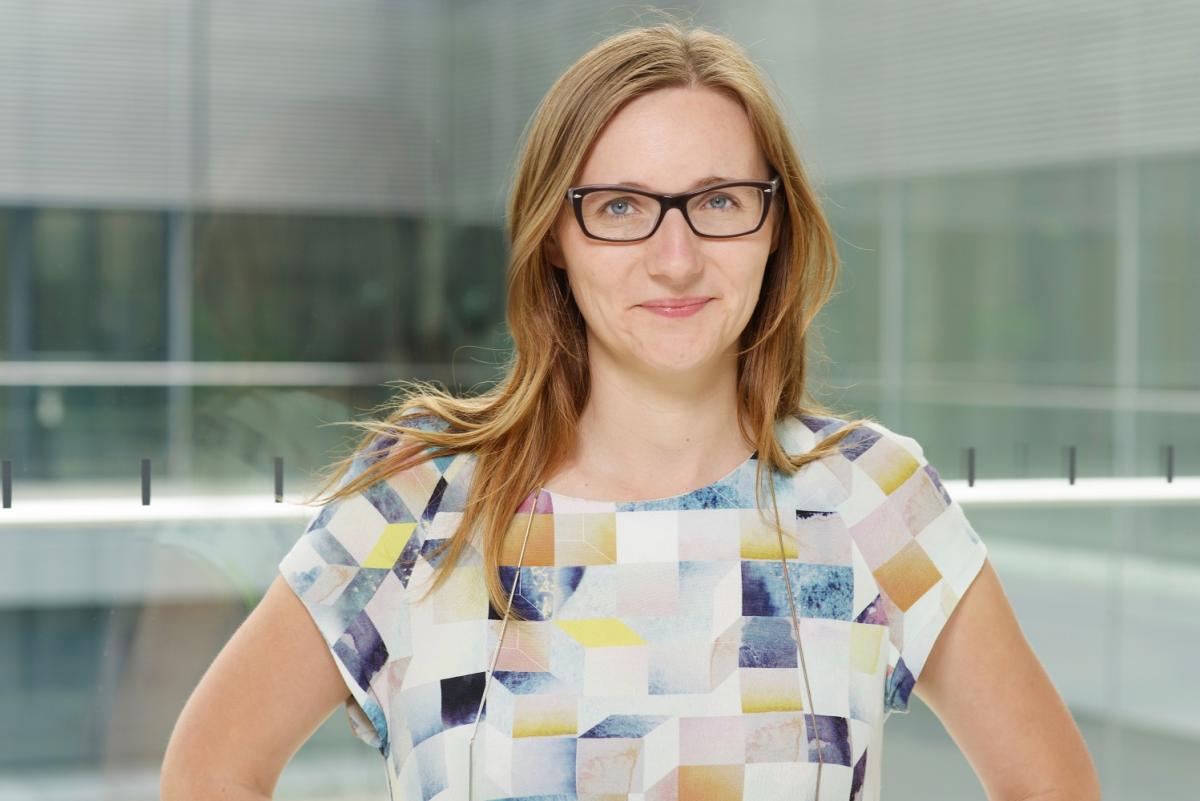 Lisa Badum is a parliamentary novice and Green parliamentary group spokesperson for climate. Source - Badum 2018.
In their coalition treaty, negotiators from Angela Merkel’s conservative CDU/CSU alliance and the Social Democrats (SPD) have agreed to set up a special commission charged with managing the phase-out of coal-fired power generation in Germany, which includes setting an end date by next year. This means taking the easy way out, because such a commission does not substitute for political action, says Lisa Badum, climate spokesperson for the Green Party’s parliamentary group. It would need more time, and thus it is the wrong instrument, because urgent action is needed on climate protection, Badum told the Clean Energy Wire.

Clean Energy Wire: Ms Badum, the Social Democrats and the conservative CDU/CSU alliance are on the verge of forming a new coalition government. What would have been different if the Green Party had been part of this government, particularly when it comes to climate and energy policy?

Lisa Badum: The Green Party wouldn’t have entered into a government without an agreement on a legally binding exit from coal-fired power production, and an immediate shut-down of the most polluting coal plants. Moreover, we would have, without any doubt, adhered to the national climate target for 2020. In our exploratory talks for a government coalition [with the CDU/CSU and the FDP - Ed], this topic wasn’t controversial anymore. It was only during the ensuing negotiations between the CDU/CSU and the SPD that the climate target was practically abandoned.
Furthermore, we would have introduced a really effective CO2 price. We would have taken up the suggestions of the French government and become a driver for this initiative in Europe. The grand coalition brushes this important instrument aside by only referring to the G20, but without acting itself.

[Find out more about the treaty provisions on energy, climate and transport in this CLEW factsheet.]

Do you expect the new government to follow the plan that the CDU/CSU and the Green Party had agreed on in their negotiations to close down between five and seven gigawatts of coal-fired power plants by 2020 in order to reach the 2020 emissions reduction target?

We cannot expect shut-downs of this magnitude, even though without them, the 2020 climate target will definitely not be reached. But without Green Party participation in the government, there is simply no driver to force this important target, also against lobbyists' resistance.

The government will establish a special commission on “growth, structural economic change and employment,” tasked with finding an end-date for coal-fired power generation. What are your expectations regarding this commission’s composition and results?

Every commission, also the ones with competence in areas like buildings and transport, will have to encompass all societal groups that have a stake in the planned measures – be it for ecological, health, or employment reasons. But apart from that, the grand coalition is taking the easy way out by establishing commissions to manage all these subjects. Commissions make sense to a certain point, but they don’t substitute for political action. The commission on growth, structural change and employment would actually need more time. It cannot come up with actionable results by the end of this year. But since the end of 2018 deadline is there, when it comes to climate action and a coal phase-out, this commission is simply the wrong instrument.

Is there something in the new agreement that you would commend the future coalition partners for?

Yes. It is the right move to introduce extra tenders for more onshore wind power installations between 2019 and 2020. But we are still facing a gap in 2018. This is why we, the Greens, suggest a 1.5 gigawatt expansion. The target of 65 percent renewable power by 2030 is also a step in the right direction. However, this target seems to be coming out of the blue, and I’m afraid I doubt that it will be enough to comply with the Paris Agreement.

In what areas in particular will the Green Party stand up to the government in the Bundestag, and where do you see potential for cooperation?

We will highlight the sore points whenever the grand coalition lapses into an eternal ‘business-as-usual mode’, particularly in the climate-relevant sectors of transport, agriculture, and economy. If, for example, the environment ministry offers viable solutions, the minister can be sure of our support. We will remind the government and Chancellor [Angela] Merkel in particular of their new promises regarding the 2030 climate targets and of their old failures when it comes to the 2020 target – and we will make suggestions on how best to act.