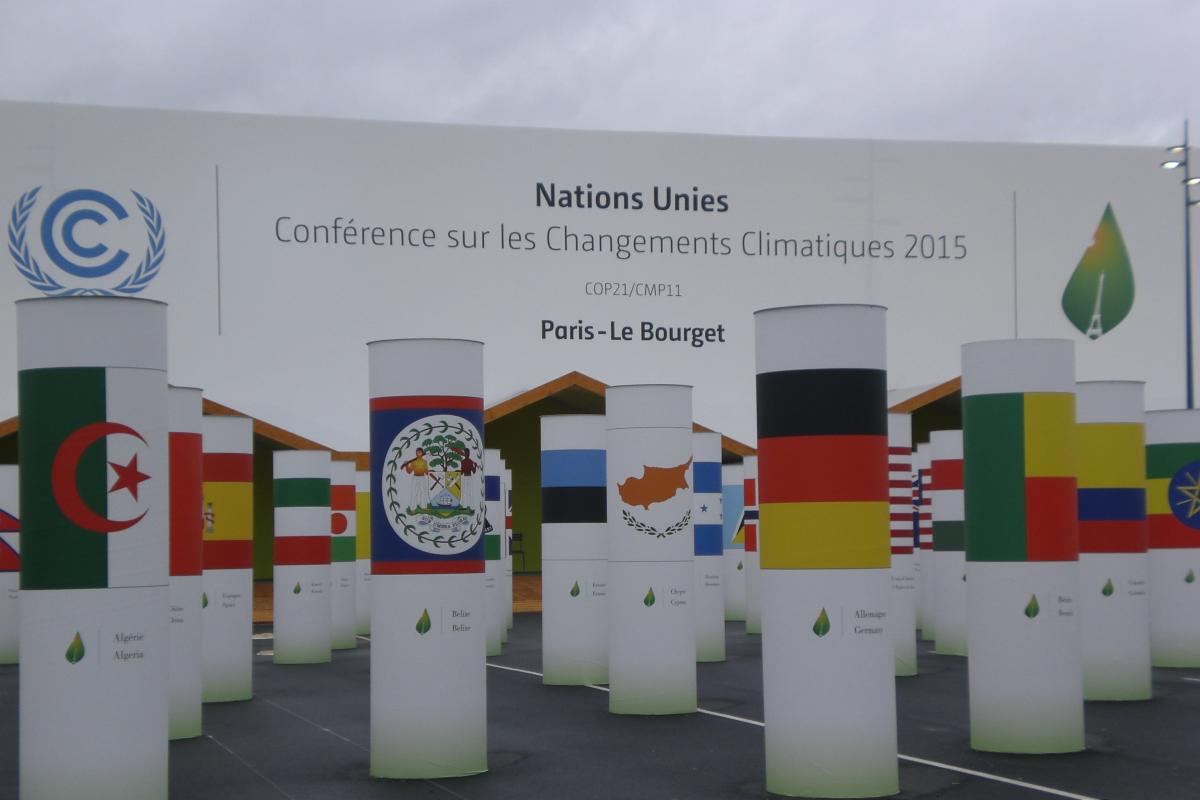 Fixated positions - Will there be enough movement in negotiations before ministers take over next week? Photo: CLEW.
Day 5 at the UN climate conference: Negotiatons are not "leaping forward" / 1.5°C should be mentioned in agreement / German climate action in the spotlight at home

Brackets removed – no big leap yet

Negotiators in Paris have managed to remove a lot of “technical debris” along with a certain amount of brackets in the negotiating text, the head of the German delegation, state secretary Jochen Flasbarth said on Friday, adding however, that there were no big leaps forward yet. There had been progress in the area of climate finance for adaptation, Flasbarth said, but unfortunately only in the group that discussed finance, not in the one that discusses adaptation. “This is why it is so important that the different strands of negotiations are combined now so that we get an overview over what is happening in the different spin-off groups.”

Finance is – as many observers have noted and expected – the sticking issue in negotiations for a new UN climate change agreement in Paris. “We see that the G77 + China are connecting all details with the principle of climate finance,” said Jochen Flasbarth. This was very understandable, but it could slow down the process, he said.

Jennifer Morgan from the World Resources Institute, told journalists that countries like Saudi Arabia or Venezuela were blocking proceedings at times using “very provocative language”.  Christoph Bals, policy director at Germanwatch, said he hoped that in particular in the case of China the tone would change once ministers took over the talks next week.

With a new compilation text published on Friday morning and another one due on Saturday, the French Presidency is preparing to take over proceedings from the ADP co-chairs on the weekend. Next week negotiations will be moved up a tier, with the countries’ ministers taking over the talks, supported by the delegation negotiators.

Thursday had seen some wondering whether Germany wanted actually a 1.5°C warming threshold to be the overall goal of the new climate agreement. The “Below 2°C” claim on the German pavilion combined with shortened quotes of state secretary Jochen Flasbarth’s remarks on Thursday had triggered some speculation. On Friday, Flasbarth reiterated what he had told German press before: “We are advocating, and we have also talked about this again with the EU, that we want to see the 1.5°C mentioned in the final text.” He didn’t believe that a 1.5°C limit would substitute the 2°C threshold in the agreement though. “And I wouldn’t be sure if this was sensible because we have to be careful to stay honest about what we can achieve and what we put in the protocol. Otherwise we will lose credibility.” On the other hand it was important not to lose sight of the fact that f temperatures rose to 2°C, many countries would face already a dramatic situation, he said.

Climate action back at home

Speaking in German parliament in Berlin, environment minister Barbara Hendricks stressed the importance of a deal in Paris. She reiterated the country’s key aims for a transparent review mechanism in the deal, a mechanism to revisit and ratchet up the countries’ commitments every five years, solidarity with those countries suffering most from climate change and the inclusion of a long-term decarbonisation goal.

Talking about Germany, Hendricks said that the structure of the economy would continue to change, including mobility. “We have to organise those processes intelligently,” she said. “The time of fossil fuel – including lignite – is drawing to a close. We have to tell the people openly, because we have the responsibility for a well-managed structural transformation – in the interest of workers and the regions affected.”

Regional heads of Hendricks’s party – the Social Democrats – have criticised her for comments about the need of an exit from coal-fired power production within the next 20-25 years.

The oppositional Green Party’s speaker on climate policy, Annalena Baerbock said that it wasn’t enough for Germany to internationally talk about decarbonisation and at the same time stick to coal at home. Even if the outcome of Paris wasn’t going to be very ambitious, due to countries like Saudi Arabia, the German government was not allowed to hide behind those putting the brakes on climate action, she said.

Hendricks will take over leadership of the German delegation in Paris next week.

In a move to allow financial markets to better play their role in the transformation towards a low carbon economy, the body to look into systemic dangers for the financial sector launched a task force to improve the disclosure of risks related to climate change. Former New York City mayor Michael Bloomberg will head the Financial Stability Forum’s (FSB) task force, which should develop recommendations on how to disclose such risks in a consistent, comparable, reliable, clear and efficient way. FSB chair Mark Carney said that investors, insurers and lenders needed information about companies' greenhouse gas footprint and about their strategies for a net-zero carbon economy. With such information, the markets could amplify the effect of policies to tackle climate change and bring the transition forward.

Friday was not only the day of “private finance” in Paris but also of “short-lived climate pollutants”. The German government started an initiative on the global abatement of Nitrous oxide (N2O) emissions from nitric acid production. This greenhouse gas is emitted during the production of fertiliser (and explosives) and is 264 times more harmful to the climate than CO2 the government said. Cutting these emissions was a very low hanging fruit, said state secretary Flasbarth. Germany was looking for partners to join the Nitric Acid Climate Action Group.

“Rich nations’ fossil fuel subsidies exceed climate aid 40 to 1” a Reuters report said on Thursday – with Germany among the 8 industrialised nations who annually spend a combined US$ 80 billion on support for fossil fuel production while having pledged about $2 billion a year to the Green Climate Fund. A report by the Overseas Development Institute and Oil Change International found that Germany’s national subsidies to fossil fuel production averaged $2.8 billion annually between 2013 and 2014.

Speaking on the issue of “Fossil Fuel Subsidy Reform” at the German Pavilion, Director-General for Climate Policy Franzjosef Schafhausen from the German environment ministry said that momentum for phasing-out fossil fuel subsidies was growing. Germany was traditionally a “coal country” where coal had fuelled the “famous Wirtschaftswunder” and still played a role in the energy supply. But subsidies for hard-coal mining would be phased out by 2018, he said.

“An immense amount of capital is available around the world but it is often allocated in a way that prevents us from meeting the targets that we set ourselves,” Schafhausen said. He said a first important approach to reform fossil fuel subsidy was transparency and subsidy reporting.