COP21 Interview: We must err on the side of caution 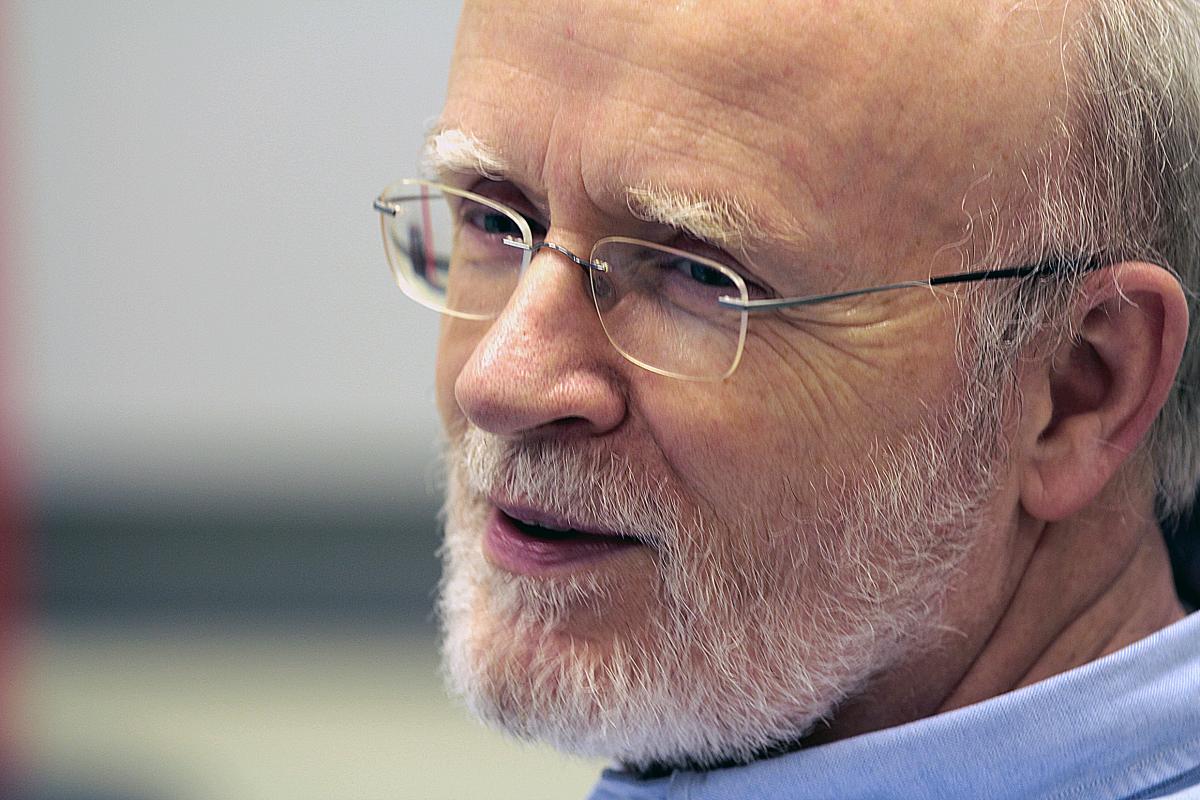 Hans-Otto Pörtner; Photo: AWI
The final negotiations for a global climate treaty in Paris are just days away. What is the German perspective on an international climate agreement and what has the energy transition (Energiewende) got to do with it? The Clean Energy Wire talks to German businesses, researchers, negotiators, politicians and activists who have stakes in the talks. Today: Biologist and climate researcher Hans-Otto Pörtner from the Alfred Wegener Institut, a Helmholtz centre for polar and marine research, who was elected co-chair of the Intergovernmental Panel on Climate Change (IPCC) Working Group II (Impacts, Adaptation, and Vulnerability) in October.

Hans-Otto Pörtner: I believe many issues are on the right track in the run-up to the summit. Speaking as a citizen, rather than as a co-chair of the IPCC Working Group II, I hope that the countries’ ambitions will approach more closely what climate science says should be the targets, and that they implement scientific findings.
I would also hope that countries like the US, China, Australia and Canada give up their reluctant position and energetically join this huge transformational challenge, instead of playing for time.

Surely the largest hurdle is the fact that Paris will be a gathering of countries with hugely differing backgrounds. For example, there are many countries that have invested too much in fossil energies over recent years and decades – countries like the US, who have based their whole infrastructure largely on fossil energies. It is necessary that those countries can now understand the positive challenges that are related to the necessary transformation ahead, and show their readiness to bring the process forward, and to do justice to their position of economic leadership.

Germany, with its strong economy, has an important role to play in the moderation of the talks. The country must also present its climate protection efforts as a model, without playing the know-it-all. But Germany can show that the transformation model works. It must openly contribute its successes and failures to the international discussion, so we can find a constructive basis from where to start.
Germany is also a role model when it comes to the implementation of scientific information. But I also believe that Germany could be even more ambitious at developing long-term climate targets, and could incorporate more findings from the last world climate report in detail.

I believe many aspects of national policy are exemplary on an international level. The roll-out of renewable energies is clearly the figurehead of our country. Of course, the transformation in the car industry is a totally different question, and we also went in the wrong direction by increasing the use of cheap coal over the last decade – that has to be corrected now. So Germany is not exemplary in all areas, but the development of renewables really stands out, for which there are many obvious examples. If we take new technologies into account, for example power-to-heat or power-to-gas, then these add up to a new stepping stone, where we can show it works. Germany is proof that you don’t need to sacrifice economic growth in order to protect the climate.

Are the findings of climate research fully incorporated in climate politics?

It is really important to take the risks highlighted by scientific research more into account in this process. Some risks are still neglected – this is even true for some risks related to rising sea levels, which could exceed current expectations simply because of new findings related to the behaviour of the Antarctic ice sheet. I also believe the risks for human health due to extreme weather events are still not incorporated enough. It would really be important to further extend the precautionary principle, so we can find the right way with the help of further scientific insights – even though we will never be able to resolve the very last uncertainties.

What is the future of the IPCC after the 5th assessment report?

By evaluating research from all areas of climate science, we will continue our contribution to the development of targets, draw attention to risks and, eventually, find the right balance between adaptation and mitigation. It must be one of the most important goals to highlight possible solutions for humanity, but at the same time draw attention to the risks that might be associated with these solutions. The IPCC, in its advisory role, will be indispensable for decades to come.