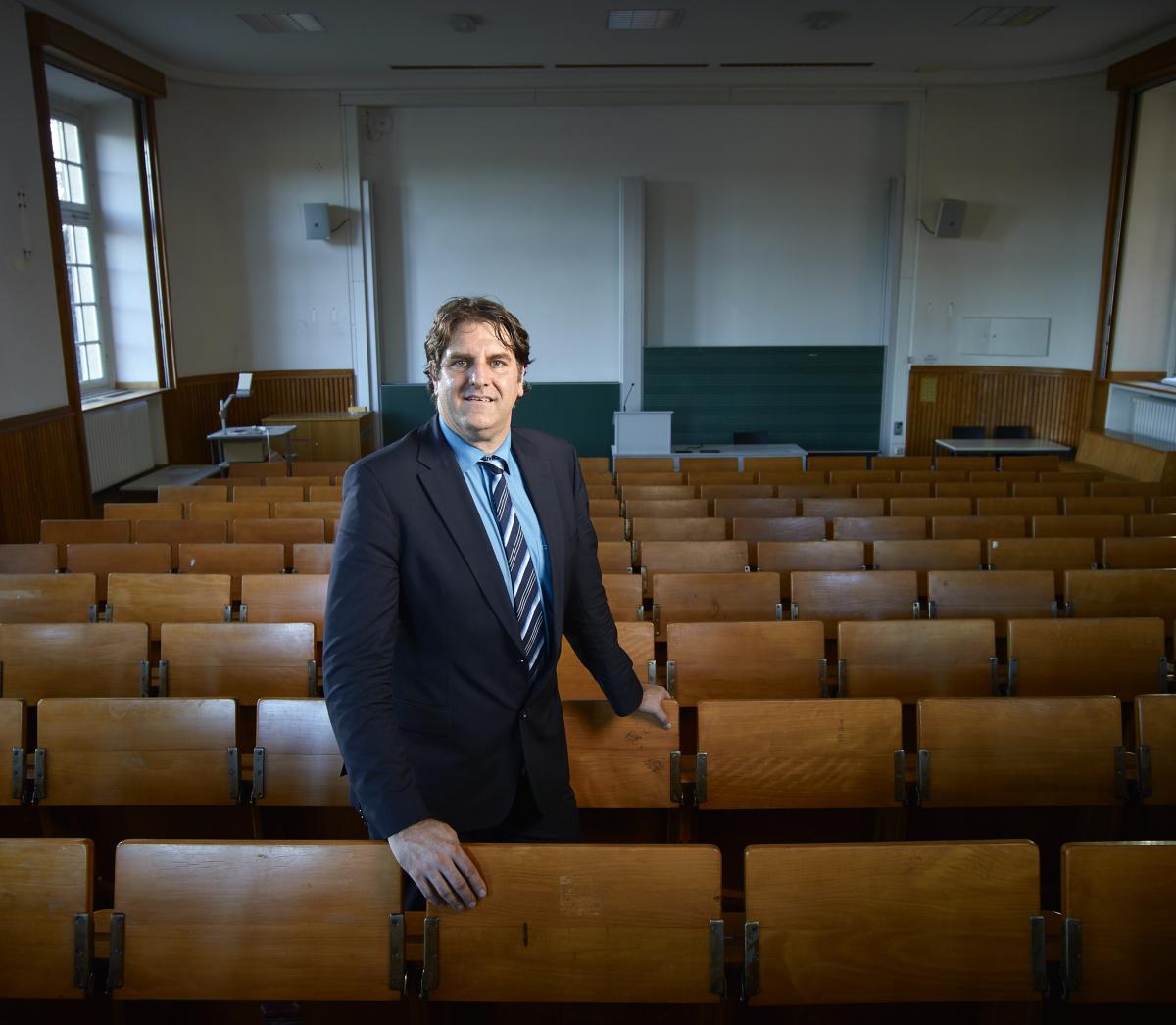 Economist Andreas Löschel says the Energiewende is not given adequate attention in Germany. Photo: Wiedemeier

As the energy transition touches more and more aspects of everday life, public acceptance will become a key question for the project's future, economist Andreas Löschel says. In the CLEW interview, the academic who heads the government's Energiewende monitoring expert commission argues that Germany is very good and open in its stocktaking of energy policy but has to improve its response to identified problems. However, the researcher says that energy transition monitoring could become a lot more effective if many countries agreed on a common evaluation scheme.

Clean Energy Wire: The latest Energiewende Monitoring Report tell us that while certain aspects of Germany’s energy transition are progressing as planned, many others remain somewhat or very unsatisfying. What is the general status of the Energiewende?

Andreas Löschel: If you look at the developments throughout the last year, it becomes clear that today the energy transition is not assigned the same political priority as it used to have some years ago. On the positive side, I think we can see progress in certain areas. Examples include the exit from coal-fired power production, which has just been initiated, or the planned Climate Protection Act, which already appears in the coalition agreement, and whose implementation is to be discussed now. These are positive developments.

On the negative side, though, we could cite the choice of policy instruments in several domains, which has not been seen through very thoroughly. Except for the ETS, things have not changed much and there is no real improvement in the areas of buildings, energy efficiency, and also transport. We would need further political tools to initiate changes here, but these remain wanting for now. These tools could include a carbon floor price, or a reconsidered surcharge and levy system. These are all really difficult issues, but they are unavoidable if we want to move forward.

Does the energy transition not receive the political attention it deserves?

In my assessment, no it does not. Although the coal exit commission’s activity is very visible these days, if you look at the topics that dominate the debates here in Germany, you will not find the Energiewende at the heart of the political discourse. Also, the coal commission only tackles one area of the energy transition policy, even though it is an important one. But in other sectors there are also major problems that are not being addressed. And, by the way, particularly the problem of coal-fired power production is one that could have been solved with market mechanisms rather than with intervention, for instance with a minimum CO2 price. This could have saved the commission a lot of work, since the market would have brought about a coal exit all by itself and the commission could have focused on regional development policies instead.

Do you think the commission model could be effectively emulated for the transport and construction sectors?

There are already plans to set up these commissions, but I doubt that it is going to happen very soon. The coal exit commission is a massive endeavour that consumes a lot of political attention, and it’s difficult to fathom that they would run several commissions in parallel. They would rather follow on one another – and the questions arising in other sectors are even more complicated than those regarding coal. I think all of these things will come up again in the runup to the Climate Protection Act in 2019.

I must say that the government’s stocktaking in general is remarkably transparent and open. We consider the latest report compiled by the new government a realistic description of the problems we’re facing, even though we’re still more sceptical than the policymakers are on many aspects. What is lacking, however, are the measures and resolutions that could be derived from such a thorough stocktaking. But there is a clear readiness to identify the things that don’t work well, maybe even more so than in the past. Still, we had to insist that changes are needed urgently in several areas, and close external monitoring will also be needed in the future.

After its official confession that Germany’s 2020 climate target will be missed by a wide margin, the government now focuses on the 2030 emissions reduction target instead. The monitoring report says that the 2030 target will not be met either if no changes are made soon, and that the goal of expanding the share of renewables in power consumption to 65 percent by that year is in danger, too. Do you think the government’s targets for the end of the next decade are realistic?

Well, it’s important to point out that no problems are solved by simply stretching our time horizon by ten years. The 2030 goals are very ambitious, both with respect to general carbon emissions reduction and to individual sector-specific targets. These latter targets do not exist across the board in Europe, and bringing the CO2 output down promises to be a difficult task as well. The less we do in the next few years, the heavier this challenge will become, and we cannot just buy time by shifting the focus from 2020 to 2030. We must address the different problems now.

The report also says that the Energiewende has lost public support and acceptance in recent years. Could you explain why this is so, and what this means for the energy transition’s future course?

We believe that public acceptance needs to become an important indicator for any meaningful Energiewende monitoring – especially since we haven’t even implemented the most controversial measures yet. For now, we inform people about why the energy transition is carried out, and we also incentivise them with support policies for renewables, efficiency, and so on. But once we implement policies that will require sacrifices on a personal level, the question of public acceptance will become more and more central.

In the surveys we see nowadays, people broadly support the abstract concept of the Energiewende. But their approach is likely to change if we look at the implementation and individual impact of policies that put a burden on people’s everyday life. The question is whether there will be support if people realise that the energy transition does not only produce winners and cannot be had free of charge. All these things need to be considered in the Energiewende Monitoring Report to allow policymakers to find answers and remedy problems.

You propose to expand the Energiewende monitoring to the international level, meaning that you advocate assessing the progress made in other countries as well. Could you explain what this might look like?

We have worked together with colleagues from France and the UK already last year, and produced a first document in the G20 framework. Colleagues from China and India were involved in that as well. The idea is that we face quite similar problems in many countries in the world. Exchanging our experiences in energy transformation in a uniform monitoring format could achieve a lot here, I believe.

We can render things more transparent by making developments in different countries comparable – especially if an international monitoring group rather than the national governments is entrusted with this task. We want to learn from one another – and not just sell the Energiewende as a ‘success model made in Germany’ to other countries. It is important to understand how we can move forward in climate action together