Factsheet
Germany might be headed towards a new chapter in its political history with a governing coalition of the conservative CDU/CSU alliance, the economic liberal FDP, and the environmentalist Green Party looming as a real prospect for the first time ever. But turning a so-called 'Jamaica' coalition into reality might prove difficult as the parties involved traditionally stand for diverging political philosophies in many policy areas. CLEW reviews the potential coalition’s biggest energy & climate stumbling blocks.

A “Jamaica” coalition, dubbed this way since the party colours black (CDU/CSU), yellow (FDP), and green (Greens) mirror the Caribbean country’s flag, is regarded less of a problem for party leaders. German Chancellor Angela Merkel is said to be open for a coalition with the Greens and has already governed with the FDP in her second term until 2013. Also Green co-leader Cem Özdemir and FDP head Christian Lindner have started to sound out how their parties might get along earlier this year and are said to be on good terms at a personal level.

However, a deep-rooted scepticism among the Greens’ left-leaning support base towards the economic liberals bodes ill for smooth coalition talks and efficient cooperation in government. The largely incompatible positions of Greens and the right-leaning conservative party CSU, which takes its sister party CDU's role in Bavaria, is also seen as a potential barrier to a Jamaica coalition.

The controversial issues include the handling of large numbers of migrants and asylum seekers, the future of European integration, or a tax reform. But although all parties have committed themselves to the Paris Climate Agreement, their approaches differ widely on how to curb the country’s greenhouse gas emissions and solve other Energiewende-related problems.

Protecting the climate and environment is an integral part of the Greens’ political identity, which makes it unlikely that the party will be ready to make major concessions in this policy field. In an interview with the Tagesspiegel, former party leader Renate Künast said the Greens would be “out of their mind if they don’t focus on addressing climate policy during the coalition talks”.

The Greens’ climate policy spokeswoman, Annalena Baerbock, has called the FDP’s stance on climate “schizophrenic”. The Free Democrats officially backed the Paris deal, but were obstructive when it came to renewables expansion and emissions limits, she told Handelsblatt. Her party calls for a national climate protection law that would entail “binding and projectable goals” for cutting carbon emissions.

At the party leaders’ first meeting after the 24 September election, FDP head Christian Lindner said that climate policy would not pose an insurmountable obstacle to the coalition talks. However, he stressed that his party would work towards boosting “market-based principles” in climate protection efforts. In the past, Lindner also said that Germany ought to abolish its “unrealistic” national CO2 reduction targets, and align them instead to the European standards in order to safeguard its economic assets and the stability of its national grid.

In its election manifesto, the CDU/CSU refers to Germany’s Climate Action Plan, which was introduced in the previous legislative cycle, and vows to implement it “step by step”, suggesting that it does not plan to scale the conservative alliance’s ambitions either up or down. However, as Germany is currently at risk of missing its 2020 climate targets, Chancellor Merkel has recently promised her government would “find ways to meet our target by 2020.”

Maintaining its market-based approach, the FDP calls for using the European ETS to force industry actors to pay for emission certificates. Furthermore, it wants to reduce emissions in the most economically efficient way. The party advocates for extending the ETS from industry and manufacturing to the transport and construction sectors, and for integrating the European ETS with similar trading schemes around the world.

The Green Party also considers the ETS a potentially useful tool for efficient emissions reduction, but argues that the system has been in place for years without delivering the desired effects. The Greens therefore call for a minimum price for certificates “beyond” the ETS. Unused certificates should be deleted to gradually increase prices, the party argues.

The FDP, however, strongly objects to such a minimum price – much like the CDU/CSU, which rejects any “interventionist” climate protection policy. Chancellor Angela Merkel has argued that to avoid “a distortion of competition”, a global carbon market was needed instead of nationally determined prices.

The future of coal-fired power production, which is Germany’s single largest source of CO2 emissions, is also likely to lead to discord. The Green Party is adamant that the country’s “20 dirtiest coal plants” must be shut down immediately, and coal must be phased out completely by 2030.

Baden-Württemberg's  influential Green state premier Winfried Kretschmann has said that no red lines were set out before the coalition talks, but stressed that “a quick end to coal-fired power production” was among the “particularly important” topics for his party. In its election programme, the Green Party has called for a “coal exit law” that would cater to those immediately affected by an end to coal mining and coal power generation.

For the conservatives and the FDP, exiting coal ranks much lower on the list of priorities. They do not even mention a “coal exit” in their election programmes. Instead, the CDU/CSU says that a “long term” phase-out of fossil sources is indeed a goal, but rather than by 2030, they aim for the end of this century. The FDP says that fossil sources will remain “indispensable for the foreseeable future”, and again put their trust in market forces to shape the future structure of energy supply.

Although these topics have been controversial within the Green Party itself, it eventually opted for including a ban on internal combustion engines in newly registered cars by 2030 in its election programme. The chair of the Greens’ parliamentary group, Anton Hofreiter, has argued that only a compulsory switch to emissions-free engines can ensure that Germany’s automotive industry maintains its strong position on the global market. “It either manages to come up with competitive zero-emission vehicles, or it will get into deep trouble due to dwindling demand”, he told CLEW.

The CDU/CSU also acknowledges that Germany’s car industry needs to prepare for the potential breakthrough of electric cars, and endorses boosting national capacities for battery cell production. However, just like the FDP, they reject a sweeping phase-out of combustion engines. Chancellor Merkel says “the approach is right” but refuses to fix a date for the end of fossil-fuelled engines. The CSU even called a combustion engine ban a red line for coalition talks.

FDP head Lindner calls a ban on the sale of petrol and diesel cars “economically damaging, ecologically questionable, and practically impossible”. He says his party is not convinced that e-cars will be the dominant technology in the future, and wants a technology-neutral competition for modern engines. Referring to the dieselgate emissions fraud scandal involving Germany’s most important carmakers, Lindner also suggested that the EU’s car emissions limits may need to be relaxed. He called the debate over harmful NOx and CO2 emissions “hysterical”.

Although influential Green politician Kretschmann, as well as the party’s co-party leader Cem Özdemir, have referred to a give-and-take approach to the combustion engine debate, they are unlikely to back guarantees for diesel car owners such as ruling out diesel driving bans for inner cities, as the CSU has done. 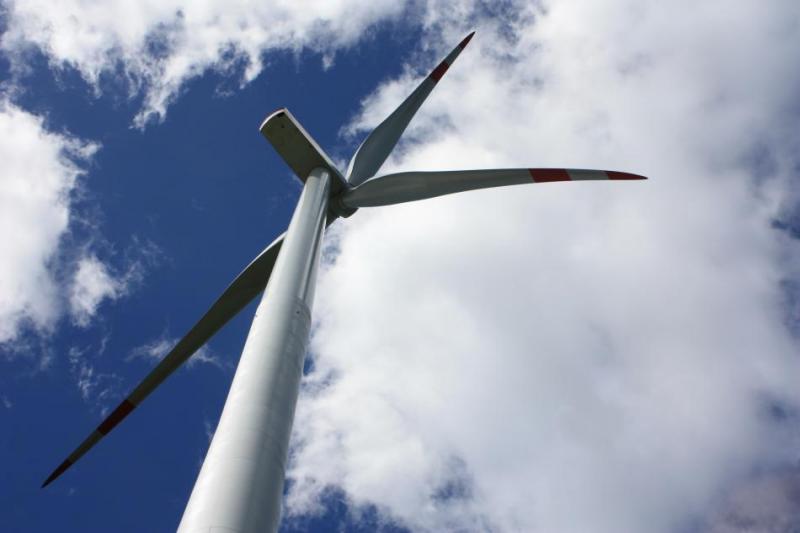 The Greens’ and the FDP’s ideas on the future funding and expansion of solar panels, wind power turbines, and bioenergy plants are hardly compatible in many respects. The Green Party strives for boosting the share of renewables from the current 35 percent to no less than 100 percent by 2030, and it aims to do away with expansion limits. To achieve this, the party wants to further develop the existing support schemes within the framework of the Renewable Energy Act (EEG).

On the other hand, the FDP and the CDU/CSU intend to phase out support payments and strengthen market-based instruments for renewables expansion, such as the new renewable energy auction system. FDP leader Lindner has called for ending the “dreadful permanent subsidies” for renewables. His party rejects fixed expansion targets and wants to include non-renewable sources in “technology-neutral” tenders. However, the rapid decline in renewable energy costs might ensure that fossil sources get pushed aside anyway.

Wind turbines could also turn out to be a distinct source of conflict. The FDP, as well as the CSU in Bavaria, have recently endorsed stricter rules on wind turbine distance to the nearest residential property lines, and introduced a construction ban in environmentally sensitive areas. For the most part, the Greens oppose these restrictions. However, since these regulations mostly fall under federal state law, the national government's legislative influence in this regard is limited.