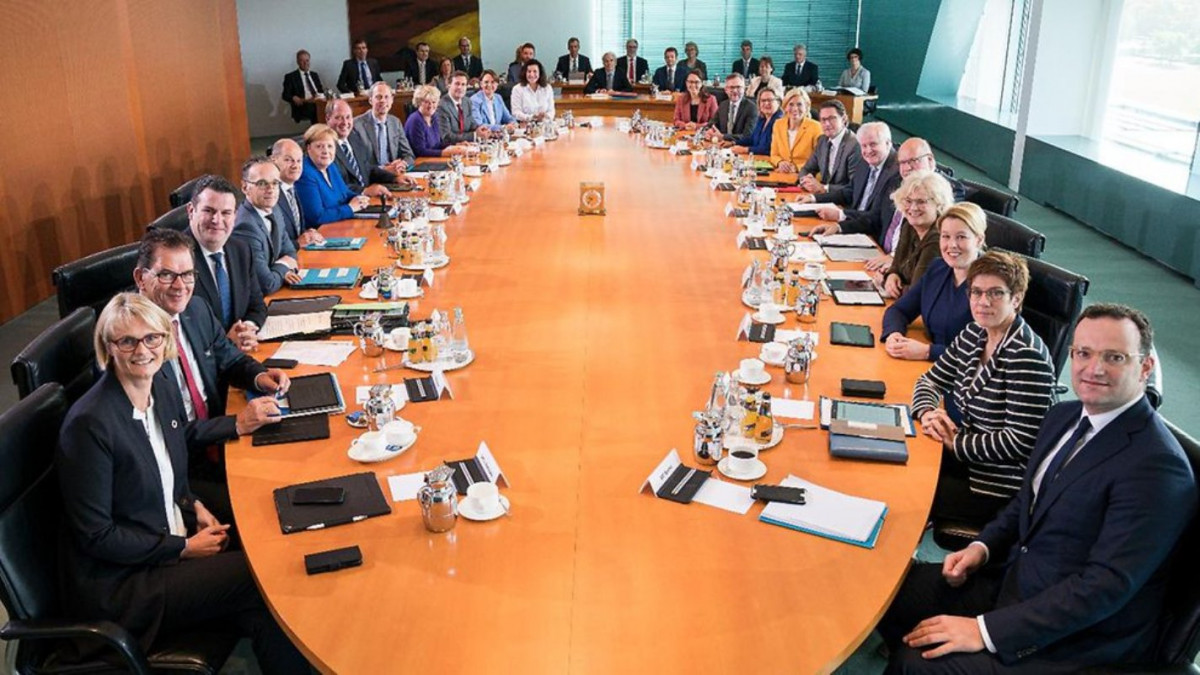 “Much has already been achieved, a lot remains to be done,” said the German government about its mid-term review. Photo: Bundesregierung/Kugler.

Industry experts, researchers and lobbyists give the German government mediocre mid-term marks for its climate and energy efforts - while Chancellor Angela Merkel’s coalition has presented a largely positive self-evaluation. In what commentators see as mere “political accounting”, the government listed achievements so far as well as plans for the remaining two years of its reign. Experts and the government agree that a great deal remains to be done, such as implementing the coal exit, ensuring sufficient renewables expansion and pushing ahead with the proposals the climate cabinet adopted in September. The mid-term review is seen as a key for the Social Democrats’ conference in December, when the party aims to decide whether to continue the coalition with Merkel’s conservative CDU/CSU alliance. To read the detailed review by energy and climate policy observers, click here.

German Chancellor Angela Merkel’s government cabinet has presented a detailed and positive evaluation of its work in the first half of the legislative period, even as climate and energy experts gave mediocre marks. All agree that there is still a lot to get done in the remaining two years of the shaky coalition.

“We have no time to lose when it comes to energy transition and climate action,” German Energy Agency (dena) head Andreas Kuhlmann told Clean Energy Wire. “A great deal remains to be done during the second half of the legislative period.”

Katherina Reiche, chief executive of local utility association VKU, said that there are many positive aspects to the government’s climate package decided in September, such as the introduction of a CO2 price in transport and buildings and support for e-mobility. “However, progress depends on concrete legal implementation, which must now be pushed forward quickly.” Reiche singled out lagging wind power expansion as one of the biggest issues for the future decade.

Kuhlmann calls on the government to show it is still able to effectively shape policy. Policy experts have long wondered whether the government coalition of Merkel’s Conservatives (CDU/CSU) and the Social Democrats (SPD) is stable enough to make the required headway.

Much has already been achieved, a lot remains to be done.

Falling polls and several defeats in state and EU elections caused some, especially the SPD, to question whether to continue with the fragile government bond. It plans to decide about the future of the coalition at a national party conference in December. “Permanent uncertainties about the stability of the government are obviously not helpful,” said Kuhlmann.

Lagging progress on key energy transition and climate goals prompted the government coalition to promise necessary action to reach 2030 targets when it took office after difficult and prolonged coalition negotations at the beginning of 2018. After years of booming renewables, Germany's planned transition to a low-carbon, nuclear-free economy – the famed Energiewende – has slowed in recent years. Emissions remain too high to reach climate targets, renewables expansion has slowed, and initiating changes in sectors such as transport has proven to be extremely difficult.

A lot remains to be done – government

The partners agreed in their 2018 coalition treaty to evaluate their work at the legislative period’s half-time. The government has now presented its 83-pages review, a key document for the Social Democrats’ decision.

“Much has already been achieved, a lot remains to be done,” the government summarised in a press release. The document reviews the measures announced in the coalition treaty, and includes paragraphs on future plans for each policy area.

On climate and energy, the government highlights the adoption of its climate package from autumn 2019, including the Climate Action Law, the Climate Action Programme 2030 and the proposed national CO2 pricing system for transport and buildings. It also points to the coal exit commission and its recommendation to exit coal by 2038, the law on economic support for coal regions as part of the coal exit package, the introduction of special auctions for wind and solar power plants to help reach renewables expansion targets, the new power grid expansion acceleration law, new EU fleet CO2 limits for cars and trucks, and the extended e-mobility support.

The coalition’s plan for the remainder of the term is to implement the measures laid out in the climate package. This includes a coal exit law, raising renewables expansion caps, introducing minimum distance rules for wind turbines from the nearest settlement to increase acceptance, strategies for climate-neutral fuels such as green and grey hydrogen, an energy efficiency strategy in 2020, aligning the motor vehicle tax with CO2 emissions, and support programmes for climate-friendly mobility and carbon capture and storage (CCS) research and development.

In an opinion piece in conservative daily Frankfurter Allgemeine Zeitung, Jasper von Altenbockum called the document “political accounting”. He argued that “a coalition that knows why it exists and what it wants does not need to deliver a mid-term review”. Altenbockum said that every item on the positive side of the review is “also severely compromised. The coal exit? A good thing if it were not so inefficient and therefore expensive. The Climate Action Law? It would be a good thing if it were not so frittered, timid and badly communicated”.

The coming months and 2020 hold a packed climate and energy schedule for the German government.

According to European non-profit organisation for policy transformation E3G, Germany enters this time with a heavy burden, as the climate package was insufficient to reach climate targets. With the plans, “Germany will enter the ‘ambition year’ of 2020, culminating in the German presidency of the Council of the EU, the EU-China summit, the enhancement of the Nationally Determined Contributions (NDC) and COP26, carrying a major burden,” said climate & energy policy advisor Alexander Reitzenstein and researcher Felix Heilmann.