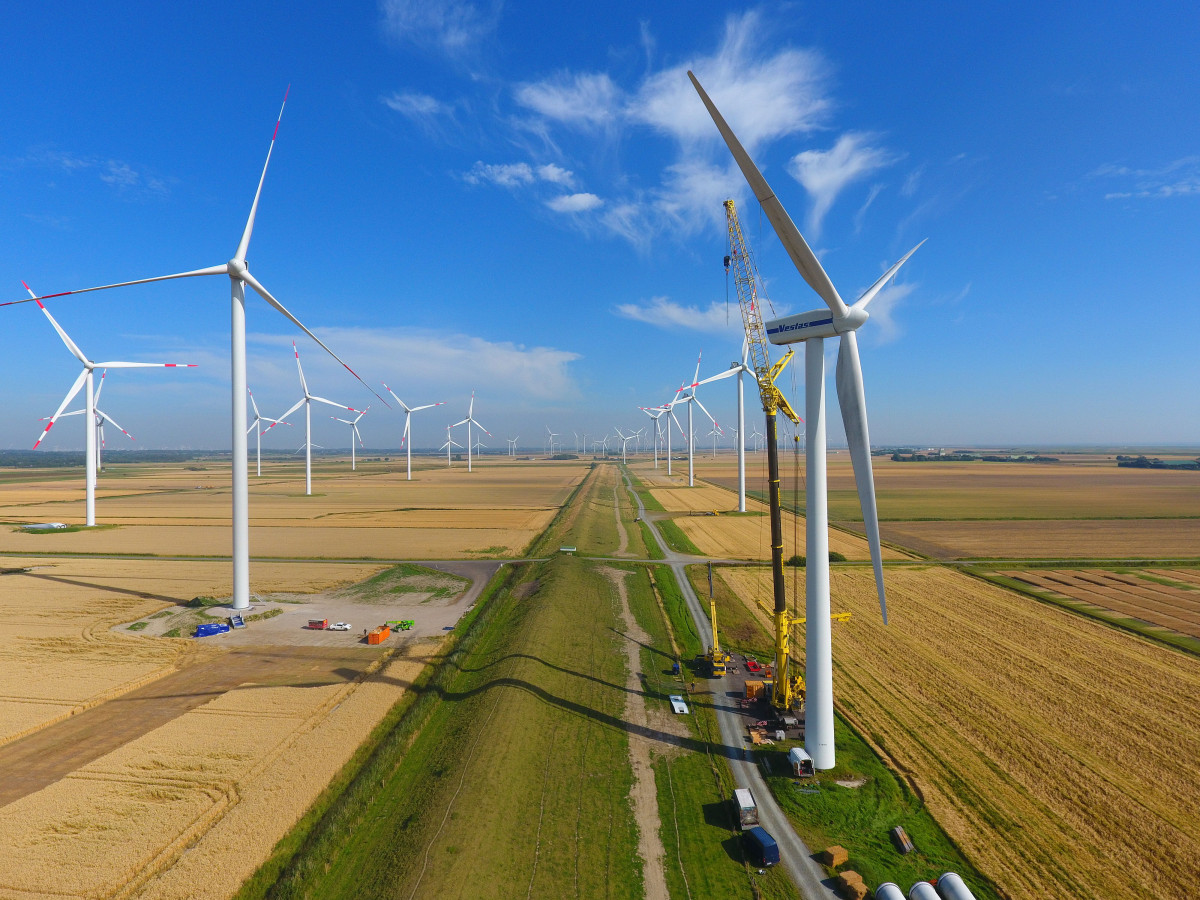 The state election in Lower Saxony on 9 October is the first major vote in the country since the energy crisis fueled by Russia's war has started to take a toll on the German economy. The ballot in the state that hosts most of Germany's vast wind power capacity therefore is seen partly as a mood barometer for the national government's crisis response under the leadership of chancellor Olaf Scholz. His SPD party hopes to keep governing the important northern industry state and to replace its current conservative coalition partner CDU with the Green Party - despite plans to ramp up fossil power capacities in the coastal region.

The upcoming state election in Lower Saxony on 9 October is overshadowed by the energy crisis and seen as a judgement of the federal government’s response. The ruling coalition parties in Germany’s largest wind power state, the Social Democrat (SPD) under state premier Stephan Weil and the conservative CDU under economy minister Bernd Althusmann, are the main opponents in the first state election since the energy price hike has started to bite into household budgets and companies’ business prospects. The state CDU therefore aims to shift the voters’ focus on the crisis policies of the federal government under SPD chancellor Olaf Scholz. A victory of Althusmann’s party in northern Germany’s Lower Saxony would mean that “the time of the [federal government] coalition is already coming to an end”, Althusmann told Rheinische Post. However, the CDU is trailing behind the SPD in all polls for the state election.

On a national level, the “traffic light coalition” of Scholz’s SPD, the Green Party and the pro-business Free Democrats (FDP) has suffered losses in polls in recent months, partly due to voters’ criticism of its response to the war in Ukraine, inflation and the energy crisis. The conservative CDU/CSU alliance has taken the lead in national polls, and the Greens have also overtaken the SPD.

Lower Saxony’s government is the last remaining “grand coalition” of the formerly dominant parties CDU and SPD at the state level, whose leading position is increasingly challenged by the Green Party, newspaper Süddeutsche Zeitung reports. The Greens rank third in the polls and aim to replace the CDU as Weil’s coalition partner of choice. Rising energy costs and supply security are the leading concern for many voters, but, apart from crisis’s the national dimension, responses at the state level also play an important role in the vote.

Premier Weil aims to turn the coastal state into an energy hub which, besides the further expansion of wind and solar power, also includes liquefied natural gas (LNG) import infrastructure and new domestic fossil fuel extraction projects in the North Sea, close to protected marine areas of the Wadden Sea. A survey among the state parties’ top candidates energy policy plans conducted by Environmental Action Germany (DUH) found that the SPD, the CDU and the FDP all also endorse more natural gas extraction in Lower Saxony. The state is one of the few areas in Germany with some - albeit limited - gas reserves. The Greens, on the other hand, insisted the state should rather aim for a complete phase-out of fossil energy capacities by the mid-2030s.

NGO warns against “renaissance” of the state’s natural gas industry

The environmental NGO warned of a “renaissance” of the state’s natural gas industry that could cause severe damage to ecosystems. DUH said new domestic reserves could only be made available by 2024, thus not helping in the current crisis, which is why all efforts should be directed at renewable power expansion. Lower Saxony is one of the few areas in Germany with some - albeit limited - gas reserves and the state government earlier this year announced plans with the neighbouring Netherlands to exploit more gas reserves in the two countries' territorial waters.

In the energy price crisis, for which Germany’s federal government recently launched a massive relief package worth 200 billion euros, Weil’s state government has earmarked almost one billion euros for relief measures in the state that is home to Germany’s largest carmaker, Volkswagen, and several other industry heavyweights, while Althusmann calls for further national relief measures and a runtime extension for the state’s last remaining nuclear plant Emsland, which is slated to go offline on 31 December.

Business association IHK Niedersachsen said the energy crisis caused by Russia’s war is causing great uncertainty and anxiety among companies in the state and posed one of the greatest risks for the economy in Germany’s modern history. It therefore called for urgent investments in a secure raw material supply and renewable power expansion indispensable for the next state government. In particular, re-powering projects for replacing old wind power installations, faster turbine licensing and also a rapid completion of LNG import infrastructure would be needed to make energy available and affordable for the industry, IHK stressed. Strenghtening renewable power production capacity as well as green hydrogen infrastructure is seen as a major advantage for regions in northern Germany, which have plenty of experience with integrating renewables due to the fast growth of their wind power industry, both offshore and onshore, in the past decades.

The state CDU leader already unsuccessfully campaigned against Weil in 2017, and the SPD state premier continues to be the favoured option of most voters at a personal level. Weil, whose party polled at 33 percent ahead of the election, is ready to swap the CDU (28%) for the Green Party (16%) as coalition partner, but the polls suggest he could be forced to include the FDP in a coalition with the Greens to reach a majority – if the FDP surpasses the 5-percent threshold needed to enter into parliament. A coalition between the CDU and the Greens, an option that prevailed in two recent state elections, is only possible if Althusmann’s party manages to overtake the SPD in the election.