Clean Energy Wire is stepping up its business coverage and exploring how the commercial landscape is being transformed by Germany's energy transition. To showcase the upheaval underway in the world’s fourth largest economy, we've launched a series looking at start-ups that aim to disrupt entire industries, propelling them towards carbon-neutrality. Number five in our series: Green finance platform Bettervest.
Obtaining initial funding to start a renewable energy project or invest in energy efficiency can be a very difficult task for small companies - especially if they hail from developing countries. Meanwhile, many small-scale private investors want to avoid putting their savings into environmentally questionable projects, but often struggle to find clear alternatives. Start-up Bettervest from Germany wants to bridge this "investment gap" by enabling investors to co-fund profitable emissions reduction projects with relatively small sums of money, bringing together groups of lenders and borrowers often overlooked by conventional banks. The crowdfunding platform, which was born from a start-up competition in the banking capital Frankfurt, intially focused on efficiency projects in Germany. But it has since has progressed towards providing capital for energy projects in Africa, India and elsewhere.
Clean Energy Wire spoke with Bettervest founder Patrick Mijnals about unexpected rates of return, German citizens who take a stable power supply for granted and why he does not see conventional banks as competitors.

other start-ups in this series 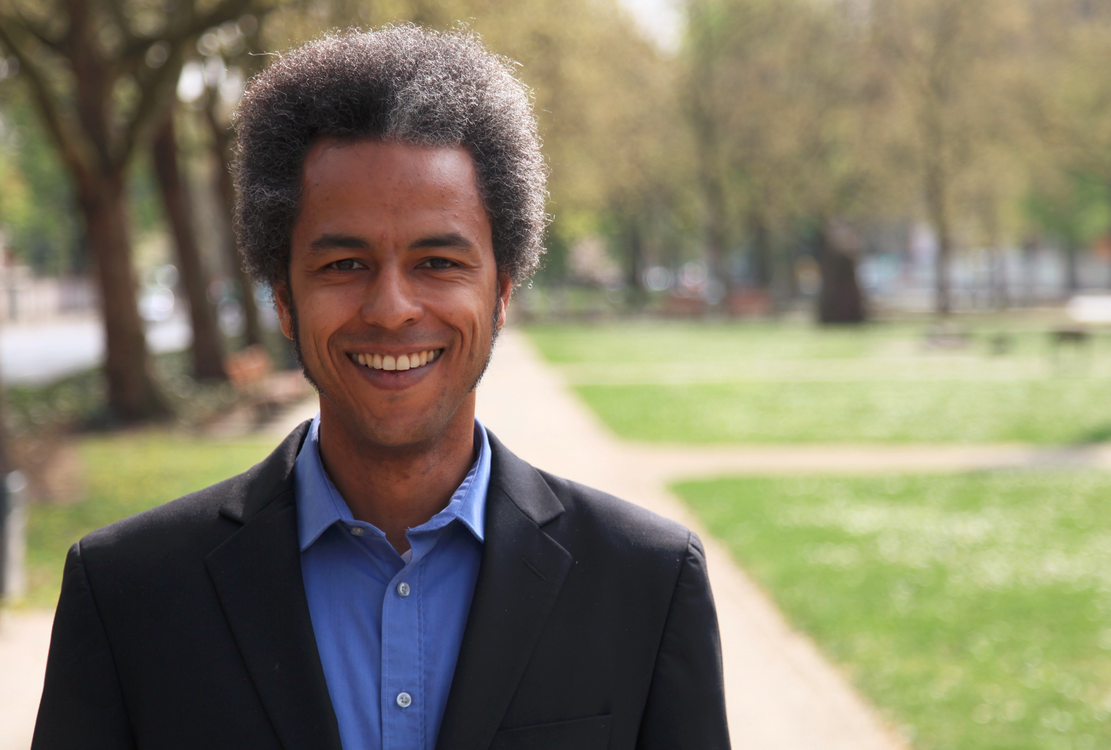 Patrick Mijnals: We function as an intermediary between two parties, namely private small-scale investors like “you and me” that want to invest relatively small amounts between 50 and 10,000 euros in energy-related projects, and on the other hand companies that implement these projects, such as solar power operators or energy-efficiency service providers. They generate revenue either by producing or by saving energy, which is then redistributed among the crowd. For the customers, Bettervest gives access to a whole range of projects that they are unlikely to be offered by a conventional bank.

These regularly pay a high interest because they also carry a relatively high risk, something that we always stress to investors. But you also have quite a high impact with these investments from an ecological perspective, since they’re always about saving carbon emissions, but also from a social perspective, for example when a project provides energy to remote areas in developing countries. So you could say that it’s a little more than a simple monetary investment. It’s good to see that also the “conventional” finance industry has started to make sustainability a more prominent topic but it remains a niche phenomenon nonetheless.

Could you outline what a typical project looks like?

A lot of our projects focus on areas where a secure energy supply is scarce, for example regions in developing countries that are far away from the next power grid connection. These so called off-grid projects are meant to give places that so far relied on a diesel generator or similar technology a stable supply that does not include the costly and dirty transport of fossil fuels over hundreds of kilometres. There’s a high hurdle for many communities in developing countries to switch their power supply to solar energy because initial investment costs are so high, and let diesel generators at first appear much more economical.

However, the long-term costs of solar power are much lower. There’s no need to buy any more fuel, maintenance costs are lower and operation is much more affordable. Many people in these areas can afford to operate these installations, but not to set them up in the first place – and that’s where our crowdfunding approach comes into play. We can help to initiate projects that then generate enough money to pay off the loan as well as a return.

You say that returns on these projects can be very high but that this also comes with a greater risk. This sounds like a fairly common cost-benefit analysis also made routinely made by banks. How come they haven’t picked up this kind of projects as well if there’s money to be made?

Generally speaking, conventional financial market actors tend to avoid above-average risks. Moreover, our projects tend to be rather small in size, so there are no huge amounts of money to be gained from individual loans. This “investment gap” concerns projects that have a greater volume than so-called “microfinance” schemes, but are not as big as large government-driven projects that institutions like the World Bank finance. It’s a problem that many of those active in development cooperation are familiar with.

You have relatively few actors that handle sums of, say, one or two million euros and this is what we are currently focussing on. So, we don’t really consider ourselves as a competitor of conventional banks but rather as a supplementary service provider for a certain target group.

So you are targeting a group that is often overlooked by banks?

That’s right. On the investors’ side we mostly have small-scale actors that can only invest a limited sum of money. Among these investors there are some who seek to diversify their investments to maximise returns and also hold conventional assets via banks. If their Bettervest investment is also sustainable, they are happy to take that along.

Then there’s another group who primarily want to make sure that their money is invested in a sustainable way and to do something with it that has a “meaning”. There are only a few companies or foundations that are invested with us, though we strive to expand this engagement with more “professional” investors in the future by also emitting bonds.

On the credit taker side, we usually have small and medium-sized companies that have solid finances but are not “heavyweights” that could undergo huge investments by themselves. These often collect part of their capital via crowdfunding and part through conventional loans. 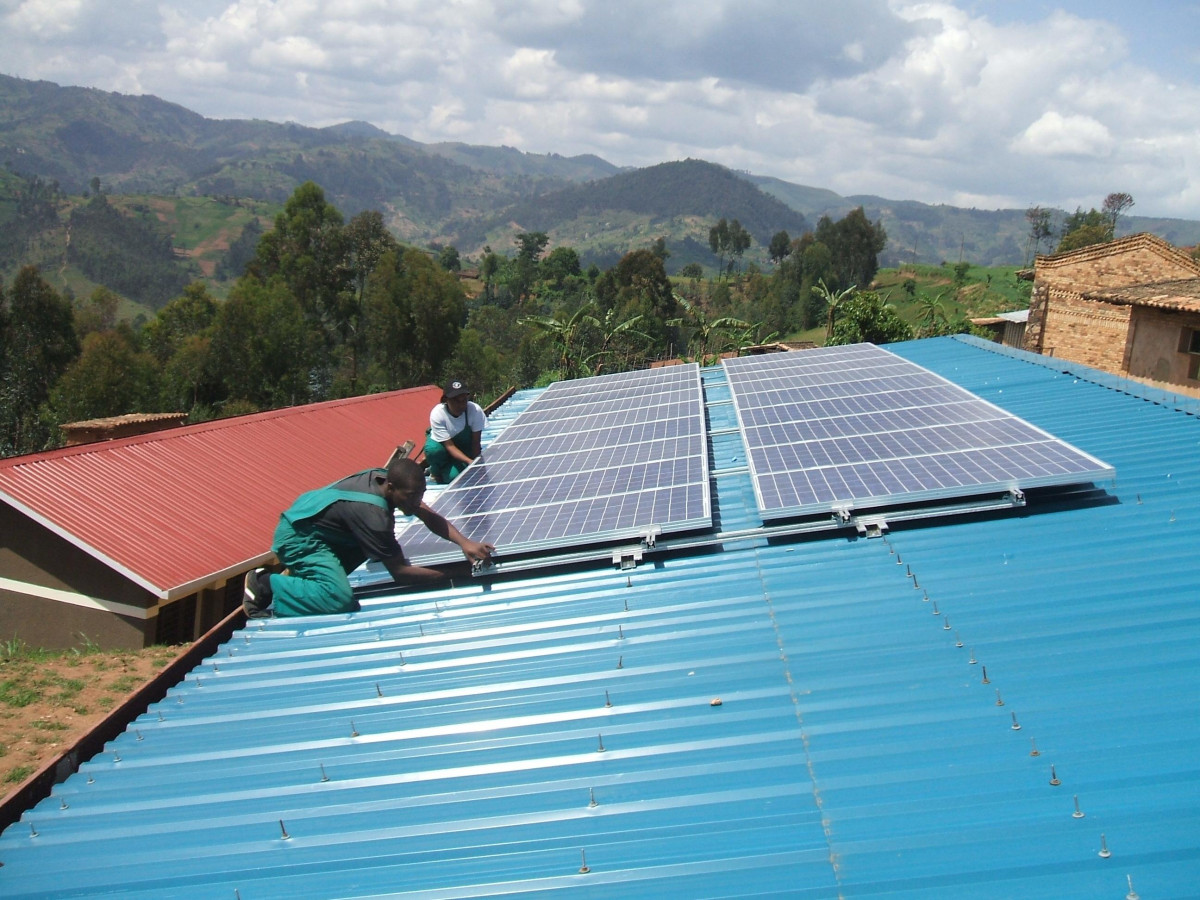 Off-grid installation in Africa: the initial funding of renewable power projects is often hard to come by in developing countries. Photo - BSW Solar

How do you decide which projects are suitable for your funding model?

Any project that we invest in must have been proven by an energy consultant to have a high potential for generating earnings and reducing emissions. A positive economic feasibility analysis is the starting point on which we base every further step. We have to make sure that the entire risk is contained within the concrete measure that we help to finance and that the credit taker is otherwise solvent.

Then it also depends on the kind of technology that is being used, which is why we often also rely on external service providers, for example for solar power projects, who help us to assess the economic feasibility. We always provide transparent and detailed information on these analyses to potential investors to make sure they know what they are signing up for.

If substantial savings can be made from investing in energy-efficiency and similar projects, why do companies still often shy away from it or only reluctantly start to overhaul their consumption patterns? Are there any structural hurdles to it or do people simply don’t know what they miss out on?

There a several factors at play here. First, the energy supply in general often doesn’t figure high on a company’s list of priorities. It takes a lot of time and effort to map out a strategy for optimising one’s energy consumption and usually cannot be done without external advisors, and often companies are simply unaware of efficient technologies that are available to them. And then there’s the aforementioned hurdle of high initial investments in energy efficiency, which only pay off over a longer period of time.

But isn’t Germany supposed to be a leading location for energy-efficiency investments, given the political importance the topic has been given by consecutive governments?

There’s no simple answer to that. Of course there’s a higher average degree of energy efficiency in Germany than in many other countries, but since the energy supply here is also relatively stable and secure, people often tend to take it for granted. Owners of buildings, factories and other energy-consuming assets therefore often don’t really consider how they can eke out greater efficiency in heating, lighting, hydraulic systems and so on.

Would you say that the political context in Germany is conducive to what you are doing?

Well, of course there are many things that could be done much better if you ask me. But to be fair, it would probably not be any easier in many other countries and often we complain about what some might label as ‘first-world problems’. Basically, though, the German debate still focuses too much on great future developments that may or may not materialise someday rather than looking at what can be done with the tools and skills we already have.

I would, for example, advocate for imposing higher standards on efficient material use in construction, since much of available potential remains untapped. The mantra about remaining “open to new technology” becomes void if it means that existing solutions are shunned in favour of supposedly better but non-existing solutions. The ‘technological revolution’ is already there, people just have to join in.