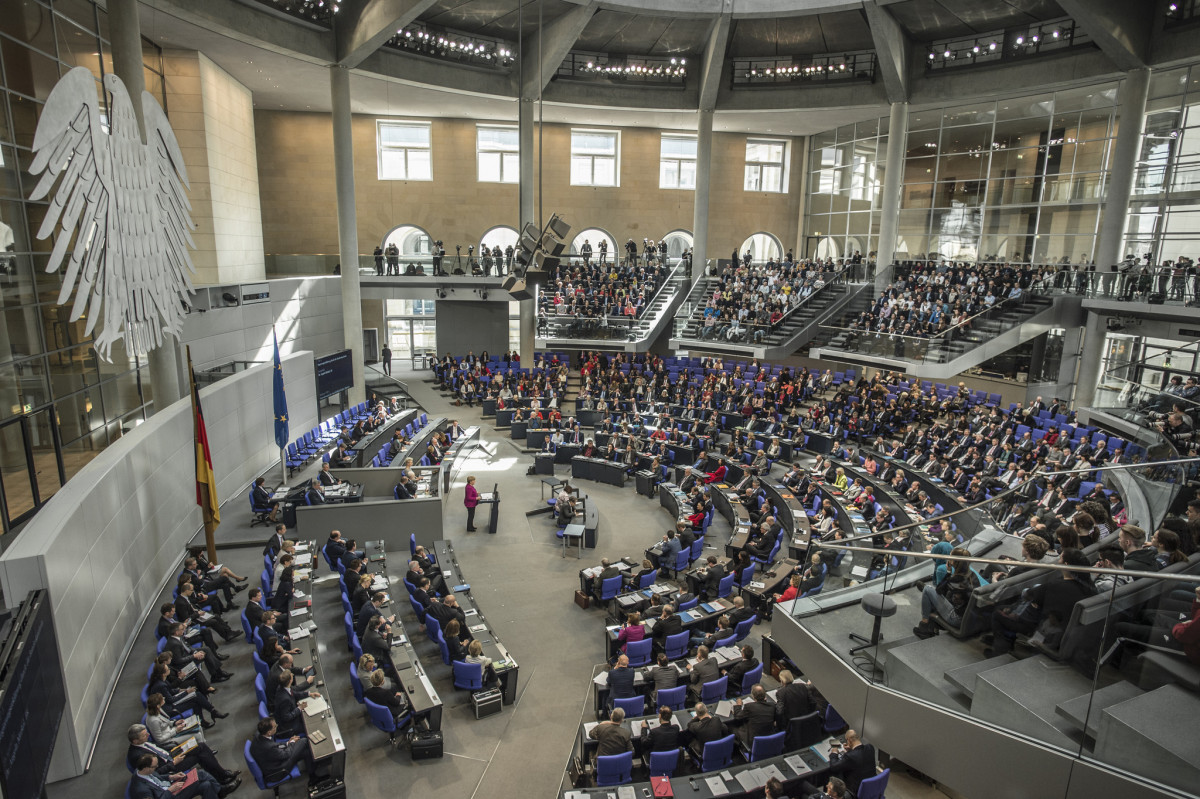 Germany’s parties are hastening to put together proposals on how the country can reach its national and international climate targets as pressure from recent election results, ongoing climate protests and an early heat wave continues to mount. Germany’s environmental protection agency UBA also weighed into the debate with its own proposal for a fast start to putting a price on emissions.

Germany’s major parties are hurrying to present plans on how the country can get a grip on greenhouse gas emissions reduction as calls for more ambitious climate action continue even as parliament enters its summer break.

Leaders of German Chancellor Angela Merkel’s coalition partner, the Social Democratic Party (SPD), decided on a ten-point-plan, which calls for the adoption of the Climate Action Law as drafted by environment minister Svenja Schulze, also a Social Democrat. The plan also proposes putting the coal commission’s recommendations for a German coal exit by 2038 into law, and making sure the 65-percent renewables share target by 2030 can be reached. Provisions for CO₂ pricing remain vague, but call for a change in Germany’s energy taxes and levies system.

“We must deliver in the second half of the year,” said deputy SPD parliamentary group leader Matthias Miersch in a statement. He added decisions needed to be taken this year on the Climate Action Law, legislation on the coal exit, and the 65-percent target. “I promise this to the Fridays for Future movement.”

Germany’s environmental protection agency UBA has also published a paper on how to make carbon emissions more costly. The agency suggests to start with a top-up to existing taxes and surcharges on fossil fuels for heating and transport. In return, the proceeds should be paid back to households through a “climate premium,” and a cut to the renewable energy surcharge. “It’s important that we start quickly to give CO2 a price,” UBA president Maria Krautzberger told conservative Sunday newspaper Frankfurter Allgemeine Sonntagszeitung, adding that a new CO2 tax directly based on emissions was difficult to implement quickly in Germany’s legal system. Poorer households should get extra help, e.g. through financial support when buying energy efficient appliances or for switching to public transport, Krautzberger said.

Germany is increasingly under pressure to find ways to reach European climate targets, especially in buildings and transport, where emissions are stagnating. While the energy sector and big industrial plants are covered by the European Union Emissions Trading System (ETS), other sectors fall under the EU Efforts Sharing scheme. Here, Germany must reduce emissions by 38 percent by 2030 compared to 2005, and it could end up having to pay billions of euros from its state budget to buy emission rights from other countries if it does not manage to significantly lower its greenhouse gas emissions.

We must deliver in the second half of the year.

To avert such payments and bring the country back on track for 2030, Merkel set up the so-called climate cabinet, a group of ministers with key responsibilities related to climate issues, which plans to introduce necessary legislation by the end of 2019. The cabinet will also look into CO₂ pricing as a possible instrument, starting with a meeting on 17 July. Merkel’s conservative CDU/CSU alliance is struggling to find a joint position on the issue and has debated various concepts, from introducing a CO₂ tax to expanding the ETS to transport and buildings.

Merkel’s conservative CDU/CSU alliance itself has announced it plans to adopt its own comprehensive climate concept by September. However, the conservative parliamentarians are struggling to find a common position on CO₂ pricing, reports Tagesspiegel Background. Some favour the idea of expanding the ETS to transport and buildings, but Merkel has said this approach was "not expedient" in light of the urgency, as a unanimous decision by all EU leaders would be necessary.

The influential CDU premier of lignite mining and industrial state Nord Rhein-Westphalia, Armin Laschet, reiterated in the Frankfurter Allgemeine Sonntagszeitung that the party would present its own CO2-price model. This should include a cut to the electricity tax and the renewable energy surcharge, as well as relief for Germany’s Mittelstand (small and medium-sized companies that are often family-owned).

The business-friendly Free Democratic Party (FDP) is next due to present its assessment on expanding the ETS to transport and heating. The party disagrees with Merkel’s statement that a unanimous agreement by the European Council is necessary.

The opposition Green Party presented a proposal for a “Joint Federal and State Emergency Climate Action Programme” to journalists in Berlin. It calls for a speedy implementation of the coal exit commission’s recommendations, as well as the planned Climate Action Law. The Green Party is also calling for CO₂ pricing, which it says should be balanced out by abolishing the electricity tax and paying out 100 euros in “energy money” per year to citizens.