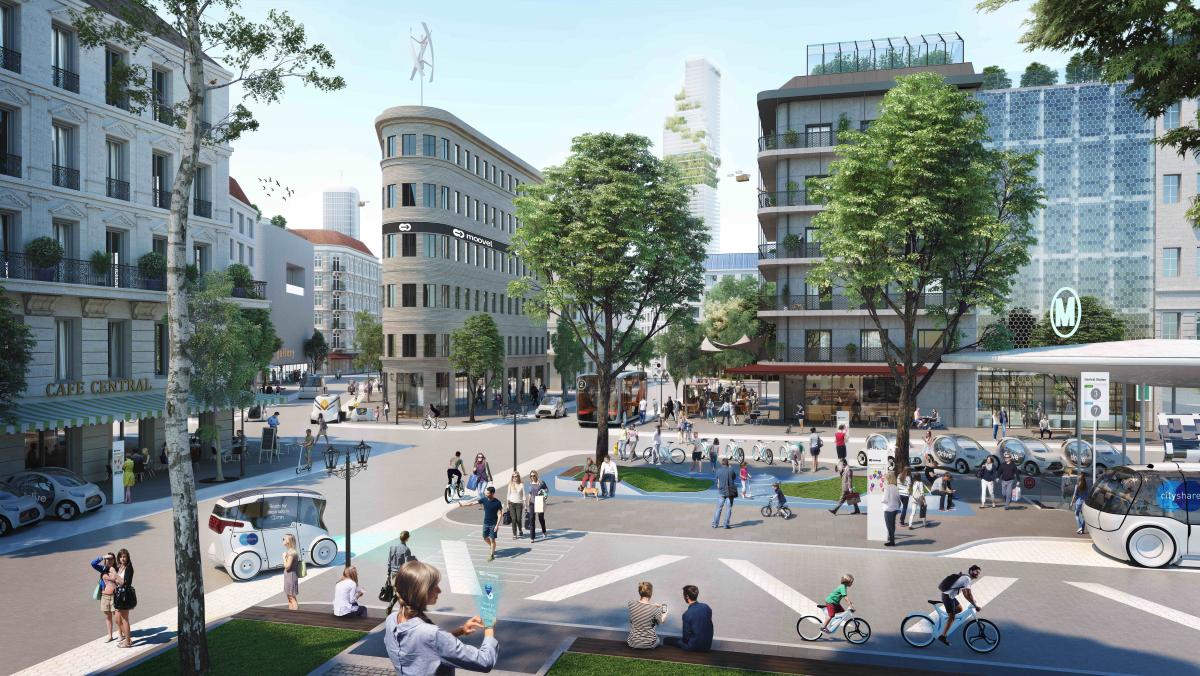 Germany's new “National Platform Future of Mobility” (NPM) is to develop a strategy on the “future of affordable and sustainable mobility” by the end of 2018. Copyright Daimler 2018.

The German government has launched a new advisory panel to reduce transport emissions in line with national climate targets. The task force will broaden the focus of an earlier panel concentrated on electric cars, to discuss the entire mobility sector. Environmentalists welcomed the new approach, but warned the work of the new mobility commission could not be taken seriously if the government continued to lobby against strict car emission limits at EU level.

Germany's government agreed on Wednesday on a “National Platform Future of Mobility” (NPM) that will replace the “National Platform for Electric Mobility” (NPE). The new task force – which was called for in the coalition treaty at the beginning of the year – is to develop a strategy on the “future of affordable and sustainable mobility” by the end of 2018.

The task force is meant to develop proposals on how to reach the official target of cutting emissions in the transport sector by 40 to 42 percent by 2030 compared to 1990 levels. It mirrors the work of the country’s coal commission in the transport sector. The government wants to incorporate the suggestions in a climate protection law due in 2019.

Energiewende home country Germany struggles to clean up its transport sector, where emissions have remained roughly unchanged for decades as efficiency gains were eaten up by increasing traffic volumes. [Find all the background in our dossiers on transport, the car industry, and the freight sector]

Chancellor Angela Merkel, who has called transport the "big problem child" of climate policy, said the revolution in the car industry was not only caused by alternative propulsion technologies, but also by automated driving. “The car as such will change massively in the decades to come, as will mobility habits. Therefore, it’s a good thing that we now discuss the entire subject of mobility beyond electromobility on a new platform,” she said at a press event.

The new commission is headed by former SAP manager Henning Kagermann, who already headed the NPE. He will be joined by representatives from ministries, states, municipalities, businesses, unions, as well as transport and environmental NGOs.

Environmental NGO Nature and Biodiversity Conservation Union (NABU), which will join the new commission, said the new task force was “a big opportunity to reach a broad consensus in society on how to transform our mobility system.” The NGO added ambitious EU emission targets for cars and trucks in the coming decade currently under discussion were “the most important lever” to reduce CO2 emissions in transport. “The government has not decided on a position yet, but if it continues to step on the brake like it did in the past, it would reduce the work of the NPM to absurdity,” said NABU head Leif Miller. “Every CO2 reduction not realised at the European level must be compensated at the national level by more ambitious measures.”

Germany can only reach its 2030 climate targets for the transport sector with ambitious EU car emission limits and a host of additional measures, according to a study by the Institute for Applied Ecology (Öko-Institut) and the International Council on Clean Transportation (ICCT). In a business-as-usual scenario, emissions will only fall by 11 percent instead of at least 40 percent by 2030, resulting in a gap of around 50 million tonnes of CO2, according to the study.

In its last progress report, the NPE says that Germany will not reach its target of getting one million electric vehicles on the road by 2020. “Given current market dynamics, the target of one million will likely be delayed to 2022,” states the report, which says the number of e-cars in Germany will likely reach 2-3 million by 2025.

Transport and town planning consultant Klaus Beckmann, who was a member of the now disbanded NPE, also stressed it was important to address the subject of clean mobility in a much broader setting. “Sustainable mobility must involve all means of transport, not just cars,” Beckmann said. He added the commission would have to address many thorny issues and warned this would require a lot of time.