Hot summer turns up the heat on Germany’s coal commission 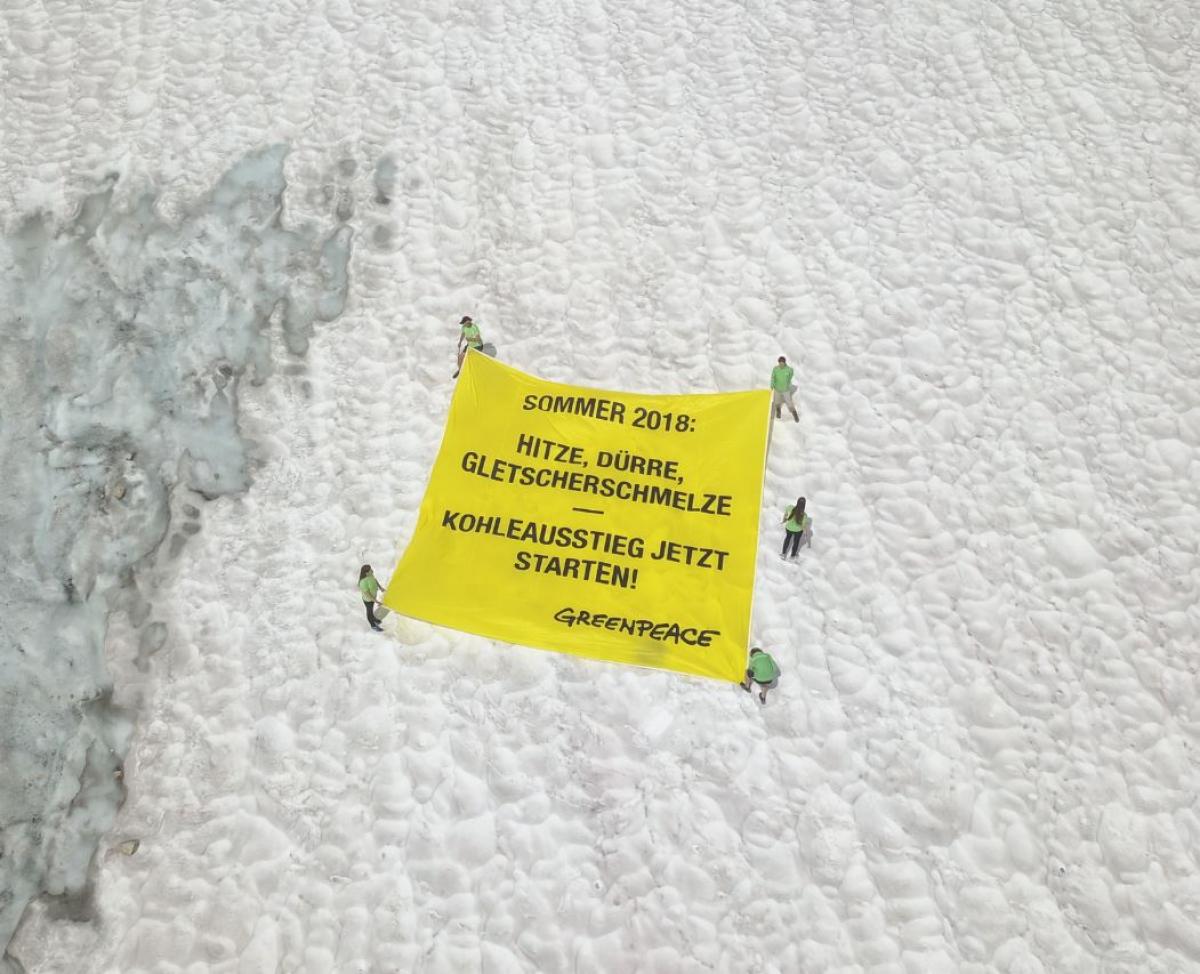 Record-breaking temperatures and a prolonged drought have increased public pressure on Germany’s coal-exit commission to make climate change mitigation its top priority. Countless media reports are invoking the extreme weather as a harbinger of the country’s future if governments – including Germany’s – fail to immediately curb carbon emissions. Environmental activists and Green Party politicians said the heatwave demonstrated the urgent need for a rapid coal exit.

Germany’s prolonged heat wave and drought have triggered calls for a rapid coal exit amid ongoing official talks on how to phase out the climate-damaging fossil fuel.

“The current heat wave indeed puts more pressure on the government to react immediately to reduce emissions,” energy economist Claudia Kemfert from the German Institute for Economic Research (DIW) told the Clean Energy Wire. “The coal commission will now also get more pressure from the public to show results that the coal phase out starts soon and will be finished not later than 2030.”

In a bid to improve Germany's poor emission reduction record and to identify economic perspectives for people employed in the waning coal industry, the government has set up a commission tasked with managing the definite phase-out of coal-fired power production in the country. By the end of the year, the commission is to name a coal-exit date. Despite Germany’s shift to renewable power – a policy dubbed “Energiewende” – emissions have remained stubbornly high in the world's fourth largest economy because of continued coal power use.

“We are in the midst of the climate crisis and it will increasingly become worse. The rapid speed of climate change stands in sharp contrast to the snail’s pace of policy,” said Greenpeace spokesman Thilo Maack. “[Chancellor Angela] Merkel’s coal policy fuels extreme weather,” the activists had previously projected on top of a cooling tower of a lignite power plant near Leipzig.

In a joint position paper, the World Wildlife Fund for Nature (WWF) Germany and Germanwatch similarly invoked the heat wave to call for a rapid decommissioning of coal-fired power plants. “Heat and drought are harming people and nature both in Germany and worldwide – and yet the federal government still takes no action,” according to Michael Schäfer, head of climate protection and energy policy at WWF Germany.

Green Party Chairwoman Annalena Baerbock expressed worry that the fledgling coal-exit taskforce – officially known as the “Commission on Growth, Structural Change and Employment” – would accomplish little to stave off climate change’s worst effects. But in fact a coal exit must be completed by 2030, she said. “The extreme summer underlines how urgent this is,” she said.

Countless media reports have also made the connection between the heat wave, climate change, and government policies. Germany’s most important news magazine Der Spiegel ran a title story proclaiming: “Germans get a taste of how climate change might affect their lives,” before concluding that the extreme weather could be “a wake-up call to prepare for a life with higher temperatures.” 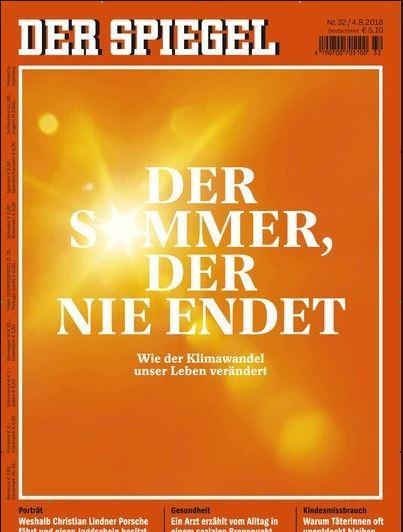 Media reports on climate change got a further boost by an alarming study co-authored by the Potsdam Institute for Climate Impact Research (PIK) exploring the risks that the Earth might slide into a “hothouse” state due to self-reinforcing feedback loops, even if national governments adhere to the central goal of the Paris climate agreement.

Georg Ehring wrote in a commentary carried by public radio broadcaster Deutschlandfunk that the dangers of a “hothouse Earth” were real and that Germany “brazenly ignored” its national emission reduction targets. Maike Brülls wrote in a commentary in taz newspaper that the heatwave should finally make people feel the meaning of global warming and make them understand that we urgently need to fight it. “Obviously, humans have to experience a certain amount of suffering before they start to act.” German tabloid Bild also repeatedly told its readers that heatwaves have become much more likely due to climate change. 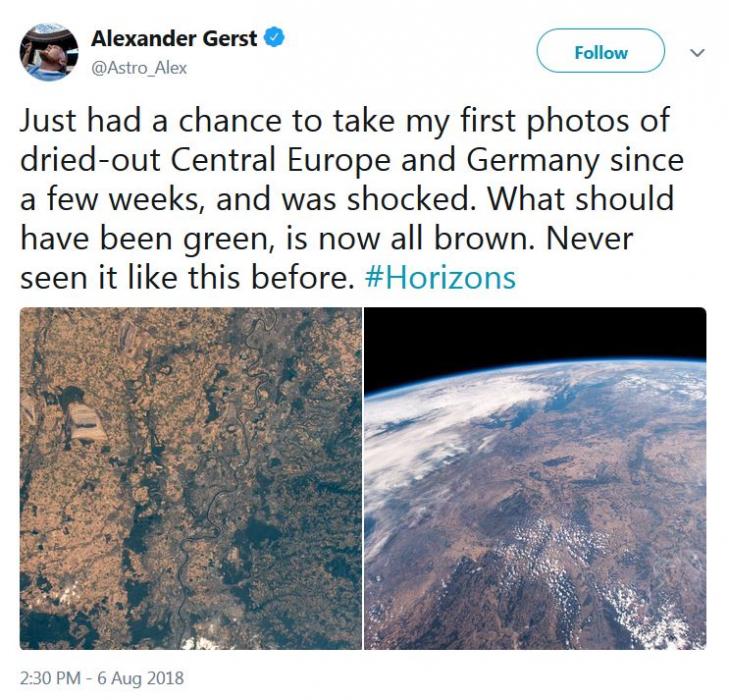 The heatwave fanned the debate about climate change in other European countries, too. In Great Britain, Michael McCarthy wondered in the Guardian whether this is “the heatwave that finally ended climate denial,” given that even the conservative tabloid Sun prominently covered the link between extreme weather events and climate change.

But while a Guardian editorial called on the government to push forward with the “decarbonisation of the electricity supply, heating and transport”, many German commentators failed to draw a direct link to ongoing coal exit talks.

“It’s the first time in a long while that media report on the causes and effects of climate change and the necessity of climate protection,” the DIW’s Kemfert wrote in a commentary. “The media seems only to report about climate change if people ‘feel’ that temperature is rising during a substantial heat wave,” she told the Clean Energy Wire.