In a far-reaching decision, eastern German energy company and operator of one of the country’s largest lignite mining operations LEAG scrapped plans by former owner Vattenfall to expand one of its lignite mines, and downsizing or putting on hold other development plans. While politicians and the industry said the company’s medium-term plans for the region still provided stability, other observes said the decision was the “beginning of the end” of lignite in Lusatia and Germany. LEAG’s move comes as a relief for those villagers who would have had to relocate. 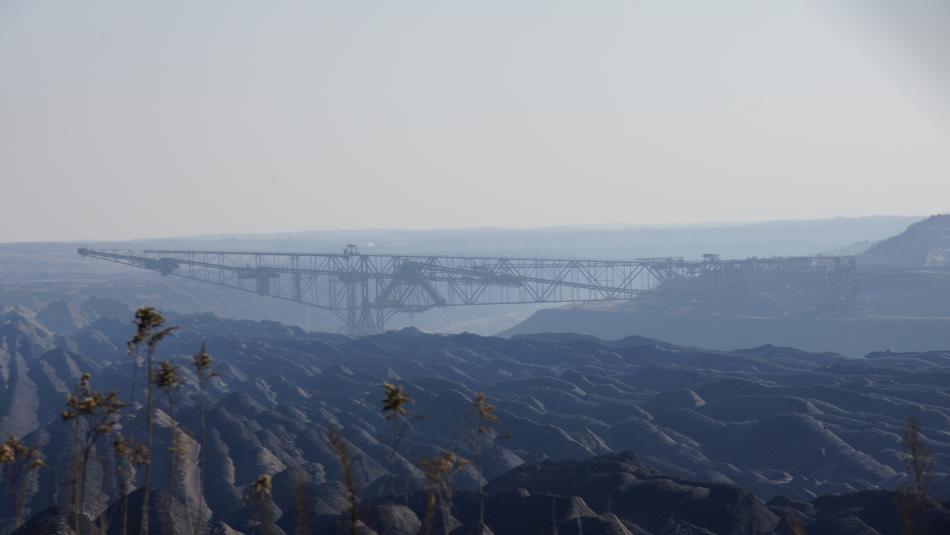 The government coalition of the conservative CDU/CSU and Social Democrats (SPD) has failed to agree on a law (GEG) that would set new energy efficiency standards for Germany’s buildings by 2019, Jens Tartler writes in Der Tagesspiegel. Social-Democrat Environment Minister Barbara Hendricks said the conservatives deliberately let negotiations on the GEG fail, giving up on an opportunity for Germany to serve as a role model on integrating climate protection into the construction of public buildings, Tartler writes. The CDU/CSU argued that the proposed efficiency standards were too ambitious and disproportionate to the impact they would have on climate protection.

“Severe setback for energy transition in the heating sector”

The German Energy agency (dena) says it regrets that the government failed to reach a compromise on the GEG, a bill that would have modernised energy efficiency standards for German buildings. In a press release, dena head Andreas Kuhlmann called the coalition’s disagreement "a severe setback for energy transition in the heating sector” which showed politicians lacked understanding of the heating sector’s importance to the energy transition. The law would not only have brought standards in line with EU regulation, but also given the construction sector better planning security, Kuhlmann said.

“A waste of precious time for consumers and investors”

The Federation of German Industries (BDI) called the government's failure to reach a compromise on the GEG, a bill that would have modernised energy efficiency standards for German buildings, a “waste of precious time for consumers and investors.” In a press release, BDI board member Holger Lösch said investments in efficient retrofitting of buildings had declined by 8 percent in the past five years, while building stock kept expanding. He said regulations should be simplified and fiscal support schemes defined following the federal elections in September, and detailed a “ten-point plan” of measures the next government should take.

Blockade by conservatives "prevents even smallest progress in buildings sector"

Green Party energy spokesperson Julia Verlinden told journalists the conservatives’ blocking of “even the smallest progress” in the heating sector would be “fatal” for climate protection. Verlinden's statement was made in light of the government's failure to reach a compromise on the GEG, a bill that would have modernised energy efficiency standards for German buildings.

The environment ministry of the federal state of Hesse has issued a licence to energy company RWE to dismantle the decommissioned nuclear plant Biblis near Frankfurt am Main, Frankfurter Allgemeine Zeitung reports online. “Nuclear energy is now a thing of the past in Hesse,” the state’s environment minister Priska Hinz (Green Party) said in the article, adding that the nuclear exit was now “irrevocable.” Operator RWE said it was “well prepared” for the plant’s dismantling and planned to finish deconstruction within 15 years, the article says.

For background, read the CLEW dossier The challenges of Germany’s nuclear phase-out.

Find a press statement by Nordex in English here.

“Energiewende – the next wave”

Getting the energy transition on track has been a difficult task with many setbacks, but conditions for “a second wave of Energiewende are pretty favourable,” Martin Brough writes in a new issue of Deutsche Bank Research’s magazine Konzept under the title “DeCAF – how to invest in a post-carbon world.”
"Consumers, corporates, utilities, debt markets, equity markets and technology drivers are all ready to push for a greener future,” Brough says. Being an early mover on green energy, Germany now has “the opportunity to reap the rewards” of energy transition. “Reforming pricing in power, carbon, transport and heat can allow markets to deliver a sustainable future, and provide a showcase for Europe and the world,” Brough adds.

Find the magazine in English here.

See the CLEW dossier The energy transition’s effect on jobs and business for background.

The world’s largest car manufacturing supplier, Bosch, plans to create more than 20,000 jobs worldwide this year to meet the demand created by digitalisation and e-mobility, the Tagesspiegel reports. The group currently has 390,000 employees, some 250,000 outside Germany. Germany's third largest supplier of car parts, ZF Friedrichshafen, meanwhile is also making changes. “ZF is grasping the opportunity of transforming itself into a leading technology company in e-mobility and autonomous driving,” the Tagesspiegel quotes ZF head Stefan Sommer.

Read more on the challenges the industry faces in the CLEW dossier BMW, Daimler, and VW vow to fight in green transport revolution.

“Power has no colour”

Paying extra for “green power” might help consumers' conscience but does little to advance energy transition, Jürgen Flauger writes on Handelsblatt Online. “The Energiewende’s success is determined in energy generation,” Flauger explains. Green power providers usually sourced additional renewable electricity from old hydropower plants instead of new solar or wind power installations, he says. “If one consumer receives their electricity from existing plants, another one will simply get a greater share of coal and nuclear power,” Flauger argues. Renewables growth is funded with a surcharge paid by all consumers and buying from green power providers has no impact on the energy mix, he says.

Read the CLEW factsheet What German households pay for power for more information.

"Gone with the wind“

The German government’s trademark Energiewende policy has failed, write Angela Hennersdorf, Niklas Hoyer, Andreas Macho and Dieter Schnaas in a feature article for business weekly WirtschaftsWoche. Despite ongoing high public support for the project, electricity is now politically charged and too expensive, and the country will fail to meet its climate goals, they say. In particular, the support system of renewables should be changed, as an array of reform proposals shows, they write.

Read a CLEW article on the debate on financing renewables.

“What is green and has no voters?”

Concerns over global warming are more and more pressing, yet the German party that addresses them most consistently struggle to maintain a solid voter base, Matthias Geis writes in weekly newspaper Die Zeit. Not only did the Green Party fail to enter the Saarland state parliament in recent elections, it is also polling very modestly in the far bigger state of North Rhine-Westphalia - where elections will take place in May - as well as at the federal level. The Greens were reluctantly on track to consider a coalition with the conservative CDU/CSU following the federal election in September, Geis writes. But since the Social Democrats adopted Martin Schulz as candidate for chancellor and their polling improved, the Green's situation has suffered, he explains. They must now decide which party they would prefer as a partner to make a plausible case for how to implement "their far-reaching ideas for change,” Geis says.

See the CLEW factsheet The Green Party’s draft election programme – a first look and the CLEW dossier Vote2017 – German elections and the Energiewende for background.